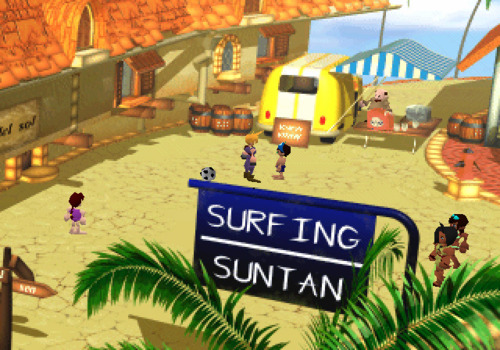 After more than two and a half years and almost three hundred posts, I’m taking a break from Toomanywires. I'm not entirely sure what I hope to achieve from a trial separation - this could be the beginning of the end, The END or just the break I need before a triumphant, wordy return - but this definitely feels like the right time to step away.

I've been considering packing in this blogging lark for some time, but a continued enthusiasm for writing and a constant supply of topics means that I have avoided, or rather put off, a dramatic farewell. Writing has been a huge part of my video game experience over the last four and a half years, and is not something I'd give up lightly. It started off as a way to share my thoughts as a Brit living in Tokyo, surrounded by video games; for a short while my blogging was fuelled by a desire to write for coin, but mostly it has just been about sharing a passion for games with an audience larger than my group of real-life friends (I have three "friends", with a fourth pending).

My interest in blogging has developed alongside a love of video games. I've been playing for over twenty years, but it's only in the last five that games have become a constant in my day-to-day routine. Writing has encouraged my gaming over that period, and vice versa, and I'm interested to see whether my playing habits will change without a blog pushing me to play more.

Internet fatigue has played a small part in my decision to piss-off for a bit. I'm fed up with the constant churn of online, video game nonsense, and if I see another article with a title like "The Most Terrifying Dinosaurs in Games" or "How morally objecting to (activity) in (game) helped me beat my confidence issues" then I will disassemble my computer, swallow the screws and sell my keyboard on EBay (I'll use the mobile app to post the listing). I should probably stop reading Kotaku!

The main reason for this self-imposed exile is a lack of time, as of late I have been struggling to do this site justice. I'm trying to fit too many things into too few hours, including revisiting my Japanese studies. Something has to give, and for now it's blogging. Also, my gaming routine has changed in the last six months, in a way that is not conducive to keeping an active blog. Whereas I once rushed through almost every new, major release, this year I have slowed down significantly. It's true that I'm not able to put in the hours I used to, but this change in approach is more a choice than a necessity. I no longer feel the need to play everything under the sun, instead sticking with the games I really enjoy, at the expense of having an opinion on all the latest releases.

My last month in video games has consisted of playing Monster Hunter 3 Ultimate - I fucking love Monster Hunter - and occasionally turning on my PS3 so I can shout at the PlayStation Store. Aside from a June break for The Last of Us, I don't see that pattern changing any time soon. I could probably stretch this new routine out into a year's worth of excellent blog posts, but I'd be the only one reading them. Not that that's ever put me off.

Originally, this was just going to be a "no-updates-until-E3" post. It wasn't supposed to be an exit blog but, as it turns out, it probably is. Only it definitely isn't, though it probably is. If it's okay with you, we'll call it a non-committal exit blog, the first step in an experiment of non-blogging. So, in conclusion, here's a picture of Iwata looking at some bananas. Cheers for reading. 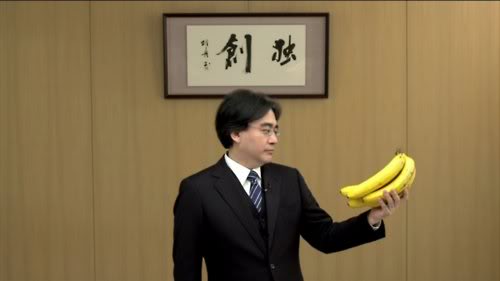