Showing posts from June, 2012
Show All

It’s been six months since I first got an iPhone . I’d not had much interest in Apple products previously, being unimpressed by their design, frustrated by a succession of faulty iPods and repulsed by the trendy iOS crowd with their haircuts and snazzy trousers. Even still, I was happy to accept the offer of a free upgrade to a 4S earlier this year and have been enjoying smartphoning and well-kept hair ever since. I had hoped to use my new phone as a gaming device, but a mix of video game snobbery, a love of home consoles and the arrival of the PS Vita in February resulted in my black rectangle being neglected as a gaming platform. I did make an effort in those first few days, downloading and even paying for Game Dev Story. Unfortunately, I never got past the screen where you christen your game, and thus Timesplitters 4 remains but a dream. I tried Metal Gear Solid Touch Lite-on Fun, which was absolutely riveting and thankfully free. The first few levels of Ghost Trick also
4 comments
Read more

Table Tennis and the Zombie Apocalypse

I was stuck in a room full of zombies. To be more precise, I was stuck in the corner of a room full of Japanese zombies. The camera was angled in such a way that all I could see was the grimy wall to which I was pinned, thanks to an unfortunate gathering of obstacles. The undead were only a few feet away, ready to chomp down on my snake skin jacket, desperate to trap me in a loop of stumble-bite-stumble. By the time I had finally gained control of the camera the pack was already upon me and I spent the next thirty seconds unsuccessfully trying to reload my shotgun, each time being interrupted by a salary man's corpse, burning through curative items until I finally got a shot off and cleared some space. Such encounters are common place in Yakuza: Dead Souls, a non-canonical addition to the Yakuza franchise that sees the seediest corner of Tokyo suffer a zombie apocalypse while the rest of the city, including the people just over the road, go about their business as usual. G
2 comments
Read more

Having been absent for the lion's share of May and then preoccupied with E3 for the first half of June, I have yet to share my thoughts on what I've played over the last six weeks. We all enjoy speculating about titles we’ve only seen from afar- Sony All Star Battle Royal looks shit - but today I thought I’d concentrate on the games I have played by way of a catch-up post. For the next thousand words I shall be a purveyor of truth, offering not the tease of conjecture but the nourishment of fact and empirical research. Basically, it's half a dozen quick reviews. As the proud owner of the Limited Edition Metal Gear Solid HD Collection - I've flicked through the art book twice and in twenty eight years I've yet to find the right occasion for a video game t-shirt - I recently took the opportunity to revisit Metal Gear Solid 3 and play Peace Walker for the first time. MGS3 is still one of my favourite games of all time, but I won't dwell on it here as I ho
9 comments
Read more

The Last Guardian is a mystery. First revealed in May 2009 and more than four years in the making, we still know very little about it other than a premise of boy and beast, gleamed from a handful of images and two or three trailers. In the summer of 2012, we seem further away from playing The Last Guardian than ever before. The spiritual successor to ICO and Shadow of the Colossus, it was formally announced at E3 2009 and was followed by a tantalising trailer at Tokyo Game Show later that summer. It has been deathly quiet ever since, as the next season of industry shows passed with little more than a rehashed trailer and talk of a 2011 release. I searched the huge Sony booth at TGS 2010 in hopes of finding a demo or at least some new footage, but like everyone else I left sweaty and disappointed (I'm convinced Sony heats its corner of Makuhari Messe). The following year was no better. Things would go from bad to worse in late 2011 as the head of team ICO, Fumito Ueda,
4 comments
Read more

E3 2012 Coverage: Round-up - Microsoft - Sony - Nintendo I enjoyed spending the last week wallowing in E3 negativity. I would have preferred a bevy of Vita games, Timesplitters 4 and a western bound Yakuza 5, but I knew that we almost never get what we want from E3. So I settled on making the most of the disappointment, and what a disappointment it was. Twitter gave off a collective, week long sigh and websites big and small bemoaned a lack of innovation and three days wasted on overly familiar games. Some high profile sites even questioned the necessity of E3 in a culture of all-year-round video game announcements. This final, E3 2012 write-up was originally intended as a do-over post, where I’d speculate on which companies would benefit most from having another crack at E3, as I did last year . I soon realised that almost all of them would welcome an E3 mulligan and that I'd struggle to keep such a post below 5000 words. So instead of dwelling on the countless mi
2 comments
Read more

After three days of dubstep, shotgun facelifts and overconfident suits talking about video games, E3 2012 has drawn to a close. For the most part it was a disappointment, as we saw Microsoft and Sony struggle to bridge the gap between this generation and the next. Unwilling to even allude to future hardware, Microsoft were unsure of what to do with themselves and Sony were content to send out conflicted messages. Nintendo played their next gen hand, and it looked like a slightly prettier re-run of the current. But there is more to E3 than the headline conferences from Microsoft, Sony and Nintendo, as the week saw countless show-floor trailers, demos and announcements. Of all the third parties, it was Ubisoft who made the biggest splash, providing highlights for both the Sony and Nintendo conferences, while proving to be the most dependable of developers. Far Cry 3 is fast becoming one of my most anticipated games of the year. I have fond, albeit selective memories of the
4 comments
Read more

This was the final of the big three, E3 press conferences. More games and announcements are likely to follow over the next few days, so keep checking back for updates, opinions and disappointment. Nintendo’s E3 2012 Press Conference The show opened with Shigeru Miyamoto lounging in his changing room, unaware of a herd of Pikmin trampling all over his shit. E3 really needs to step-up security. Miyamoto brought his CG mini companions to the stage and before you knew it they were clambering all over the audience. Despite knowing relatively little about Pikmin, it’s hard not to get enthused by Miyamoto with his childish grin and unfaltering enthusiasm. The reveal was of course for Pikmin 3 for Wii U, which drew a roar of approval from the crowd. It was all very colourful and charming and there was talk of new features, depth and strategy, most of which was completely lost on me. Still, it was an excellent opening gambit and as Nintendo as you'd like. Reggie Fils-Ai
9 comments
Read more

I’ll be following the Nintendo press conference later today and live tweeting at @toomanywiresUK. A Nintendo round-up will be posted sometime tomorrow. Sony’s E3 2012 Press Conference I was struggling to stay awake and the 2am start was not helping. A dub step powered opening nearly put me in a coma, though Sony did manage to mix in a few other genres in their extended, opening montage which succeeded in waking me up. Jack Tretton, who always remembers to dress up for these events and comes across rather well, was the host for the evening. He opened up by thanking the people who make this all possible - the gamers (that’s me!) - and then announced his unrequited love for Kaz Hirai. The Emperor stood and took a bow. David Cage was up first with Quantic Dream’s follow up to Heavy Rain, Beyond. The trailer, running in real time, looked very impressive but did not appear to show any gameplay. It’s all a bit supernatural and perhaps more action orientated than Heavy Rain; a
12 comments
Read more

I’ll be following the Sony press conference into the early hours – thank god for the Jubilee, four day weekend - and will be live tweeting to the best of my abilities @toomanywiresUK. My Sony round-up should be up at some point tomorrow, though the time difference will mean that it won’t be posted as quickly as this one. Microsoft’s E3 2012 Press Conference With a tall glass of Pimms – it’s a long bank holiday weekend here in the UK – and a screen full of windows ready for juggling, I was ready for the opening slice of E3 2012. Microsoft managed not to disappoint, initially at least, playing their strongest hand from the get-go with Halo 4. It started off live action, with a collection of vests and dog tags, before shifting to Master Chief and some exciting game play. I’m not a huge fan of the series, but even I couldn’t deny the quality of what was on show. Full of action and jungle-based blasting, it was rather impressive and set the bar high. With Halo 4 done for the
7 comments
Read more 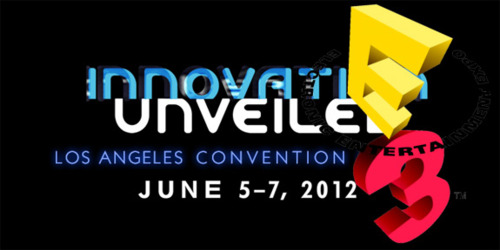 The Electronic Entertainment Expo 2012 is almost upon us. By this time next week you’ll be sick to death of phrases like "Cloud Gaming", "Kinect compatible" and "Reggie Fils-Aime", but for now every rumour is a welcome tease and we can't help but make wild predictions.  In reality, there might be a couple of mildly surprising announcements next week, but for the most part we already know what's coming: Nintendo will talk Wii U until they are blue in the face, then announce a new Mario, Sony will attempt to convince us that there is life in the Vita and Microsoft will milk Halo 4 for all it's worth. Bold Prediction #1 : During the Nintendo presser, Shigeru Miyamoto will drunkenly refer to Link as "that bastard boy in green" before throwing a punch at Reggie and sauntering off stage. Nintendo must dominate E3 with the Wii U and bury twelve months of luke-warm publicity. While the 3DS has gone from strength to strength, the W
11 comments
Read more
More posts