If Only I Had Time 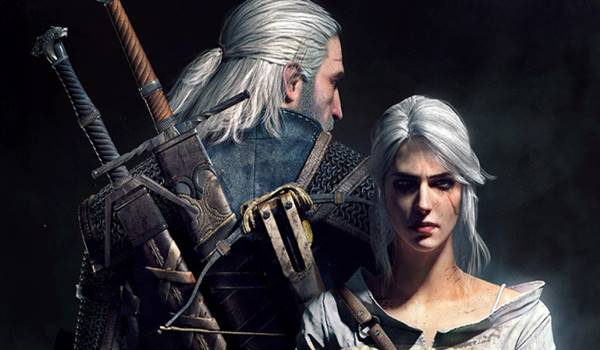 Between work, studying for next month's JLPT N3 exam, for which I'm hopelessly underprepared, and chasing after an increasingly mobile toddler, I just haven't been able to find the time to blog.

However, that hasn't stopped me from coming up with topics for posts that I'll never have the time to write. My email drafts are full of working titles and 100-word synopsises, most of which will never see the light of day.


Instead of letting all these topics go to waste, I thought I'd take advantage of a rare, quiet evening and cram a handful of them into a solitary post. These are some of the things that I wanted to blog about this autumn, pared down to just a hundred or so words a piece.

This is a glimpse of what could've been.

Witcher 3: Wonderful. It's been a great year for open world excellence

Metal Gear Solid V The Phantom Pain: Loved it, but see no.3

The Order 1886: Short, sweet and slightly better than you've been led to believe

Killzone Mercenary: More interesting than Shadowfall, but then most games are

On the slate for the rest of the year: Persona 4 Dancing All Night, Bloodborne DLC and Just Cause 3

We are off to Japan this month for a fortnight of family, friends and food. This November also happens to be the ten year anniversary of my move to Japan, and I had hoped to write something about my time there and the prospects of a future return. I might still post that at some point (I won't), but for now just know that we'll be there shortly and I'll be tweeting about our trip at @toomanywires_ . My shopping list is ready; passports and tickets have been tripled checked; my Vita and 3DS are full of games and we have enough new toys to keep our daughter happy during an 12 hour flight, if that’s even possible, which it isn’t. 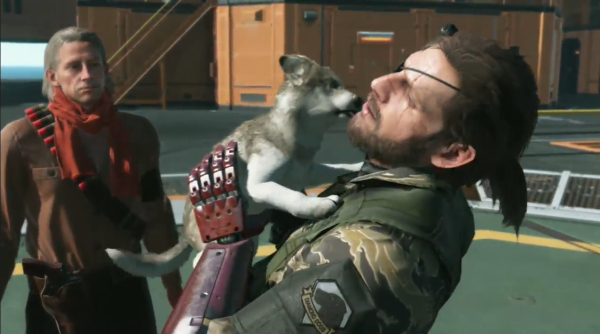 My quick draft for this post stands at 500 words; I clearly have a lot to say about the Phantom Pain! Kojima's farewell is one of the finest, if not THE finest open world games I have ever played. The gameplay mechanics are faultless, there is a wealth of content and you are free to approach most objectives however you see fit. However, Phantom Pain is unfinished and woefully lacking in its narrative delivery. Repetition of missions, story lines that simply disappear and a reliance on optional audio files to flesh out the narrative are a constant source of frustration. Phantom Pain is an outstanding game and I thoroughly enjoyed it, but with a bit more time it could've been sublime, and that's disappointing.

4. Destiny The Taken King - Am I Missing Out?

Apparently Destiny is really good now. I wonder if that is truly the case, or if its loyal supporters have simply convinced themselves that it’s true after a year of Dinklebot (RIP) and uninspired missions to uninteresting planets and dank vaults. If Destiny has changed from the dull-as-dishwater but mechanically impressive shooter I remember from last autumn, then maybe I am missing out. I have no idea how I was going to stretch this out into a 500 word post.

5. The Best of Video Game Music

In September I attended the Final Symphony II concert in London, where the London Symphony Orchestra, with a brief cameo from Nobuo Uematsu, played music from Final Fantasy V, VIII, IX and XIII. It was a wonderful evening out, and it got me thinking about my favourite video game scores.

Honestly, game soundtracks don't tend to register with me unless they are something special, but there are some tracks that I do hold dear. Final Fantasy VIII would’ve featured heavily in this post, alongside the Uncharted theme tune, Snake Eater, maybe something from Persona 4, and probably a couple of tunes from the 8 and 16 bit eras. More than anything, this would have been an excuse to rave about the Shatter OST. Again.

It really is good though.

6. A History in Trophies

I've been trophying on my PlayStations for seven years now. The first to ping was a lowly bronze in Dead Space; my first Platinum would follow a month or two later when I cleared Uncharted: Drake's Fortune. This post would’ve looked back at my gaming over the last seven years, as viewed through my trophy list.

I still enjoy hunting for trophies, as my level would attest, though I'm nothing close to a perfectionist - zero percenters don't bother me and I'll only go for a Platinum if I know that I'm going to enjoy getting it. The greatest pleasure I get from shinnies is when I peruse my trophy list and remind myself of the games I played and when I played them. The trophy list is a video game resume of sorts, a history of hours spent twiddling sticks and exploring new worlds. It is a cherished record that I love to dip into, one that brings back lots of great memories. I just wish I had a similar resource for earlier generations.

Games don't have to be happy experiences. There's nothing pleasant about Dark Souls, for example, but I still love it all the same. Max Payne is one of my favourite games about a depressed addict with a penchant for murder, but you won't catch me smiling while I'm playing it. Some games, however, are joyous experiences. Uncharted 2, Burnout Paradise, Sonic 1 & 2, Shatter and the Yakuza series will always make me smile, and they provide a different kind of entertainment to more serious, darker games that I also greatly enjoy.

Uncharted 2 and Dark Souls are two very different kinds of experiences, but no less worthy of my attention. Video games are good, aren't they?

My daughter has taken to turning on the PS3 and throwing the controllers around the room - she likes the sound it makes when it powers on and it's the only console she can reach from ground level. I really should put it away before it becomes yet another victim of her living room rampages.

2014 was the PS3's last hurrah - Dark Souls 2 was my Game of the Year, and I thoroughly enjoyed The Walking Dead S2 and Puyo Puyo Tetris. I do still have a mini backlog of PS3 games, but I'll never play any of them, though every now and again I will dip into an old PSN favourite such as Shatter or Trash Panic. I know I'm finished with my PS3, but I haven't the heart to put it away just yet. Despite its many problems, I don't think I've had more fun with a console than I have the PS3, and it’ll be a sad day when I finally retire it to the back of the wardrobe.
Contemporary Games Japan