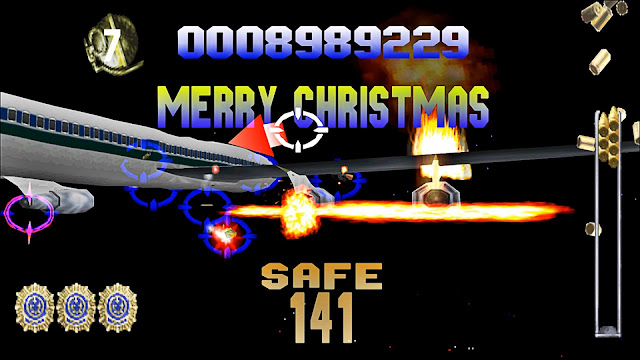 We're back in Japan after ten days well spent in England. We dined, drank, shopped, spent time with family and attended my brother's wedding, where I got thoroughly smashed and only slightly embarrassed myself delivering a best man speech to a hundred wedding guests. It was a lovely trip and I'm physically & emotionally exhausted.

The journey from Japan to England is a long one, around twenty hours door to door. The flight alone is eleven hours and is especially hard work with a two and a half year old who can't quite grasp why she can't step outside and go for a walk. She did take a nap, however, and allowed us a few hours peace, during which time I watched X-men Apocalypse, which was a perfectly acceptable in-flight film.

My attention soon turned to the copy of Edge magazine that I'd picked up in the airport. Nintendo Switch graced the cover and the feature was fairly interesting, though I can’t remember the last time that I was this disinterested in new hardware. Moving on, I was very pleased to see that Yakuza 0 received an 8/10. I’m encouraged by how warmly it has been received and am even considering revisiting it, as well as Yakuza 5, having played them previously in Japanese. I’m sure I would enjoy them even more in my native tongue. A DJ Hero retrospective brought back wonderful memories of scratching my plastic decks and I read the extremely positive review for Resident Evil 7 with great interest.

Back in England, I picked up a copy of RE7. I’ve since started it, but a serious bout of jet lag has thus far prevented me from getting properly stuck-in. I also bought XCOM 2, which I probably won’t play until later this year, but decided to pass on Final Fantasy XV and Nioh. I’m sure I’ll play the latter at some point, but my curiosity in FFXV has all but dissipated. I also stuffed a copy of Witcher 2 (Xbox One backward compatible), a Dreamcast controller and VMU in my suitcase, because I’m a bit odd.

Back on the plane, I almost managed to play my Vita. Unfortunately, my daughter woke up just as I was reaching for it and then spent the rest of the flight clambering all over me and demanding “funny faces”. Had she slept a little longer, I would have jumped back into one of the three games I’d been playing on holiday: Severed, Azkend 2 and Darkest Dungeon.

I put an hour or two into Severed during our ten days in England and was very disappointed. I was hoping for a more visceral Fruit Ninja, some adult swiping, but it wasn’t to be. I hated the aesthetic and was underwhelmed by the gameplay. I had intended for Darkest Dungeon to be my main squeeze, but I played very little. I liked what I saw, but it was Azkend 2 that I was playing each morning at 4am when sleep escaped me. A throwaway PS Plus game from a few months back, it is a deliciously addictive puzzler that I could not put down. Stylistically, it reminds me of the mini games you'd find on mid-nineties, PC encyclopedia discs – not a compliment – but it must've been doing something right.

As we touched down in Japan, my mind turned to Pokemon Go. I hurriedly turned on my phone and started looking for new monsters with silly names, which I soon found.

All hail Pokemon Go, the king of games.

I really need to get some sleep.
Contemporary Games