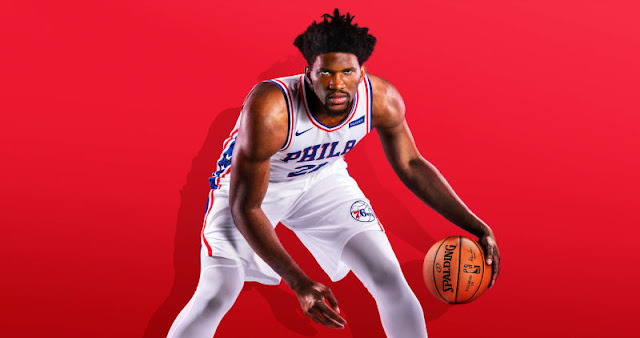 It was unceremoniously un-lived yesterday, at the outset of a run-of-the-mill earnings call. It's off the table for this financial year, but EA are teasing a new direction come next spring.

You'd be forgiven for thinking that EA's once-mighty basketball franchise expired many years ago. As dead as NBA basketball in Seattle, Markelle Fultz' jumper, or Delonte West's friendship with LeBron. It has been on and off again over the last decade more times than I care to remember, and I like remembering things.

NBA Live relinquished pole position to the 2K series a generation ago. I'm assured the latest two installments were decent, but that wasn't enough to save Live '20. The series has suffered countless embarrassments, including failed soft-relaunches and a disastrous demo for what would have been Live 2011. Riddled with glitches, the trial sunk what was supposed to be a triumphant return. The cancellation was so last-minute that some retail copies allegedly made it into circulation, and are now considered collector's items, hoarded by only the most sordid of individuals.

I like basketball. I had a short-lived NBA blog. I am the proud owner of a consistently unreliable, but fundamentally sound jump shot. I once dunked, when I was seventeen, with the aid of a slightly deflated ball and a loose interpretation of the travelling rules. There were several witnesses, but they'll all deny it, so don't bother asking them. I've followed the NBA and the Phoenix Suns since 1996, once had a subscription to SLAM magazine, and have yet to come across an NBA Sporcle quiz that I couldn't ace. And I used to like basketball video games, specifically NBA Live.

My first was NBA Live '97 on the Saturn. Don't roll your eyes at me! I've written about Live '97 countless time, so I'll refrain from boring you further. I upgraded to the latest instalment every 1-2 years, well into the mid-2000s. I played full seasons, meticulously edited my rosters to keep them up to date, and created my own versions of rookies and NBA legends. I mostly played alone, as was my want, but I'd also recruit my brother for short-lived tournaments that would always end in an argument.

"You can't pick the Bulls and the Sonics in the same tournament!"

"I called the front seat for Top of the Pops, ya' tit"

Somewhere around the mid-2000s, I lost interest. My taste in games changed, though my love of basketball never lessened. But more than anything, I just got bored of the same game, year after year, as did most of its audience. The NBA 2K series made huge strides and the balance of power began to shift. EA were slow to respond and couldn't get out of their own way. Live became an afterthought.

With the NBA more popular now than ever before, it's odd that there aren't more successful basketball games. We need a PES to 2K's FIFA, to keep it honest. Not that I'd play it, of course. I'm far too old and much too busy for sports games. Go SUNS!
Contemporary Games