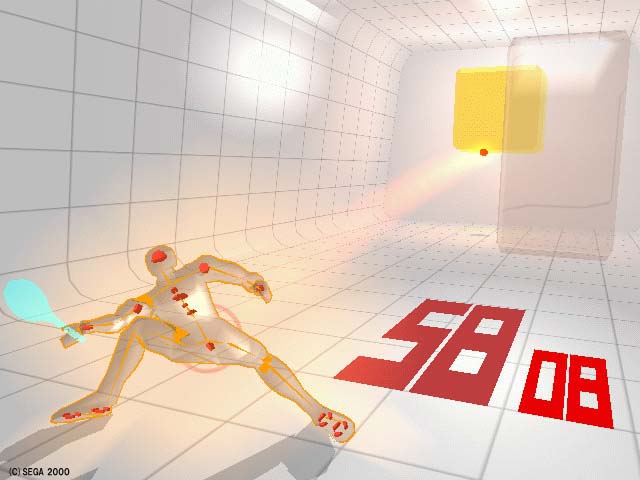 After a few attempts, I was able to post a score worthy of the Cosmic Smash Top Twenty rankings. The built-in, hi-score table - a low bar that is in no way representative of the scores that real humans were posting back in the early-2000s - now had my name on it.
But Cosmic Smash wanted more.
Upon completion, it gave me a 17-digit code that I could use to upload my total to www.cosmicsmash.com. As with any good arcade conversion, I was on the clock, and my precious passcode would disappear after 30 seconds. Intrigued, I snapped a picture and headed straight for my browser. Of course, the website was dead - a useless code for a long-since expired URL, and a leaderboard that no longer exists.
While the website may be defunct, the scores have thankfully been recorded for posterity. According to Wikipedia: "At last update, the highest score on the third-party leaderboard was a two-way way of 590,678,903—both entries by an English player named "Alex" with a listed age of 11."
Cosmic Smash was bested by a freakish eleven-year old. It comes in a DVD box, rather a jewel case, spits out cursed codes, and is MC'd by a stoned American who sometimes makes mistakes and corrects himself.
Cosmic Smash is fully haunted, and I fucking love it.
Cosmic Smash was originally a Sega Naomi arcade game, which was ported to the Dreamcast. It was a Japan-only release that arrived at the tail-end of that console's short-but-eventful life. It's often described as being a mish-mash of squash and Breakout, with a Rez-like futuristic visual style, and yeah, that about sums it up. I've always fancied owning it, and I pulled the trigger a few weeks back when a reasonably-priced one appeared on Mercari. Costing the same as a new PS5 or Series X game, I needed to justify the expenditure by promising myself that I'd play it fully and regularly. That has proven to be a very easy promise to keep.
I love its aesthetic, I love its simplicity, and I love that I can finish it in fifteen minutes. Varied routes to the finish line ensure longevity, but more than that it's the hi-score chasing that has made me return dozens of times over the last few weeks. I don't feel like I'm playing a 20+ year old game; it feels modern and immediate. My favourite retro games are often of the arcade-variety, as my enjoyment of that style doesn't diminish as time marches on. Their gameplay refinement enables them to endure, where other genre-games from their era appear primitive, at least in terms of gameplay. Try playing a third-person shooter from twenty years ago, and you'll know exactly what I mean.
Cosmic Smash makes me happy. It might be a Breakout-Arkanoid thing, tapping into those same base pleasures that make Shatter an all-time favourite of mine. But it's not just that; it can't be. It has an audio and visual style that I love, and it's also unashamedly of its era, mixing bad voiceovers, a bizarre mix of English and Japanese, cheeky messaging, and plenty of drum & bass. It's not trying to be serious, and it doesn't even need a protagonist with a face. At the end, hazmat-suited helpers, with SEGA emblazoned on their arses, take down the staging to reveal that you were playing in space, before seeing you off with a lovely big wave.
"Please turn off your cellphone. Have fun", a between-stage screen urges me. Remember when we used to turn off our phones?
Remember when we used to have fun?
I love Cosmic Smash. In fact, Rez-aside, it might be my favourite Dreamcast game. Even my daughter has been enjoying it, encouraged by the ease of play and the speed in which we can get through it, passing the controller between stages. I just wish my Dreamcast weren't on its last legs. While some of its games may be timeless, unfortunately the same can't be said of the hardware, which is rapidly failing.
I'd best get back on Mercari.
Retro Gaming