Everyone loves a good countdown, myself included. That's why I've compiled a list of my Top 20 Favourite Games of the Seventh Generation, which I'll split over a handful of posts, starting from today.

Before we get started, here are the rules:

1. Games for the PlayStation 3, Xbox 360, Wii, DS and PSP are eligible. Unfortunately, I haven't played any new, PC-only games this generation.

2. Although they have been out for ages, the Wii U, 3DS and Vita belong to the 8th Generation, something I had to remind myself on more than one occasion.

3. Re-releases and updates are excluded.

So without further ado, here are my favourite games of the last eight years, counting down from number 20 to 16.

This was the era of plastic instruments. In every game-savvy house, stashed at the back of a cupboard you will find a forgotten Guitar Hero guitar or Rock Band drum, a relic of a time when we all wanted to be living room rock stars and were willing to shell out for expensive peripherals. Unfortunately, DJ Hero (2009) failed to fully cash in on this boom, arriving a little late in the day. This was a crying shame, as of all the Hero and Band games it was the most deserving of success.

I always felt like a bit of a knob playing Guitar Hero and Rock Band with my undersized, plastic guitar. DJ Hero, on the other hand, made me feel like I was actually doing something akin to the activity the game was trying to replicate, not just using a flimsy toy to follow arbitrary QTEs.

DJ Hero had style, maintaining its old school Hip Hop vibe even during mixes that had fuck all to do with rap or turntabling. Unlike its guitar counterparts, it never failed you for being rubbish, which allowed for a much smoother and enjoyable experience. The track list was fairly varied, and the standout mixes wouldn't have sounded out of place in a club or on the radio. The sequel was also excellent, adding a number of decent features, but it didn't endure like the first game. Almost four years later, and I'll still occasionally return to the original to cut up some tunes. 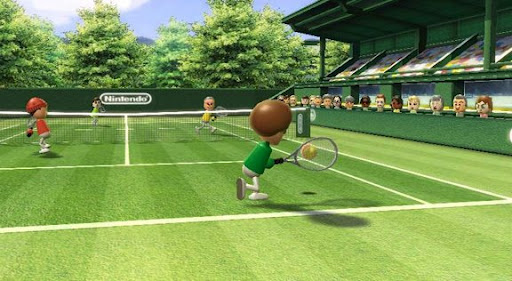 Much like DJ Hero, Wii Sports (2006) made the most of its controller; if there is a game that made better use of motion controls, I have yet to play it. Now, I know what you are thinking, because I thought it too: what the fuck is Wii Sports doing on a best of list? Well, firstly, I'm counting down my favourite games not necessarily the best, so you have misread the title. Secondly, while I have struggled with including it here at the expense of "better" games, I couldn't overlook the amount of fun I had with Wii Sports over the first half of this gen.

Wii Sports is all about great memories. It was one of the first games my wife and I played together, as we spent many a Sunday afternoon enjoying a few rounds of golf with a bottle of wine. It was social lubricant for early arrivals at our house parties, and it was the title my family wanted to play when I brought my consoles back to England. I think it's probably the only game I played so much that it caused physical discomfort; unlike Reggie, my body was not ready for Wii pains.

We enjoyed all the events, but Tennis and Golf were the stars. The action was simple and instinctive and you could almost convince yourself that you were participating in a real sport. In your living room, half-cut. It is one of the most important games of the 7th Generation, selling a hundred million Wiis and causing Sony and Microsoft to chase the motion dollar, and when it comes to simple, entertainment value, you cannot fault it. Now let’s move on, before I change my mind. 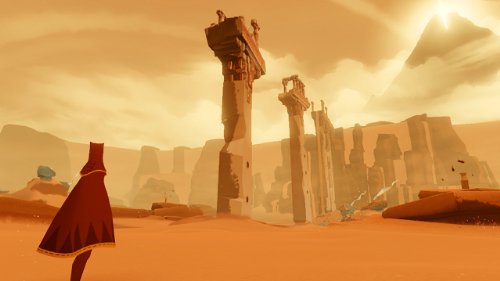 I didn't cry. I wasn't inspired to question my existence nor did I knit a massive scarf of emotions. However, I'd be hard pressed to name a more memorable and moving video game experience than Journey (2012). It retained all the quiet grace of ThatGameCompany's previous outing, Flower, but it was even easier to relate to. And we all related to it in different ways, finding our own meaning in a game that is impossible to forget.

Journey is a shared experience, and how it is shared sets it apart from the vast majority of multiplayer titles. Your partner may be a colossal prick, but their anonymity and relative silence means you are none the wiser (ignorance is bliss!). I found Journey to be just as impactful the last time I played it as the first. I’ve finished it three times and my final run was by far my favourite, clearing it in one sitting and spending most of that time chirping away with the same partner.

At the risk of sounding like a pretentious twat, Journey is as profound as you want it be. It can be a quiet adventure full of meaning, or it can be a game about running over sand dunes in a hoody, for an hour. Either way, I believe it’s worth celebrating. 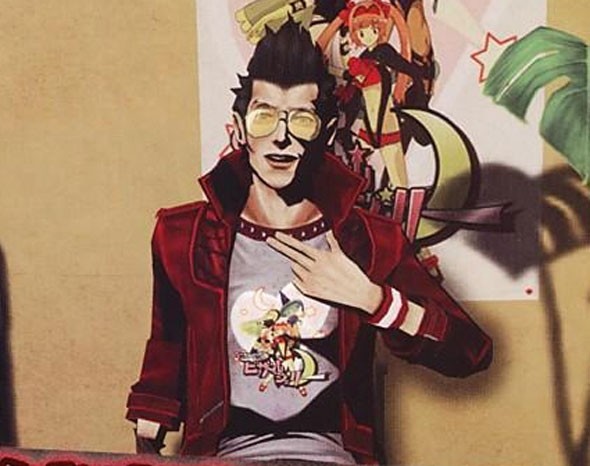 Speaking of quiet, introspective games, No More Heroes (2008) remains my favourite Wii title. The humour was crude, it looked like a PS2 game and featured a thoroughly pointless sandbox city, but it didn't matter as the whole was greater than the sum of its parts. This is by far Suda 51's finest production, a rare case where all the different elements that define his games came together perfectly. The helter-skelter action compliments the insane story, and the childish humour felt just right for these characters, especially our hero Travis Touchdown who is both entertaining and likeable, something of an anomaly in Suda games.

Having purchased a beam katana on the internet, Travis decides to become an assassin so that he can make money to buy video games and wrestling videos. How can you go wrong with a premise like that? The combat made great use of Wii-mote and nunchuck, making a compelling case for why it belonged on the Wii. While it may have been more than a bit ugly, it was certainly not lacking in style, something that was most evident in the unforgettable boss fights that dominate the game. "I feel a good undulation. Your rumbling is excellent!” Yes, yes it is. 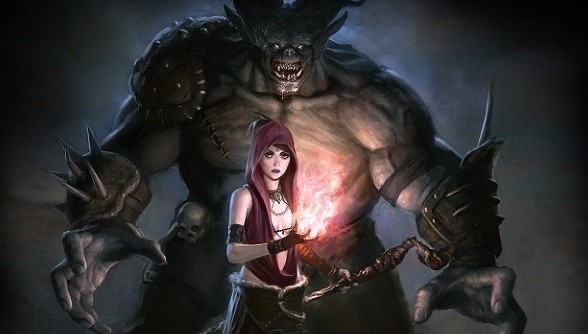 Unlike No More Heroes, Dragon Age Origins (2009) took its gore far more seriously. There was blood everywhere: in your hair, in your breakfast, all over the inn keep who had the same face and voice as Alistair, as well as the baker, and guard no. 4 etc. Blood everywhere. Despite its insistence on beating you about the head with its mature, dark fantasy themes - lots of blood, everywhere - I couldn't get enough of its slightly more grown-up take on the traditional RPG.

In fact, I was enthralled throughout. From the unforgettable introduction to the Grey Wardens, right through to the epic finale, I just wanted to keep exploring with my canine companion, Lionel. Before Origins, almost all of my RPG experience had been of the Japanese variety, so it was refreshing to finally have a party of adult companions who weren't covered in belt buckles, actually had interesting things to say and were at times morally ambiguous. Dragon Age Origins brought me back to the genre that I had all but abandoned in the previous generation.

In true Bioware fashion, building relationships with your companions was all-important, and how you chose to treat your partners had real and interesting consequences. Origins also did an outstanding job of creating a rich world full of diverse cultures and varied histories. It felt like an old kingdom well worn, and was a perfect tease for a world that I had hoped would open up further in future games. Unfortunately, the sequel did not deliver, but I have high hopes for Inquisition.
The End of a Generation