Seventy per cent of games released between 2005 and 2013 included the words three, five or HD in their title. A shocking and wildly inaccurate statistic, but you can't really blame publishers for wanting to capitalise on our longing for nostalgia and familiarity. Basically, once we'd agreed to pay £7 for a digital copy of Old Super Mario Something, we were fucked.

Iteration was trendy, retro re-releases were in and HD collections were everywhere in the 7th Generation, and I was part of the problem.  While I pined for exciting new IPs, I still lapped up rehashed versions of old favourites and paid premium coin to enjoy new (for me) experiences from previous eras. Some of my favourite games this gen have been of the recycled variety, and since they won’t feature in my Top 20 Favourite Games of the 7th Gen (see Rule #3), I'll name-check a few of them here.

Final Fantasy Tactics: War of the Lions (PSP-2007) is the definitive version of one of my all-time favourite games. It added beautiful cel-shaded cut scenes, new episodes, characters and classes and also benefited from a new, less Jenglishy translation. The move to portable was a welcome one, as it is the exact kind of deep and nuanced experience that I like on my handhelds, and I’d love to see the series continue on either 3DS or Vita.

I also adored the enhanced port of Tactics Ogre: Let us Cling Together (PSP-2011). Yasumi Matsuno, director of the SNES original and classics such as Vagrant Story and of course FF Tactics, reunited with the original development team to work on this critically acclaimed re-release. I found Tactics Ogre to be even more of a challenge than FF Tactics and the story even more obtuse, but I was still enthralled. If I were to include remakes and ports in my Top 20, Tactics Ogre would have been in the running for one of the final places, and FF Tactics would have challenged for the top spot.

My PSP and DS collections are full of ports. EA Replay (PSP-2006) allowed me to relive the 90s with two of my favourite Mega Drive games, Road Rash 3 and Desert Strike, and the Sega Mega Drive Collection (PSP-2006/7) was a chance to catch up with a few more old friends. The much celebrated Chrono Trigger (2008/9) and the oft forgotten Final Fantasy III (2006/7) were two of my favourite DS games; if it was Square-Enix, unoriginal and on a 7th Gen handheld, I probably played it! 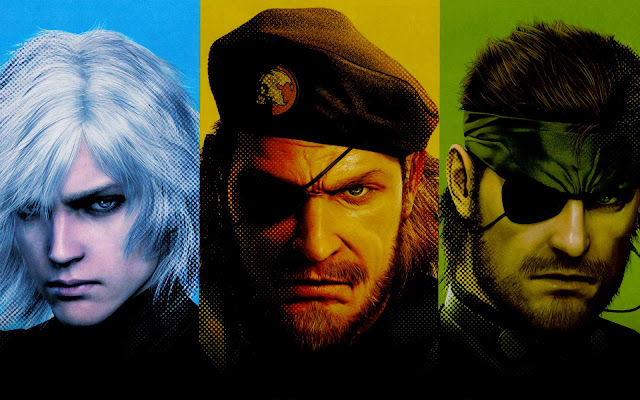 Nintendo was on to a winner with the Virtual Console service, and the retro love soon spread to Xbox Live and the PlayStation Network. Before long we could download everything from Super Metroid to Final Fantasy VII, Alex Kidd in Miracle World to Metal Slug. Whether you wanted to reminisce about a game you played years ago, or take the opportunity to play something you missed the first time around, the 7th Generation had you covered.

The HD update was a popular feature of the outgoing gen, and was applied to games and series that ranged from the sublime to the thoroughly forgettable. The Metal Gear Solid HD Collection (Various-2011/12) was a beautiful thing. It was an excuse to fall in love with Metal Gear Solid 3 all over again, remind myself that MGS2 is a lot better than I give it credit for and to be severely disappointed by Peace Walker – that is a game I really should have played on the PSP first, with friends.

Rez HD (2007) was a good reason to turn on my 360, and while it was not running in high definition, Resident Evil 4: Wii Edition (2007) was excellent and worked surprisingly well with motion controls. I didn't bother with the proper HD version of RE4, but then how many versions of the same game do really you need? Two maximum, unless it's Snake Eater in which case the correct answer is at least five. Thanks to the Team Ico Collection (PS3-2011), I finally played Ico and Shadow of the Colossus, two games that I had missed on the PS2.  While I could appreciate its importance, I wasn't totally enamoured with Ico, but in SOTC I discovered a quiet masterpiece, one that I would probably have missed if not for the HD re-issue.

Rest assured, re-masters, updates and vanilla re-releases will continue to feature in the next gen. With a thinning launch line up, Sony are already talking-up prettier versions of older games on their new hardware (Flower etc.) and Earthbound's appearance on Wii U Virtual Console was a rare bright spot in a difficult year for Nintendo's home console. I will groan when the Uncharted PS4 Compatible Collection is released in 2015, and roll my eyes when Microsoft unveils Halo: Even More HD in six weeks’ time, but hey, that’s video games. And besides, I'd definitely pay £20 for Uncharted 2 on the PS4.
The End of a Generation