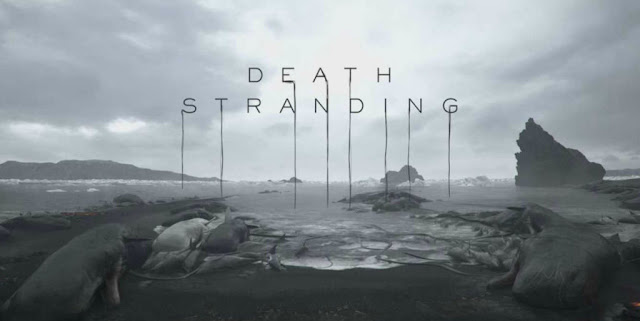 Sony's Press Conference - No filler, no marketing-speak, no mumbling developers dressed like fourteen year olds and no Powers. Sony gave us games, games and more games. Also an orchestra, which was nice.

Resident Evil 7 - Capcom's survival horror has long been in need of a reboot. Even if the demo isn't entirely representative of the final game, it's great to see the series moving in a slightly different direction. Let's just hope there's room in that haunted house for Wesker.


ABZU - Journey underwater. And who wouldn't want that?

Horizon Zero Dawn - This impressed for the second year in a row. It looks like a wonderful mix of Xenogears and Monster Hunter; I'm glad Guerrilla Games have finally broken free of Killzone.

Zelda: Breath of the Wild - I've finished exactly one Zelda game in my time (The Legend of Zelda, two years ago) yet even I'm exited for this. I may find a use for my Wii U yet!

God of War - I thought I was burnt out on Kratos, but it turns out there's still room in my heart for Sony's wan Spartan. The father-son dynamic sounds interesting, though a little out of character for our murderous deity, and the trailer's rousing orchestral score worked wonders.

Dead Rising 4 - The silly trailer reminded me of how much fun I had with the first two Dead Rising games. Not quite enough for me to buy an Xbox One though.

Final Fantasy XV - I doubt I'm going to enjoy spending a hundred hours with that cast of characters. They look like a fucking nightmare, with their stupid attitudes, stupid quips and stupid haircuts. Or maybe I'm just getting old? Nah. Also, Cid's tits are ridiculous.

Days Gone - I like Bend, and Days Gone could end up being excellent, but it was an uninspired and generic end to Sony's presser.

Vita RIP - Not that I was expecting anything different. In the bin with you.

Watch Dogs 2 - The protagonists' glasses look silly. He also has a sticker on his laptop that says "hacker". What a hashtag cunt.

An Industry Leaking Itself Silly - I enjoy the occasional leak, but it got a little out of hand this year. We knew almost all of Microsoft's presser before Phil had even taken to the stage.

Minimal Mass Effect - I know it's another year off, but I was expecting a little more. I think EA may have announced this one a little early.

The VR Revolution - I'm still not convinced that VR is the future for at-home gaming. I've yet to try VR, and I've no doubt I'll be impressed when I finally do, but I just can't picture it in the home. Even the industry seems a little cautious - most of the VR announcements I recall are either rehashes of existing games or titles that are also available in standard reality, or 3D or whatever you call it.

Steep - I like the concept, and the alpine sandbox looked awesome, but I think I'd get bored of this quite quickly.

For Honor - It all looked very nice, and I love the idea of a samurai and viking throwdown, but the combat struck me as too simplistic and repetitive. Keep attacking until your opponent can't block anymore, then finish them off. Fingers crossed there's a bit more to it than that.

Iterative Consoles - The smart phone model of regular, smaller improvements is replacing the generational leap we have come to expect from home consoles. I'll be interested to see how the industry and consumer reacts to this change in approach.