PlayStation 3 - What We Said 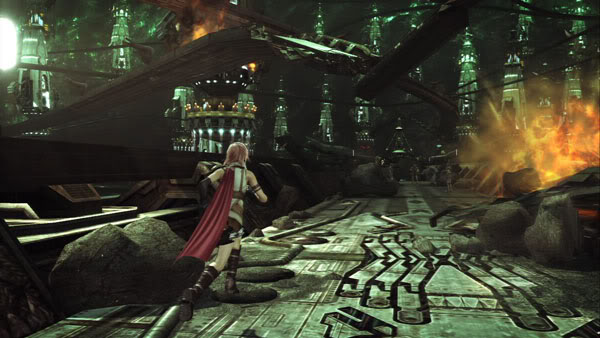 The PS3 has been discontinued in Japan after an eleven year run. To mark the occasion, I’m writing a couple of posts about my favourite console.

These are actual things we said about the PS3. We said them with our mouths, in our heads and on our blogs.

Opinions, invented in 2005 by IGN, were all the rage during the seventh generation. We all had them, and were desperate to share. We complained, wrote thousands of words about the state of the industry, made sweeping statements, asked questions on “forums” and complained some more.

With our mouths, in our heads and on our blogs.

“It gets better after twenty hours”
One of the most disappointing games of the last generation, Final Fantasy XIII confined players to tight corridors for twenty hours before opening up into something better resembling a FF game. If you stuck with it long enough, you were treated to a middling JRPG, albeit a pretty one. It spawned two sequels that no one liked.

“Is it an easy Platinum?”
No one cared about gameplay, writing, graphics or frame rate during the 7th Gen. All we were interested in were trophies, or achievements if you played for the other team. We wanted to be rewarded for our in-game actions, to be told that we were a good boy for shooting thirteen hundred Helghast. We compared our shinnies and proudly posted trophy counts online; the Platinum was the ultimate status symbol, and it let the rest of the world know how much of a shut-in we really were.

I have twenty four plats and three friends.

“But it’s on the disc!”
DLC was a crime. DLC that was already on the disc was a particularly heinous offence, and was the subject of approximately 50% of all blog posts from 2008 to 2009. We were enraged, but we eventually cooled off and went back to buying whatever shit Capcom/Konami/EA/etc were shovelling. That showed ‘em.

“Why is the PS store so slow?”
“I’ve never had a problem” - “it must be your internet connection” – “try resetting your router”. How about you fuck off? The PS3 store was excruciatingly slow and seemed to get worse with each update. It was slow when I lived in Japan, and it was slow when I lived in England. Pages loaded at a snail’s pace and games downloaded at a crawl, problems I never had with the 360. Sony were pushing for a digital future but couldn’t even sort out their own store.

“Make sure you bring a guitar to our social gathering”
No one is bringing their Switch to a rooftop get-together. However, there was a time, not that long ago, when people did play games at parties. It was called “2008” and we were playing Rock Band and Guitar Hero. Have a drink, awkwardly introduce yourself to some strangers, then take off your shirt and attempt a perfect run of Dude Looks Like a Lady. Simpler, happier times. 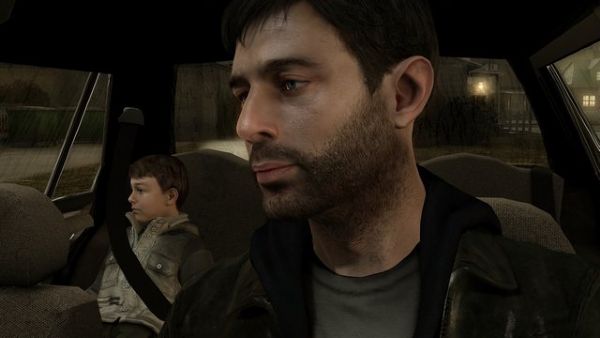 “Heavy Rain is the next evolution in home entertainment”
We gushed about Heavy Rain bridging the gap between movies and games. Thanks to David Cage, we finally had a mature video game to legitimise our hobby.

In retrospect, it was a bit wank.

“Put a towel around it”
It wasn’t as prevalent as the Red Ring of Death, but more than a few PS3 owners experienced the Yellow Light of Death, which rendered the console unresponsive. The internet suggested wrapping the console in a towel to fix the problem – I’m not sure if this was genuine advice or if someone just wanted to see if I’d wrap my PS3 in a towel.

“Why haven’t they released a new God of War yet?”
The PS3 was in dire need of meaningful exclusives in the first half of the gen, yet it took three years for God of War to make an appearance. The first two games were huge successes at the tail end of the PS2 era, and the series seemed well suited to more powerful hardware. By the time it finally arrived on the PS3, our wan Spartan had lost some of his muster and Uncharted had already snatched away the title of Sony’s best, action exclusive.

“No, I was trying to open the PS Store not Home!”
Every fucking time. If you accidentally selected the Home icon, inconveniently located next to the store button on the XMB, then you were stuck in unskippable load screens for what felt like forever. FACT: 97% of Home’s daily logins were accidental, 50% of which were me.

“Why isn’t my controller vibrating?”
The original PS3 controller, the Sixaxis, didn’t vibrate and that felt really weird. I didn’t realise how accustomed I had become to pulsating controllers until they were taken away from me. A strange decision by Sony, which they quickly corrected with the Dualshock 3.

“These free, PS Plus games are excellent”
First off, they weren’t free, so get your facts right.

The first couple of years of PS Plus were outstanding, as Sony chose to be generous with their extensive back catalogue of big budget games. However, the well would eventually run dry and it morphed into more of a indie-focused service, to the chagrin of many. We still get the occasional gem, but I think it’s fair to say that recent offerings have mostly been lacklustre.