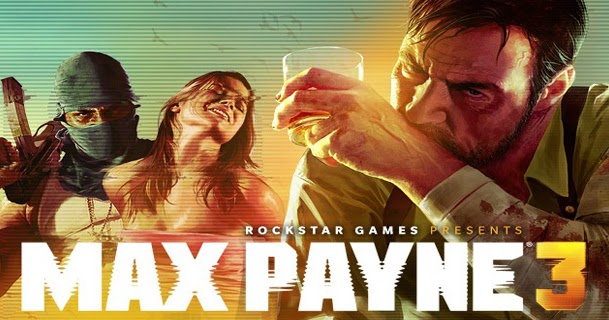 The PS3 has been discontinued in Japan after an eleven year run. To mark the occasion, I’m writing a couple of posts about my favourite console.

This week, I want to highlight a few memorable games - memorable, but not necessarily my favourites. I’ve written thousands of words over the years about Uncharted 2, Mass Effect 2, Shatter and other all-timers, so here I’ll do something a little different.

These are some of the first games that come to mind when I think back to the PS3.


Imperfect, yet brilliant; flawed yet strangely memorable. I hated Max Payne 3 at first, but it grew on me. Just like Lost Planet 2, Prince of Persia and Call of Juarez Bound in Blood, it left a lasting impression, despite it faults.

MP3 is a dark tale of violence, substance abuse and redemption, of a sort. Full of memorable scenes, and perfectly scored, it was a colourful nightmare. My enduring memory of MP3 is of Max, head shaven and rocking the most grotesque Hawaiian shirt, strolling into a Rio favela. The most stylish and foreboding moment in a game full of them.

It wasn’t Rockstar’s best effort of the seventh gen – that would be Red Dead Redemption – but it's the one I think of the most.

An early PSN curio that was also part of the “I’m sorry, we got hacked – have some free games” package. A mash up of Pac Man and Google maps, The Last Guy is a ludicrously simple game: move through cities collecting people while avoiding the monsters that want to eat them. Just like Pac Man, its simplicity is endearing and it is thoroughly addictive – it’s one of those “just one more go” experiences that are near impossible to put down. It gained extra points for setting the Tokyo-based level in my old neighbourhood. You could even see my former apartment building, which pleased me immensely.

A simple game for a simple man.

Sony had high hopes for Killzone and Resistance, hoping they might develop into Halo killers. Both series were solid, but ultimately neither could compete with Microsoft’s juggernaut.

I preferred Resistance’s alternate history and big guns to Killzone’s grim tale of space Nazis. The first game was a standout at launch, and the third and final home console entry was pretty good. However, I prefer part two. There were a few ill-advised changes – no weapon wheel, no weapon wheel and no weapon wheel – but overall it was bigger, more polished and more entertaining than its predecessor.

In the words of Official PlayStation Magazine UK it was “prettier and shootier”. I shit you not.

I really liked the mix of alien and 1950s tech, and Insomniac created a memorable armoury that wouldn’t have looked too out of place in a Ratchet and Clank game. Regular chimera were relentless and the bosses huge, but there was always something suitable nearby to cut them down to size. The multiplayer, split between co-op and competitive modes, was spectacular. Co-operative levels were separate to the main game, featuring teams of up to eight racing across maps, tackling randomised objectives. This is my enduring memory of playing R2. Team deathmatch featured up to sixty players shooting the shit out of each other with over sized rifles.

Waning interest and a hugely disappointing Vita spin off contributed to the series’ demise. A shame, as Resistance deserved another game or two. 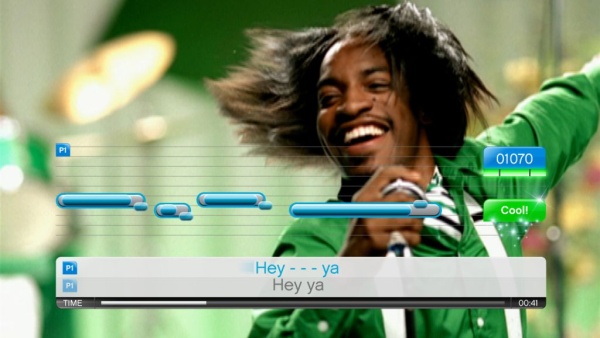 Yes, Singstar! A poor substitute for real karaoke, but it kept us entertained every weekend for the best part of a year, that is until we discovered the superior Joysound Karaoke on the Wii.

The initial playlist was limited, but there was a constant supply of new tunes available via the store. The grading system was excellent, rating your performance note by note on the fly, and having real music videos playing in the background made it far more interesting for spectators. My wife and I screeched our way through dozens of DLC packs; over time we got quite good at hitting the required notes, even if the end result wasn’t all that pleasing to the ears.

Sticking within the same genre, I also played a lot of Def Jam Rapstar. On my own, because my wife isn’t a hip hop fan. I was one of the dopest solo MCs, in the Milton Keynes area, when drunk. You really shouldn’t laugh, as I achieved the highest rank on A Tribe Called Quest’s Scenario, with lyrics removed. Rah rah, like a dungeon dragon, indeed.

One of the most frustrating games I’ve ever played. It did away with almost everything that made Ezio’s trilogy so special: a charismatic lead, irresistible and recognisable urban settings, a historical period with international appeal, a story that made sense and not too much Desmond.

AC3’s cities were forgettable, lacking defining features and ruined by over aggressive enemies. You couldn’t do anything remotely interesting in Boston or New York without attracting the attention of countless soldiers. The wilds lacked focus and the one interesting feature – the ability to move through the trees – was undercooked and of little use.

Connor was a terrible bore, huge chunks of narrative seemed to be missing, and the ending was horrendous, even by the series’ low standards. True to form, it was also plagued by glitches. Its only saving grace was the inspired naval battles that were expanded and improved upon in Black Flag. That and Ubisoft killing off Desmond.

With AC3, Ubisoft finally lost the plot. It is the epitome of the rushed, annual AAA game.

2009 was a decent year for PS3 exclusives, as Sony and its partners started to find their groove. We had Killzone 2, Demon’s Souls and the untouchable Uncharted 2, as well as the first entry in Sucker Punch’s super hero/villain series, Infamous.

Cole was a very bland lead, but it didn’t matter. His powers made the game. Gliding around Empire city was a delight, either protecting or terrorising the locals with an ever expanding array of abilities. Infamous is the first game I recall playing with meaningful good or evil options, options that affected the story as well as the appearance and abilities of Cole. I was happy to play through both ways, unlocking every upgrade and finding every collectible on my way to the platinum trophy.

Infamous was one of the first games I enjoyed alongside a community, in this case the writers and users at 1UP. I listened to the podcasts debating Infamous vs Prototype, read and commented on user blogs and wrote a few hundred words about it myself.
PlayStation 3 Retrospective