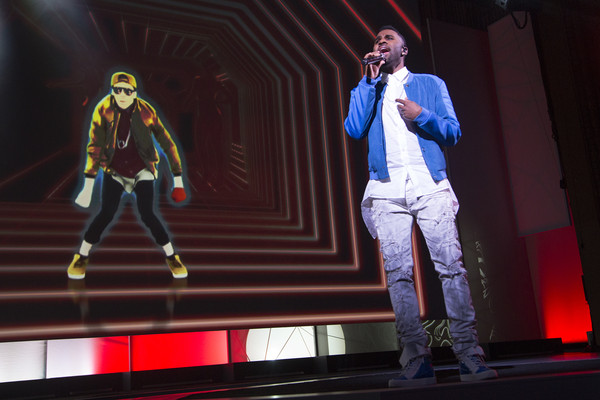 I was convinced that E3 was another week away, but it isn't. So I've hurriedly written a preview, because there aren't enough of them online already. This a stream of consciousness, a preview with no research and little understanding of what has or hasn't already been announced.

Scorpio, yeah? The Xbox One with extra graphics, a richer price tag (presumably) but no exclusive games. I really don't get the appeal of iterative consoles, but MS are banking on my being in the minority. Scorpio will be the focus and we'll all be sick of it by the end of next week.

As an Xbox One owner, I'm genuinely excited about seeing Crackdown 3. It's the only upcoming exclusive that I'm interested in, or even aware of for that matter. That's a dire situation indeed. We'll probably see Halo Something because there's always bloody Halo, more Forza and Gears of W..., sorry but I really can't be arsed.

If Microsoft wants to grab my attention, they could do a lot worse than announcing a new Panzer Dragoon, Left for Dead and a partnership with a prominent JRPG developer or two - think Blue Dragon or Last Remnant on the 360. Why not take a leaf out of Sony's book and throw some money at a studio or two to revive a dormant series? Virtua Fighter 6 would be lovely, as would a resurrection of one of Capcom's 2D fighters. I'd certainly be up for some Darkstalkers on my Xbox.

I'm guessing we're going to see a lot of The Last of Us 2, nothing of Final Fantasy VII Remake because it doesn't exist, plenty of Knack 2 for reasons and some more of that zombie game that closed last year's presser. The one with zombies in it.

Has Sony given up on VR yet? We shall know soon enough. My guess is that they'll announce a couple of titles, but the initial push for VR is over. I'd weep for joy if the long rumoured Monster Hunter exclusive exists, which I think it might. Sony will also make a big fuss about a legacy series that wasn't all that good in the first place, as they've previously done with Parappa and Crash. It'll be Spyro, MediEvil or some shit like that.

Sony are overdue a stinker, so maybe this is the year they'll lay an egg and give Microsoft a break. Or they could keep the momentum going with a Syphon Filter reboot, another Platinum Games exclusive, Shatter 2 (leave me alone) and Bloodborne 2.

I suppose we're going to learn a lot more about the Switch games we already know about, in particular Mario Odyssey, Splatoon 2, Xenoblade 2 and the other ones I'm forgetting about. But ideally, I'd like to know what's on the slate for 2018 and whether there's anything that will sell me on Switch.

Perhaps Nintendo will officially announce the SNES Mini, but they won't want it overshadowing Switch. Fans have long been clamouring for a new Metroid, so maybe that'll be a thing. Mario Kart DLC could be on the agenda I suppose. To be honest, I'm running out of ideas.

Something with anthropomorphic animals in it?

Ubisoft are shit at keeping secrets, so we know we'll see Assassin's Creed The Mummy. I think the year off was a great idea, and I'd definitely play an ancient AC. I read something about a Bethesda game in space, a Skyrim of the heavens, which sounds right up my alley. I hear that Bioware also has an intergalactic adventure to show off, as does Activision with Destiny 2.

I reckon Square-Enix might have another remaster up its sleeve. I saw someone talking on Twitter about Final Fantasy Tactics 2 which would be an automatic game-of-the-show for me and anyone else with taste. But it'll never happen, so let's move on. Capcom will push Monster Hunter and the Resident Evil 2 remake, maybe, and Activison will be talking up WW2 Call of Duty. We might see more Red Dead Redemption 2 and there will absolutely, 100% be a TimeSplitters announcement.

Ultimately, none of this matters as the new Bubsy game has already been announced.