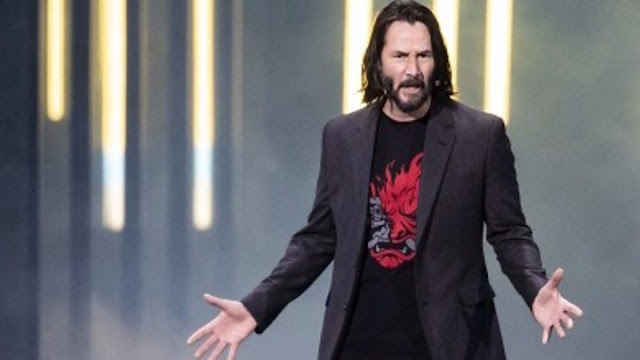 It is very early on a Monday.

I'm fumbling with my phone. I'm trying to navigate Twitter through bleary eyes, looking for the Microsoft stream so I can get my E3 fix while getting ready for work.

I'm still half asleep. I'm not entirely sure what day it is - it is Monday - or what I'm supposed to be doing - I'm supposed to be getting ready for work - but I have an overwhelming urge to hear Phil Spencer talk about video games. In my early-morning haze, E3 had initially slipped my mind, but my gamer instinct, my Ginstinct, has kicked in and and I'm able to get my gaming sustenance.

Anyway, long story short, I watched some of the Microsoft presser when I was getting up this morning. I caught up on the rest of it during my train ride to work.

There was a bit where one of the devs described Project Scarlett, Microsoft's next-gen platform, as being the most immersive ever created. This bothered me far more than it should've, and I spent five minutes arguing with myself about whether a console can be immersive. I won the argument. Other than that, I was fairly happy with what I saw.

My biggest takeaway is that Game Pass is outstanding. I was enticed a few weeks back by a heavily discounted subscription and have hardly touched my PS4 since. My once-unloved Xbox One has become my go-to console and I'm burning through a great selection of games, which I'll write about another day. It was encouraging to see MS double-down on GP. It is already in another league compared to the competition, and I can envision a world where it would elevate Xbox to my box/cloud of choice. GP Ultimate is another step in that direction.

Lego Forza is a glorious idea, and it's out this month. There's a Blair Witch game coming to Game Pass this summer, but I know I'm going to spend the whole time worrying about that dog. There was a nice looking game with some deer in it along with a shit tonne of other indies without deer. 12 Minutes, an "interactive thriller about a man in a time loop" looks incredibly stressful, but at least it's only 12 minutes long.

I'm happy for PSO fans, who will finally get their hands on a localised version of a really old game. We got an Elden Ring cinematic trailer, albeit a fairly generic one, and we finally have a release date for Cyberpunk 2077: March 2020. We also got a real-life Keanu Reeves, which seemed to go down very well indeed.

There was a beautiful moment where I though Age of Empires 2 Remastered was coming to Xbox, but it appears that it's only PC bound. I'm still not 100% sure, as different outlets are reporting it differently, so I've spent the last twelve hours switching between puke-inducing giddiness and soul-crushing disappointment.

Taking a more critical view, MS pulled the "don't-show-the-box" console reveal, which is the poorest of teases. While there was no shortage of announcements, actual gameplay was scant. I continue to feel nothing for Gears of War and Halo-man, and my best hope for a TimeSplitters revival has now passed for another year.

Bethesda's presser was Bethesda-y, even if there were no Skyrim-port announcements. Doom Eternal and Deathloop had the internet people salivating, but Ghostwire Tokyo was the only game that really piqued my interest. That being said, it was only a cinematic trailer and gave no clues as to gameplay - for all I know it might just be a particularly harrowing puzzle game.

Finally, in advance of their conference, Square Enix confirmed that Final Fantasy VII Remake is coming in March 2020. No one believes them, but at least they're trying. And that might not be all for Final Fantasy. If rumours are to be believed, VII might be the least interesting FF at E3. FFVIII, the long-requested and universally-recognised best FF, might be getting a remaster announcement in the next 24 hours.