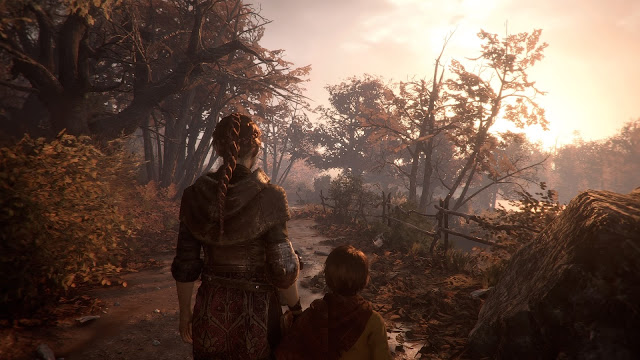 It's been a strange few weeks since my last post.

Feel free to skip the next paragraph if you want to avoid the germ chat.

We've been dealing with Coronavirus here in Japan for around a month. Or not dealing with it, as the case may be. Measures have been put in place to limit the spread - voluntary self-isolation for returnees from abroad, nationwide school closures, encouraging people to work from home - but honestly, the vast majority of us are going about our daily routine as per usual. This is because we don't have a say in the matter. The commuter trains are still packed, just marginally less so, and there are slightly more people wearing masks. Entertainment venues are suffering terribly as our weekends become more isolated, because that's when we have the freedom to stay at home. But on weekdays it's business as usual, as we're in the office and out and about.

Anyway, let's take our mind off that for a bit and talk about video games. Fortunately, they're still in rude health.

Here's what I played over the first two and a half months of 2020.

Final Fantasy VIII - I finished up FFVIII in the New Year. I got the platinum too, because why wouldn't I? The best Final Fantasy is made even best-erer by the inclusion of a fast forward button that I abused for almost every non-boss encounter. Unfortunately, VIII has long been criticized by thought-criminals who wouldn't know greatness if it were junctioned directly to their brain (and caused severe memory loss). The truth is that Final Fantasy VIII is a technical wonder, features an unrivaled score, breathtaking world design, and boasts an eye for the cinematic that I'm only now fully appreciating.

A Plague Tale: Innocence - I can't recommend this highly enough. A gripping tale, a fascinating setting, and an imaginative manipulation and exaggeration of a real moment in time. Plague Tale is one of those mid-tier, linear games that we don't really get any more. It's not quite in the best-of-gen class, but I guarantee it'll be one of the first experiences that I'll recall when I reminisce about the current generation.

The Return of the Obra Dinn - I had an outstanding six-week run of games to start the year. You can find my (confused) thoughts on Obra Dinn here.

Luigi's Mansion 3 - My daughter and I are gradually making our way through this, one or two floors per weekend. It's a wonderful game, brimming with Nintendo charm. It somehow manages to equally entertain both a five-year old and an old man, the latter of whom is more comfortable knee-capping terrorists than rescuing anthropomorphic mushrooms from cute ghosts.

Grindstone - I almost never play mobile games. However, I started my Apple Arcade trial at the the end of January to coincide with a last-minute trip to the UK. I bounced off most of the titles I tried, though I did enjoy What the Golf. But Grindstone, Grindstone I couldn't put down. The core concept is simple, yet it allows for extra layers and challenges which ensured that I saw it through to the very end. Grindstone is as entertaining as it is colourful (it is very colourful). 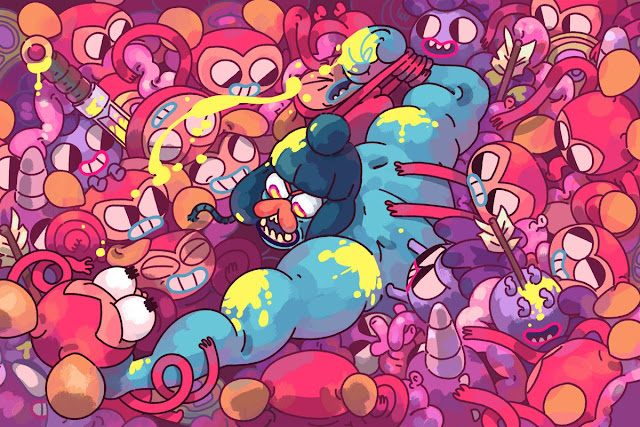 Forza Horizon 4 and Rage 2 - I didn't get as much mileage out of my limited-period Game Pass subscription this time around. I tried Rage 2 but it made me want to throw up, and I mean that literally. There was something about the way the camera moved that gave me motion sickness. I stuck with it for an hour, and experimented with different camera settings, but I quickly decided that it wasn't worth the effort. I returned to Forza for a couple of evenings to check out the new battle royale mode. It's still a great game, but I wasn't convinced that the new mode adds much of interest.

Thronebreaker: The Witcher Tales - Yeah, this went badly. I was desperate to rejoin the Witcher universe, despite my general disinterest in Gwent. Turns out I still don't like card games, and I struggled to comprehend what exactly I was supposed to be doing in each battle. The rest of the game just wasn't interesting enough to warrant persevering, unfortunately.

Call of Duty: WWII - The first half was so-so, but the tension and excitement ramps up over the latter half. I'm still a sucker for CoD single-player campaigns, and this was a pretty good one.

Yakuza Kiwami 2 - This had been sat on my shelf for well over a year. Kiwami 2 was the only mainline Yakuza that I hadn't played, excluding the yet-to-be-localized Yakuza 7. I'm about two thirds of the way through it, and it's a delight. I still adore Yakuza, and taking a two-year break from the series renewed my appreciation for all it does. I have thus far resisted playing Y7 in Japanese, and am greatly looking forward to getting my hands on the English version.

A healthy does of Dreamcast - I have developed a mild addiction to searching for, and occasionally buying, Dreamcast and Saturn games on the Mercari marketplace. I refresh the app several hundred times per day, just to make sure I haven't missed any outstanding bargains. Recent purchases have included House of the Dead 2 with two light-guns, Crazy Taxi and Street Fighter 3 Third Strike, all bought for a relative pittance. The best part, is that my daughter has been egging me on. She has developed an unlikely interest in Saturn and Dreamcast beat-em-ups - the more colourful and more Capcom the better. Our current favourite is Capcom vs SNK 2, which is brash, vibrant and beautiful. She's already beating me at it, though I'm mostly wrecking her, and I love that we can share games together. It's the best.

You probably noticed that I've played fuck all 2020-releases. Honestly, I'm fine with it and I'm surprised you brought it up.

That'll soon change though, thanks to a forthcoming slate of heavy-hitters. However, I do expect that there will be delays for anything scheduled for summer and beyond, including next gen consoles. Anyway, a potential run of Resident Evil 3, Final Fantasy 7 Remake, Ghost of Tsushima, Cyberpunk 2077 and Yakuza 7 looks very appetizing indeed. A fitting swansong for the eighth gen.