A Degree in Split Screen 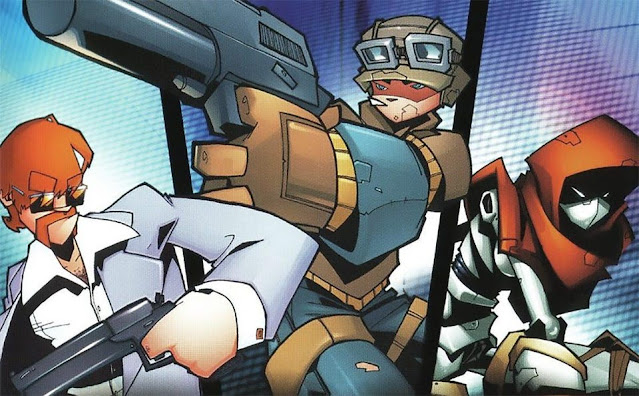 I always get excited when I find a new running route. Not too distant, by far enough away that I can do 7-8km and end up back at home, without having to run laps. Somewhere with the right mix of pavement space and greenery; few pedestrians but not entirely deserted. Someone needs to witness my athletic prowess.
I found one such route a few evenings ago. A perfect 8km circuit, well-lit for night runs, concrete surface and featuring a leafy avenue that runs alongside a university campus. As I raced along, my mind wandered to thoughts of my years at the University of Nottingham. The leaves, the trees, the autumn breeze; it brought back memories of my time on that park-like campus. But memories of what? Old friends, lost loves, downed pints, life skills learned, degrees earned?
Come on. I thought about video games, didn't I.
Our uni-house had a PlayStation 2 (mine) and a GameCube (a friends). We weren't cool enough to have a Dreamcast, or weird enough to have an Xbox. The Nintendo stayed in the living room for everyone to use, hooked up to a TV that was old enough to have broadcasted the fall of the Berlin Wall. I was a little more protective of my PS2. Wary of spilled drinks and indoor ball games, I kept my console in my room, but it emerged alongside a multitap whenever anyone fancied a game. And we often fancied a game.
With a few exceptions, when my PS2 was in the living room there were two games being played. Like every other uni-house in the UK in the early-mid 2000s, there was a lot of Pro Evo Soccer going on, and possibly a bit of ISS. Don't ask me which installment, but it was probably PES 2 or 3. Penalty shootouts were a staple of multi-discipline drinking games, and something that we all took very seriously indeed. The second was Quake 3 Arena, which we played for three years. And for the entirety of that stretch, hundreds if not thousands of games, we kept a league table. Everyone knew their kill:death ratio and the house pecking order was largely dictated by our Quake performance. A set-up that ensured that the least dexterous of our group was condemned to three years of hoovering the living room. The slow-thumbed twat.
By far my favourite university game was TimeSplitters 2, which we played on the GameCube. We went through the story co-op countless times, and it has to rank as one of my favourite couch co-op experiences ever. And of course we rinsed the competitive multiplayer modes. I haven't played TS2 for going on twenty years, but I can still clearly remember the ins-and-outs of the levels and the bizarre array of characters. The halls and choke-points of the Chicago Nightclub and the Chinese Restaurant, or the open-space mayhem of the Ice Station. And of course Chasm, perfect for opportunistic snipers and mad rushes across the connecting bridges. All of this was played split-screen on a medium sized TV, something that is hard to imagine today with our 50" screens all to ourselves.
I continue to hope for a TimeSplitters resurrection. The reformation of New Radical was great news earlier this year, but I'll temper my expectations until we see something tangible. I've lost count of how many rumours we've heard or revival projects we've seen come and go over the years.
While we're on the topic of iconic local-multiplayer games, lets rewind even further back to my final year at secondary school. We'd regularly ditch an afternoon class, or maybe take an extended lunch, and head over to my friend's house, which was a stone's throw from school. Here we would express ourselves in the only way we knew how, by creating our likenesses in WWF Smackdown! and battling it out in a Royal Rumble. We'd fill his living room with like-minded people and powerslam to our hearts content. My friend also had an N64 and would occasionally force us to play No Mercy, but otherwise he was a good guy.
WWF and multitaps? I'm starting to feel very old.
Retro Gaming