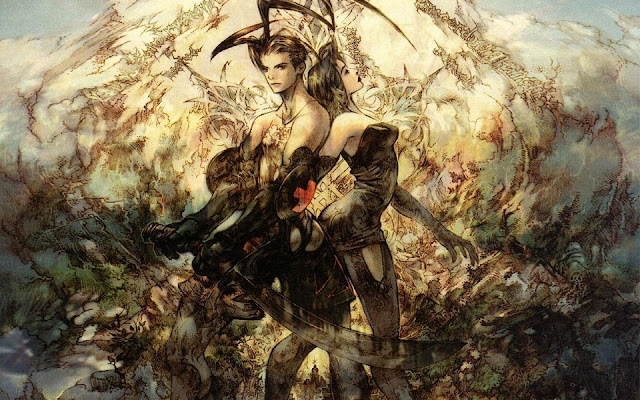 I don't half fancy an Uncharted 2 replay.
There's never a bad time to revisit my favourite game of the 7th Generation, and a permanent fixture in my all-time top five.
I should do that soon.
Over the last few years, I've increasingly found myself revisiting games. As a child and teenager, I would of course play the same few titles over and over. I'd only get my hands on so many games over the course of a year, so I'd play them again and again. This was also driven by a youthful desire to latch onto something that spoke to me and play it to death. As I got older, and had disposable income, I went the other way. Desperate to play everything new and noteworthy, I'd almost never make time to revisit games.
I've mellowed out considerably over the last few years and rediscovered the joy of familiar comforts. The Mass Effect Legendary Edition was by far the best thing I played this year, Final Fantasy IX HD brought back some lovely memories, and I also really enjoyed the Demon's Souls remake. But it's not just upgraded retreads; I've also been dipping into original versions of past favourites. I replayed Titanfall 2 in the new year, got terribly addicted to Resogun for the umpteenth time, went back to the soon-to-be-remastered Shatter, and even put an hour into the wonderfully flawed Lost Planet 2. Of course, I also played a bunch of elderly delights on my Saturn, though they were usually enjoyed in shorter bursts.
And I've got my eye on several other potential replay candidates. It's just a case of making time and accepting that they'll come at the expense of playing something new and shiny.
The extensive list of back compatible Xbox and 360 games on my Series X is a constant source of temptation. I'm saving Timesplitters 2 and Future Perfect as a festive treat. I have a tremendous amount of fondness for them both as rare bright spots from a time when my interest in games was at an all-time low. I've already procured a copy of Binary Domain on the cheap, ready for a revisit, and Max Payne 3 has stayed on my mind to a degree that far exceeds my initial enjoyment of it. It somehow grows in stature the further removed I am from having played it. Just like Breath of the Wild, only the complete opposite.
I fired up my Vita a few months back. You know, just to have a look at it and make myself happy and sad in equal measure. Happy that it existed; sad that Sony barely noticed. Within 30 seconds I was pondering a Vagrant Story replay, which I have on there as a PS One Classic. I haven't played it for twenty years, and I'll probably spend the next twenty telling myself I'm going to get to it shortly. I remember loving the setting, the aesthetic and the puzzles, but struggling with the intricacies of the weapon system. With my newly-enlarged brain, the result of hundreds of hours pumped into Monster Hunting and Dark Soulsing, I'd likely handle it a bit better.
And while we're on the topic of Yasumi Matsuno games, I'm well overdue a Final Fantasy Tactics: War of the Lions revisit, which also lives on my Vita. I haven't played it properly since the PSP upgrade, though I did briefly load it up over the summer and found it to be as enchanting as ever. I'm this close to buying a digital copy of Tactics Ogre: Let us Cling Together and playing that through for a second time. If I could simply buy it from the Vita store, instead of having to access it via the PC storefront, I would've accidently purchased it by now. All that being said, I've got a sneaking suspicion that we'll be getting upgraded versions of one or both of FFT and Tactics Ogre next year, so I'll probably hold off for now.
I'd be playing DJ Hero and/or DJ Hero 2 if my dongle weren't knackered. I'm perpetually on the lookout for a replacement, but have so far only found equally rotten-looking receivers. I almost bought a full game-deck-dongle set over the summer, before coming to my senses. Sticking with my PS3, I'd love to find the time to go back to Prince of Persia, which I'm surprised has never been remastered. Almost certainly too late for that now, I think. Also, I'm in the mood for a Resident Evil 5 re-run. I remember liking that far more than most people, and my recent playthrough of Village has me in the mood for more Resi and more Redfield.
I really should replay Metal Gear Solid V: The Phantom Pain. In my Best of the 8th Generation countdown, I wondered whether I would enjoy it even more now, stripped of unrealistic expectations and well aware of its narrative limitations. I could revel in its near flawless gameplay and get less upset about its narrative delivery and unfinished storylines. And finally, Yakuza 0. I originally played it in Japanese, back when SEGA had given up on localizing the series, and I didn't enjoy it. I was a little burnt out on Yakuza and had all but given up on trying to translate the Japanese. I finished it, but decided it was the worst Yakuza, something which I know many of you would take issue with. Being on Game Pass, in English, I've already got it downloaded to my HDD - give me a quiet month of new releases, and maybe I'll give it a second chance in 2022.
So many games, so little time. I'd best replay a few.
Contemporary Games Retro Gaming