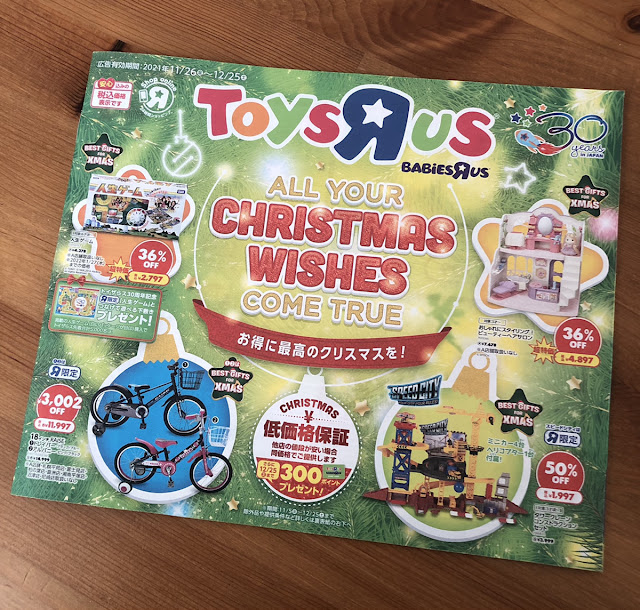 My daughter has spent a lot of time over the last few weeks perusing the Christmas 2021 Toys R Us catalogue. I have instilled in her the importance of reading it regularly and fully hyping herself up for the festive period. Look at the toys, imagine what you might receive on Christmas morning, and turn yourself into a quivering, over-excited yuletide wreck. Just like her father.
This year's catalogue is a little thin on games, but there's plenty there to excite children and adult-children alike. Its glossy pages are adorned with doll houses, Tamagotchi, Pokemon everything, board games, craft sets, a chain gun that fires off foam pellets, bikes, cars, robots that are cars, cars that are robots and robots that are just robots. It also features Lego sets to satisfy every kind of interest, as long as that interest is Disney, Minecraft, ninjas, or girls on vacation. And of course, it has video games. What would a Christmas catalogue be without them?
Our favourite hobby gets a double-page spread. But don't get too excited, as one of those pages is just Fortnite nerf guns. The second, however, is entirely dedicated to Switch, proof of the dominance that Nintendo enjoys here in Japan, and a reminder that for kids today, gaming = Switch, at least when it comes to consoles. No SEGA to balance things out like back in our day, or an NEC interloper to confuse non-savvy parents. Pokemon Diamond/Pearl and Ring Fit get the most space on the page, while the OLED, Lite and the OG Switch models all vie for your hard-earned cash.
To me, Christmas means video games. I was fortunate that my parents were willing and able to indulge my interest in games, one that developed around the age of eight or nine. But only at Christmas of course, because Christmas is made for consoles. I got my Master System II for Xmas 1991 or 1992, and a Gameboy around 1993. A Mega Drive followed the year I went to secondary school, and I got a Saturn bundle in 1996. If it wasn't consoles, it was games to play on them. Virtua Cop 2 and a blue light gun came one memorable Christmas; as I got older, it became a time for yearly updates of NBA Live or WWE Smackdown.
The truth about Christmas, and one that you only come to understand as you get older and presumably wiser, is that it's over in a flash and you need to savour the festive period, not just focus on the one day. It's all in the build up. Erecting the tree, decorating the house, shopping for loved ones, reminiscing and/or commiserating about Christmases past, deciding how you'll treat yourself, and setting impossibly high expectations for the 25th. It's about the Christmas period, and catalogues were a huge part of that build-up when I was a child.
My excitement levels would shift up a gear at the appearance of the Toys R Us catalogue. My brother and I would pore over it, planning Christmas lists and dreaming about aircraft carriers or big-boy consoles. I have a very clear memory of a winter catalogue for WH Smiths from 1992 that had Sonic The Hedgehog 2 on the cover. It was a version of the artwork that graced the front of the PAL Mega Drive game. I still had my Master System at the time, so I marveled at the 16-bit visuals and dreamt of the day I'd become a 16-bit boy. That I can still picture it now should give you an idea of how many hours I must've stared at it as a child!
And of course no Christmas would be complete without the Argos catalogue.
For the benefit of those of you not from the UK or Ireland: Argos is a retailer who for many years were the biggest catalogue shop on the market. You'd have been hard pressed to find a family in the 1980s-2000s that didn't have at least one Argos catalogue to hand. Released twice a year, not including seasonal supplements, they were hundreds of pages long and contained everything from lawnmowers to audio equipment. I can still picture many of the video game spreads which I spent so many hours looking at. The Master System II bundled with Sonic; the NES with Duck Hunt. A Mega Drive just under a hundred quid and an unfamiliar, grey rectangle from some electronics company called Sony. Come December, the pages would be littered with scrawled check marks - a wish-list of what we hoped might be under the tree come the 25th.
I've spent a silly amount of time over the last few days perusing PDF scans of these old catalogues. They are treasure troves, and the game pages in particular bring back untold memories, many of which are tied to the festive season. Maybe one day my daughter will look back at Christmas catalogues from her childhood and relive cherished memories, like I do now.
Happy Holidays to you and yours! Hopefully I'll see you back here just before New Year for my Best & Worst of 2021.
Retro Gaming