Thoughts on a Trip Back to Japan 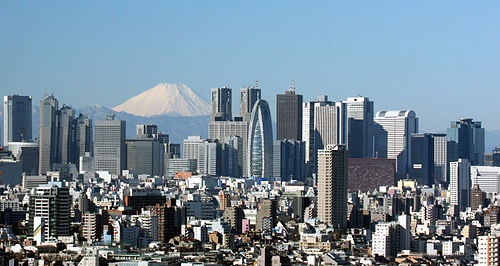 As regular readers will be more than aware, I recently took a trip back to Japan for two weeks. This coincided with Tokyo Game Show, which I attended on a press pass (you can find my coverage here). I have been back in the UK for almost a week now and I'm still fucking shattered and unsure if I should be having lunch or going to bed. I think I’m also still slightly hung over, after a solid fortnight of drinking.

The two weeks stirred-up mixed emotions, and served to further confuse my wife and I as to our future plans. Having recently lived in Tokyo for an extended period, returning for just a week or two always feels strange. It’s not quite a holiday, as my wife is on home turf and I have long since exhausted Tokyo’s tourist activities, but instead feels more like a fleeting return to our old lives, only with the added inconvenience of being situated outside of the capital and an atrocious exchange rate that made the trip far more expensive than ever before. A ¥400 beer no longer feels like a good deal, and I had to think twice before picking-up video games that I once considered a bargain.

That's not to say that we didn't enjoy it, and we made sure to make the most of our time with family and friends. I made my way through pretty much every type of Japanese food under the sun, as my mother-in-law made it her sole purpose to fatten me up for the winter. Okonomiyaki for breakfast? Why not! I also drank enough to single handily keep a brewery afloat, spending most nights in izakayas, bars or karaoke, as one hangover merged into the next.

As for the city itself, a one hour, door-to-door journey to north-east, central Tokyo meant that we were quite selective in where we visited. Akihabara, Ueno and Asakusa were the easiest areas of interest to reach, which suited me fine as they have long been my favourite parts of Tokyo. We ventured to Ikebukuro and Ginza, for shabu-shabu and a beer garden, but we didn't travel to the city’s most famous locales: Shinjuku and Shibuya. I've always had a soft spot for Shinjuku - having worked there for a couple of years - and was hoping to at least make it to 8-bit bar, a gaming establishment located in san-chome, but unfortunately it wasn’t to be. I have long since grown out of my infatuation with Shibuya - it is overly expensive, overly crowded and offers little you can't find elsewhere – and was content to avoid it.

I was interested to see what changes, if any, Tokyo had undergone since the devastating earthquake and tsunami that hit Fukushima and the surrounding areas earlier this year. Some larger buildings appeared less illuminated than I remember - part of an on-going attempt to conserve power - but by and large the city seemed as bright and vibrant as ever before. However, one thing I did notice was a reduced presence of western tourists and expats. Perhaps the tourist industry is yet to recover from the disaster earlier this year, and I can understand concerns regarding radiation, especially when it’s so difficult to get a reliable opinion on what is and isn’t safe. Friends who are still living in Japan tell me that many of their fellow expats left the country after the quake, never to return.

Health and safety concerns didn’t stop Tokyo Game Show from boasting the largest attendance in history, despite a significantly reduced presence of publishers and developers. I greatly enjoyed my 48 hours moonlighting as a true games journalist, and as always it was a real downer when the press days came to a close.

Despite my best efforts - in some cases offering to write previews for free - I struggled to make any worthwhile contacts with gaming professionals or get my foot in any doors. There is always a feeling of “them and us” at these kind of events, where you are either part of one of the many cliques or left on the outside looking in. That being said, having spoken to a few attendees, there seems to be an increase in individuals, like myself, who write freelance either as a hobby or a part-time job, as opposed to those who are full-time members of the gaming press, contracted to one, specific outlet.

Moving away from TGS and Tokyo, we did escape the city for a two day break at an onsen (hot spring resort) in the Tochigi mountains. I've never been one for sitting in steaming hot water, especially in the summer, but I always enjoy the countryside settings and the huge feasts they lay-on in the evenings. This time around, dinner was served in our room and was attended by our own personal waitress-of-sorts, who almost wet herself in excitement when I first spoke to her in Japanese. It took us two hours to make our way through the never-ending supply of food, and by the end of the evening it was all we could manage to crawl the five metres from table to bed! The next day we were almost stranded by the typhoon which was making its way through Japan, just managing to beat it back to Tokyo an hour or two before all the trains ground to a halt.

Back in the city, most of my day and evening trips were to Akihabara. It is the epicentre of Japanese gaming and manga/anime culture, and is an area I know like the back of my hand, having lived within walking distance for three years. A few bigger buildings, including a brand new department store, have sprung up in the last year, and a couple of old favourites have disappeared. I also noticed that a number of second-hand game shops no longer carry software older than the PS2 generation, making my Sega Saturn hunts much more difficult than in the past. However, there is still more than enough on offer to keep any gamer happy.

As you can see in the picture a couple of paragraphs up, I couldn't resist picking up a few games, though far less than I had initially intended. The main purchase was Joy Sound karaoke - a karaoke service that will be familiar to anyone who has spent time in Japan. Featuring a huge, constantly updating database of tunes, it was a must buy. I had to lug two sets of these bastards back to Heathrow, as friends of mine, who have also lived in Japan, couldn’t resist it either. Sticking with the Wii, I also picked up a copy of NMH2 which I’m looking forward to getting stuck into.

Kenzan! is the Yakuza, samurai spin-off that was never going to make it to the West. I decided not to pick-up Yakuza of the End; an excellent decision as industry listings have since revealed that it is most likely destined for foreign shores, albeit with a slightly different name.  Ogre Battle and the appalling Revolution X are cheap additions to my Saturn collection, and Silhouette Mirage and Azel Panzer Dragoon RPG are two, more expensive titles that I have been meaning to invest in for some time.

I'm still not sure why I bought a WonderSwan Colour. Gunpei Yokoi's final contribution to handheld gaming, the WonderSwan, will easily fit in your pocket but its dull screen leaves a lot to be desired. Still, you can’t really go wrong with a Final Fantasy collectors edition, and I get the feeling that this was dead stock, as it came with a shrink-wrapped, unused battery and all the contents are in pristine condition.

Although it has brought us no closer to making a final decision about settling back in Japan or remaining in England, it was certainly a memorable holiday, even if it has financially crippled me for the rest of the year! Thanks to this latest trip, we now have the single largest collection of Japanese condiments and sauces in England, as well as 65,000 songs of karaoke fun. Now, even if we do end up staying in England, we shall always have our own little part of Japan close to hand. Now that’s a result.
Japan Tokyo Game Show '11