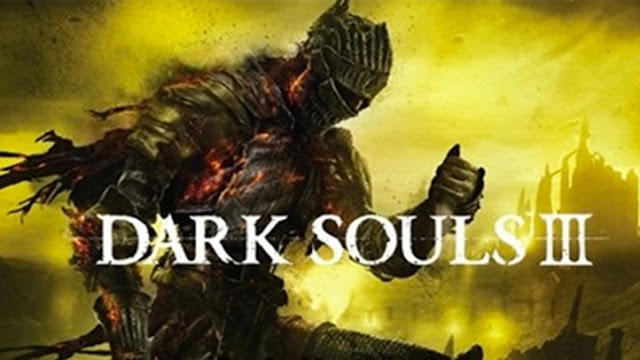 We are almost a quarter of the way through the year, and I have yet to play a game released in 2016. Unfortunately, this is unlikely to change any time soon. I have Dark Souls 3 preordered, but I probably won't have a chance to play it until early May, by which time our move to Japan should be complete and I'll have a brand new PS4 to replace my soon-to-be-sold launch model. Then it will be time for Uncharted 4, with Fire Emblem Fates and No Man's Sky soon after - four of my most wanted games all within the space of two months.

That should get 2016 started, five months late.

I mulled a few Q1 purchases, but decided not to take the plunge. Street Fighter V is barebones; I'll most likely give it a look in June, when the game has been patched in. There were no hang gliders or jet skis in prehistoric times, so I passed on Far Cry Primal, and I've convinced myself that Firewatch is just about walking around for a bit, and walking is rubbish. I can think of few things more unappealing than struggling with Jonathan Blow puzzles for thirty hours, so The Witness can fuck right off.

The final third of Bravely Default was so appalling that it put me off the series entirely, so Bravely Second was a non-starter. I was happy to ignore The Division, but I must admit that my interest has been piqued this last week, as the internet shared what appears to be a pretty interesting, albeit imperfect experience. Unfortunately it's a no-go for now, as I'll be lacking a reliable internet connection for the next few weeks. Perhaps I'll give it a look come the end of the summer, once I'm finished with Uncharted 4 etc. and have time for online shooting, though I wonder if I'll still be keen so far removed from launch.

So that's what I haven't been playing this year. What I have played is a collection of games from the recent past, and they've all been pretty good. I started off the year with Just Cause 3, which is great fun, despite a few frustrations. Clearing the map of enemy bases is hugely addictive, as is devising new and dastardly ways of blowing up the Mediterranean. I revisited and greatly enjoyed newer versions of old favourites in Flower HD and Super Stardust Ultra, and was rather impressed with Call of Duty: Advanced Warfare's campaign. The best since MW3, for my money.

I took the opportunity to go back to one of my favourite games of last year, The Witcher 3, via the Hearts of Stone expansion. It really is an outstanding game, and the DLC continues its run of excellence. It was just the right length, introduced some memorable characters and was challenging without being off-putting; I'll definitely be up for Blood & Wine whenever that comes out. I also revisited the Nathan Drake Collection, to play Uncharted 3 and complete my set of platinums. A brilliant game in a wonderful series, but not the equal of Uncharted 2, something that was even more evident this time around than it was back in 2011. The final stretch - sinking ship, boarding the plane, desert and convoy, city in the sand - is as good as any in the series, but it's a shame it takes so long to hit its stride. U3 is a great game that never quite met my sky-high expectations.

I've also spent some time with my Nintendo consoles. I put about five hours into Ocarina of Time on the 3DS, but it didn't grab me like I hoped it would. I've abandoned it for now, but I do intend on going back. I'm currently playing through Xenoblade Chronicles X on my Wii U, on which I'm somewhat torn. I hate the character art and want to murder Tatsu, an unbearable potato thing intended as comic relief, who has yet to say anything funny or important. I'm also not that fond of having to unlock x% of the map before accessing new story missions, a task that can be tedious and needlessly difficult. What I do like, however, is the magnificent, unique world that Monolith Soft has created. I don't think I've ever seen anything quite like it, and it's a miracle that it's running on two Wiis taped together. The story is interesting and the combat is growing on me, and that's enough to keep me going.