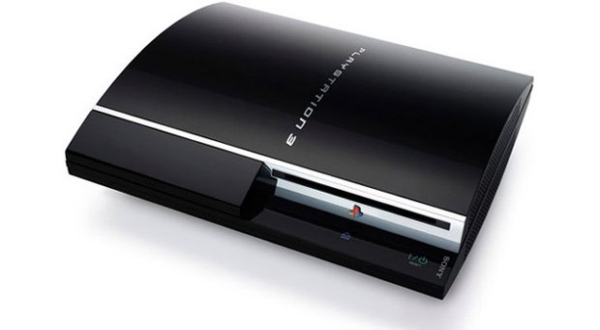 After more than a decade on the market, Sony is ending production of the PlayStation 3 in Japan. The last remaining SKU, the 500GB standard, will be phased out by the end of the month.

It was a tumultuous eleven years for Sony. They started off full of confidence, expecting to retain first place in hearts, minds and on the high street. But the PS3 was prohibitively expensive and lacked a killer app; it quickly fell behind the Xbox 360 and Sony spent years playing catch up. The 360 was widely viewed as the home of AAA and online multiplayer, and the Wii was where we went for family gaming and motion controls. Sony’s competitors had claimed the major, defining features of the seventh generation.

Sony suffered through a catastrophic hack, which they handled poorly, never fully tapped into the potential of Home and struggled with the widely held belief that games ran better on 360. Once celebrated for innovation, Sony became reactionary, aping the competition and doing a lacklustre job of it (see PS Move).

But it wasn’t all doom and gloom. PS Plus was a roaring success and put Xbox Gold to shame, with quality “free” games and an ever improving, and at that time free, online infrastructure. There was a steady stream of quality digital content, indies began to flock to PSN as the generation progressed, and Sony exclusives began to outshine Microsoft’s. Ultimately, Sony was able to dig itself out of a sizeable hole, selling north of 80 million consoles all told.

I had more fun with the PS3 than any console before or since. It came along at the perfect time, when I had the disposable income and the free time to fully enjoy it. Oh to be young again! The PS3 aligned with a blossoming interest in writing – I started blogging in 2008 – when I was living in central Tokyo, surrounded by like-minded friends. I was peak-gamerman, the gamerest of gamerz, playing hundreds of titles and racing through new releases at a blistering pace.

I rather enjoyed my PS3.

To mark its passing, I’m going to write a couple of posts about my favourite console. I’ll start here with a list of milestones, and then continue with some thoughts on a handful of games that best represent my PS3 experience, while avoiding writing about my favourites. I’ll wrap it up with some awards.

Although I’ve been playing games since the early 90s, for me the PS3 was a console of firsts. So here are a few milestones with “first” in the title.

First Games: Resistance Fall of Man, Ridge Racer 7
I bought my PS3 from Bic Camera in Yurakucho in the spring of 2008. It was expensive, so I limited myself to two budget, launch-window games: Resistance and Ridge Racer 7. I hardly touched RR7, but played Resistance from start to finish and greatly enjoyed it. A few days later, I abandoned my budget and picked up import copies of Grand Theft Auto IV and Call of Duty 4: Modern Warfare, both of which blew me away.

First trophy: Dead Space
Ah, trophies. For a time, nothing was more important. I got my first shiny, a lowly bronze, at 8.58pm on 26th October 2008. It was awarded for service in Dead Space, for dismembering twenty limbs. Lovely stuff.

First Platinum: Uncharted
I played through Uncharted three times within the space of a week to get my first platinum, back in early 2009. The start of my love affair with Nate and co. 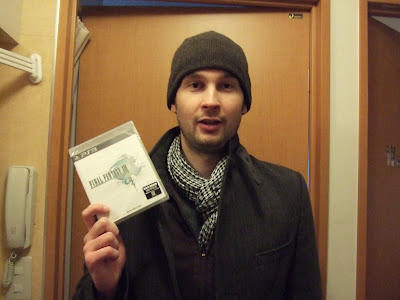 First Featured Blog on 1UP.com: Final Fantasy XIII Impressions
I queued up from 6.30am to get my Japanese copy of FFXIII. By midday, I’d already posted my first hour impressions, well ahead of those amateurs at Kotaku, IGN, Gamespot et al. The early bird gets the worm, or in this case a featured blog on 1UP and a couple thousand hits, at least a dozen of which weren’t bots.

By early 2009, I’d already had a Wii for a year and a half, but hadn’t bothered to connect it to the internet. Digital was still a dirty word in our house, but Flower looked beautiful so I took the plunge. The rest is history.

First Online Multiplayer: Resident Evil 5
RE5 was a blast in co-op. This is the main reason why I continue to rate it higher than most people – not as good as RE2,1 and 4, but superior to 7, 3 and 6.

First Special Edition: Resident Evil 5
Also RE5. It came with a DVD and a chainsaw memory stick that didn't work. I hadn't bought a limited edition game before, and I’ve bought scant few since, Metal Gear Solid plastics aside.

First Launch Queue Experience: Street Fighter IV
I queued because it was a quiet morning at work and I'd forgotten that I'm shit at fighting games. I was one of maybe ten people in line.

First Review Code: Military Madness
A terribly dull game, but it was nice to be given something to review. Like any good games reviewer, I didn’t finish it and made sweeping statements about gameplay, graphics and replayability. I may have also used the word “robust”. However, I was unable to call it the “Dark Souls” of anything, as it was only 2010.

First Game Played Start to Finish in Japanese: Yakuza 5
Because until recently, post-Yakuza-4-Yakuza was a Japan only affair. I have since played Ishin, Zero and 6 in their native language. Kiss my face.
PlayStation 3 Retrospective