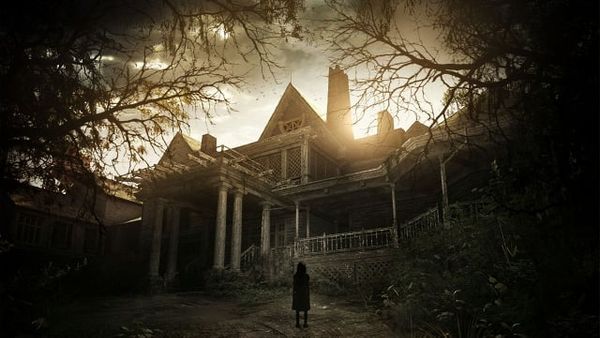 I’ve spent most of the first hour of Resident Evil 7 wondering why the fuck Ethan is doing what he’s doing. Our protagonist is either spectacularly brave or spectacularly thick. Nothing seems to phase him. He shrugs off severed limbs, refuses to run at anything above a gentle jog despite being chased by an immortal mentalist, and fails to react to pretty much everything.

Through the opening hour he is as cool as a cucumber and beyond unbelievable. If I were Ethan, I would’ve shat it.

If I were Ethan…….I would have notified the police the instant my dead wife sent me an email requesting my presence. That’s not normal.

If I were Ethan…..I wouldn’t go anywhere near rural Louisiana. I’ve seen the first series of True Detective.

If I were Ethan….I wouldn’t walk into a poorly lit house of death, no matter how much I loved my (dead) wife.

If I were Ethan….I’d have been asking questions as soon as I discovered the Baker’s fondness for VHS. No one in their right mind uses VHS anymore. These people are clearly ill.

If I were Ethan….I would have run a mile the second I watched a video of two people being murdered in a basement. On VHS!

If I were Ethan….having watched said video, I would not have descended into the murder basement. Ethan’s an idiot.

If I were Ethan….I would have taken my socks off before wading into the now-flooded basement.

If I were Ethan….I would have acted a little more surprised after discovering my dead wife alive in a cell. I’d probably give her a kiss or something too.

If I were Ethan… I would have been a bit less keen on braining my wife with a hatchet, regardless of her violent demeanour.

If I were Ethan….I’d immediately give up on the woman who chainsawed my hand off. That’s definitely grounds for divorce.

If I were Ethan…I’d be very surprised to find that my severed hand had been stapled back on while I was unconscious.

If I were Ethan….I wouldn’t trust Zoe, the voice at the end of the phone, despite her proficiency with a stapler.