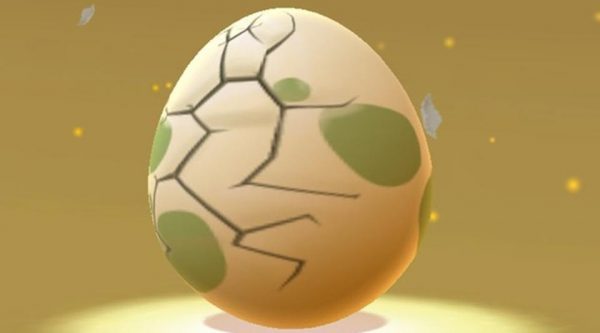 I'll do it anywhere. In bed or on the sofa. In the park, on the train or in a bar. In the office, when no one’s looking, and sometimes when people are. In public and in private.

Seven months and counting. One hundred and sixty five in the Pokedex, three thousand PokeStops and a quarter of a million Pidgeys. Hundreds of hours of flicking, reshuffling, recycling and evolving. I still enjoy the inventory management and get a kick out of catching, hatching and breeding new Pokemon. I continue to go out of my way to walk through the city so that I can hatch eggs and hunt, whereas previously I would’ve hopped on the train like a lazy, poke-less bastard.

However, I’ve yet to spend a penny on it, and there have been extended periods where my interest has waned, yet I always end up picking it up again. Convenience, instant gratification, the ease of hunting in Tokyo and the fact that family and friends are still playing are at the heart of its continued appeal.

It’s exceptionally rare for me to a play a game for so many hours and for such an extended period, relatively uninterrupted. However, there are a few others that I’ve played to death over the last twenty years.

I played two hundred hours of MH3U in the Spring and Summer of 2013. Three quarters of that time was spent on the 3DS, with the remainder coming on the Wii U. My wife and I hunted beasts large and small and competed to create the finest threads and sharpest blades. It was a wonderful thing sharing MH3U with her.

I’ve had fun with subsequent entries, but it’s not been the same. My wife finished at MH3U, as she has no interest in playing portable-only games, and I wonder if the fun I had with it was a one time only deal. Chances are I'll find out when MH comes to Switch.

Three of my favourite games of all time. I must’ve poured 500+ hours into this JRPG holy trinity – and another hundred more if I include Tactics - and no other games make me quite as nostalgic.

Of the three, it’s FFVIII that I have spent the most time with, having completed it at least four times, plus a partial playthrough on Vita. Each time I got everyone up to Lv.99, grabbed the ultimate weapons, beat the optional bosses and hunted down every Triple Triad card, which meant that each playthrough clocked in at around 70-100 hours. Best soundtrack and best game in the series, end of.

Christ I put a lot of hours into this game. I played a couple of full seasons – 82 games, eight minute quarters, full playoff brackets – from summer ’97 to ’98 as my favoured Phoenix Suns, and also once as the Knicks. I poured over the in-game stats and I still have the notebook into which I transcribed every meaningful statistic.

I’m sure my parents wondered what I was doing locked in my bedroom for hours on end with the curtains drawn. The same thing that every other teenage boy does alone, in their bedroom - recording triple doubles with Jason Kidd, getting to the basket as Kevin Johnson and throwing up I'll-advised treys with Rex Chapman.

When I wasn’t playing with myself, I was setting up playoff tournaments with my brother which always ended well short of the Finals as neither of us were great losers. I continued to enjoy the series well into the 2000s, but never as much as I did Live ’97, a game which I count among my favourites of all time.

My university friends and I put an absurd amount of time into these two shooters. We started off with Quake III Arena on the PS2 and played hundreds of games over our first two years at uni.

During the second and third years, we transitioned to TimeSplitters 2 on the GameCube. We became experts at zombie fragging, snowman melting and monkey murder and I came to know the levels like the back of my hand. Individually we worked through the varied challenges, and in pairs we tackled the co-op campaign, honing our skills for extended multiplayer sessions. Academic grades were of little interest; we measured our university success by kill:death ratios and number of monkeys wasted.