My Favourite Games of the 8th Generation: 5-4 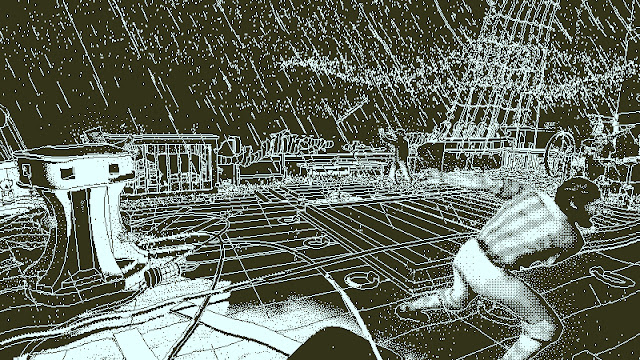 I'm writing a retrospective series about the end of the 8th Generation , which includes a Top Twenty Countdown of my favourite games.
The Countdown Rules.
20. Forza Horizon 4
19. Mario Kart 8 Deluxe
18. The Legend of Zelda: Breath of the Wild
17. Yakuza 6: The Song of Life
16. Mafia III
15. Undertale
14. What Remains of Edith Finch
13. Ghost of Tsushima
12. Assassin's Creed Odyssey
11. Death Stranding
10. Fire Emblem Awakening
9. Monster Hunter: World
8. Metal Gear Solid V: The Phantom Pain
7. Red Dead Redemption 2
6. Uncharted 4: A Thief's End
5. Return of the Obra Dinn
4. Yakuza: Like a Dragon
I've never played anything quite like Return of the Obra Dinn (2018), and I doubt I ever will again. In fact, it's so unique that I don't have the vocabulary to confidently discuss it. I've written and rewritten this blurb several times over the last month, and it's largely to blame for the extended break since my last post.
Return of the Obra Dinn is so good, so unknowable, that it has me lost for words. Or at least the words to do it justice. But whatever, let's give it a go anyway.
What at first stands out is of course the 1-bit, Macintosh-style visuals. They lend a mysterious, impenetrable quality to the nightmarish events that unfold aboard the Obra Dinn, a quality that would have been impossible with a more expansive, colourful palette. It ages the game in a way that you want it to be aged, an olden days setting with an olden days look. "This is probably what games looked like in the early 19th century" you think to yourself, before coming to your senses.
Darkness is foreboding, but the real horror arrives with illumination. The demise of the crew unravels first in darkness, in audio only. We hear muffled voices - arguments, and warnings shouted the length of the ship. We listen carefully to the creaking of the masts, the splintering of wood, the groans of imperiled sailors, other-wordly shrieks and the sound of flesh being rendered. The audio design is stunning. And then our eyes our opened to the death scene, frozen in time for our perusal. Once the initial shock passes, we begin to explore. Some clues avail themselves immediately, others need further investigation. Some will make sense in the moment, others we may not even realize are vital until much later on.
Poking around these scenes is a joy, only rivalled by the moment when we correctly match a face to a name. As an insurance investigator, we must decide who is who and what killed them, and thus complete their entry in our ledger. We put names to faces, skeletons to flesh, and ultimately bring closure to the unfortunate souls of the Obra Dinn. Success comes in threes, as our deductions and guesses are ignored until we make three correct matches. This prevents random guessing, and keeps us questioning our previous deductions. It's the perfect number to keep the player faithful to the spirit of the game, without making it unnecessarily difficult.
We must learn to find clues where we might not expect them, to cross-reference the resources at our disposal, and learn who and what should be trusted. The level of detail on the ship and the care that has gone into the creation of the crew make genuine deduction possible, despite the visual limitations. Names, jobs and fates may be betrayed by clothing, accents, relationships, or something as simple as where on the ship a crewmate stands. Environmental clues are abundant, once you've trained your eye to find them. The layers here are astounding.
Return of the Obra Dinn is a masterwork of puzzle design. I wish I could forget it all and play again, new for the second time. Maybe then I'd have better words to explain why it's so special. 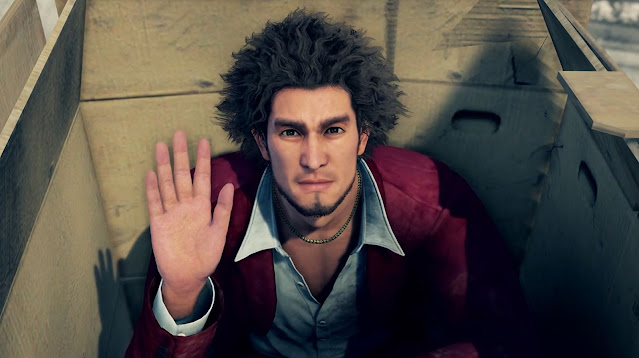 I've liked Yakuza since way before you liked it. I was playing them in English when SEGA had a crack at the West the first time around; I stuck with the series in Japanese when they decided not to bother anymore. I was over the moon when, with the support of Sony, they recommitted to localisation, and have enjoyed feeling smug as friends have since fallen in love with the series. The recent announcement that all future entries will receive simultaneous releases worldwide would have been unthinkable only a few years ago. Great things, as long as you remember that I liked the series before you did. Thanks.
While Yakuza is a personal favourite, there were certain elements that were starting to feel a little tired after so many entries and re-entries. An expanded cast from Y4 onwards certainly helped, and the spin-offs were interesting, but the overall mechanics and settings largely remained the same from 1-6. Yakuza was long overdue a shake-up, and that makeover came in the form of Yakuza: Like a Dragon (2020). Like a Dragon feels both new and familiar, and for that I adore it. Might-be-best-in-the-series adore it, for that matter.
The biggest change is of course the battle system, which is transformed from a beat-em-up style to turn-based. While the series has always flirted with the genre, Like A Dragon is a full-blown RPG. It's so assured in its new clothing that you'd just assume it'd always been that way, if you didn't know any better. It's a little less hectic than before, but the cartoonish violence is fully present and the humor has been ratcheted up a level. Our lead, Kasuga Ichiban, thinks of himself as the hero of a Dragon Quest, and to be fair, life is encouraging him to do so. Regular looking thugs transform into fantasy baddies, his hero-sword stand-in is a barbed-wire baseball bat that only he could dislodge from a concrete base, and he and his friends have access to skull-cracking limit breaks and stupendously silly summons. There is also an entertaining job system, which allows you to swap between combat roles such as a bouncer, break dancer or popstar idol.
Kasuga and his mates are not your standard JRPG crew. They are social outcasts, middle-aged misfits, desperately uncool and all on the wrong side of their expected primes. They are brought together by matching goals, but they are kept together by their resolute belief in Kasuga and their search for companionship. Kasuga is kind-hearted, gullible and driven by a desire to do the right thing - he's basically Kazuma Kiryu with slightly less intimidating hair and far less street cred. His main allies are Adachi, ex-police and now a driving instructor; Nanba, a disgraced nurse now living on the streets, and Saeko, a street-smart hostess.
Come the end of the adventure, I didn’t want to say goodbye to them.  I was initially concerned about jettisoning the old cast, but Ryu Ga Gotoku Studio has created a crew as entertaining and likeable as any that came before. Of course, it's not a clean break from the old gang, but when familiar places and faces appear, they complement and don't dominate. It couldn't have been handled better.
Yakuza has always been funny, but here the comedy is turned up a notch. From the constant nods to Dragon Quest, and Kasuga's rampant imagination, to the turning of mundane activities into something far more bizarre (going to the job centre, can recycling, staying awake in a cinema etc.),  Like a Dragon is the funniest game I've played in years. I want to turn it on again now, just to see Adachi randomly flex his muscles in the middle of the street! And like any good Yakuza, the comedy is punctuated by tender moments, though these moments are usually shouted and someone is probably topless. The comedy sits comfortably alongside themes of abandonment, loyalty, life in the sex industry, and horrendous acts done by massively violent people. While its insistence on depicting pimps as kind-hearted is problematic to say the least, in every other area these storylines are pulled off with aplomb and the switch between the ludicrous and the sensitive is impressively smooth.
I adore this series. However, the one knock on Yakuza is that it often outstays its welcome. It tries to fit in one too many characters or storylines, and begins to drag before the final stretch. I'm usually ready to move on before the game wants me too. In Like a Dragon, I wanted to squeeze out every last meaningful minute I could with Kasuga and co. A wonderful reinvention of a wonderful series.
The End of Another Generation