The End of Another Generation: Musings 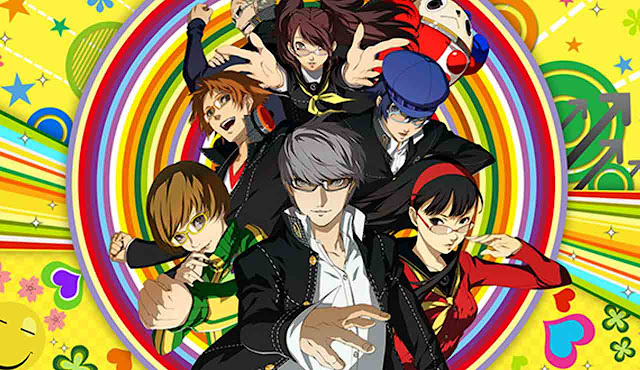 I'm writing a retrospective series about the end of the 8th Generation , which includes a Top Twenty Countdown of my favourite games.
1. The Repeat Standouts
Three of my absolute favourite games of the 8th Gen didn't make my Top 20 countdown, because rules. Rules that I foolishly set. Specifically, that remasters and ports did not qualify, regardless of how expanded they may be.  A bloody stupid rule that robbed my list of three of the best games of the last decade. A rule that I now deeply regret.
Rez Infnite (2016), Persona 4 Golden (2012/13) and Monster Hunter 3 Ultimate (2013), please accept my sincerest of apologies.
Infinite is the optimal way to enjoy Rez, a game that has grown on me with each subsequent upgrade. I liked it on the PS2, liked it even more in HD on Xbox 360, and fell in love with it on PS4. I've played it a few times in VR, at demo events and using a friend's VR set, but I've mostly enjoyed it on my TV. The lack of an extra reality did little to dampen my enthusiasm. The additional level, Area X, is probably my favourite gaming moment of the last few years, and I hope that Enhance will one day revisit it for a full game.
I was obsessed with Persona 4 Golden for several weeks back in 2013. I was genuinely shocked at how thoroughly I enjoyed it, as it was the kind of JRPG experience I thought I had outgrown. The gang, the writing, the colours, the music; all resplendent and perfectly matched to the unloved, but loved by me, Vita. It was the perfect moment, and the perfect platform, for me to enjoy Persona. I wish I could recapture that moment, but subsequent attempts to get back into the series didn't quite work out. I guess some experiences are meant to be a one-off.
Monster Hunter 3 Ultimate was my entry into Monster Hunter. I'd briefly tried the series on PSP, but I didn't get what all the fuss was about. Fast forward a few years, and I found myself thoroughly addicted to MH3U, an expanded port of Monster Hunter Tri (Wii). I remember buying it on 3DS at launch, and trying to convince myself that I was going to get into it, but knowing deep down that wasn't going to happen. A few weeks later, I picked up a Wii U and a home console copy of Ultimate. If I'm not going to play it on one console, I thought, I might as well not play it on two! Then something unexpected happened. My wife expressed an interest, and we spent the next few months hunting as a pair over hundreds of hours and hundreds of hunts. MH World and Rise were both excellent, but I've never enjoyed co-op hunting as much as I did in MH3U. In quality and content, Ultimate has long since been eclipsed, but it will likely forever remain my favourite Monster Hunter.
Yet I couldn't put it on my list, because rules. Fucking stupid rules.
Ignoring said rules and re-making my list with no restrictions, MH3U, Rez Infinite and Persona 4 Golden would all be inside my Top 5. And if we're opening up the floodgates to retreads, then the Uncharted Collection would clearly be no.1.
Uncharted 2, Game of the Generation for two generations straight. Sounds about right.
2. Not to be Forgotten
While they weren't necessarily among my 8G favourites, there's a handful of games that nonetheless resonated with me. They are still on my mind, and are among the first I think of when I reminisce about the last decade.
Lumines Electronic Symphony still lives in my Vita to this day - a full-time resident in the card slot. As easy to jump into as it is difficult to put back down, it was probably my most-played Vita title. A Plague Tale: Innocence felt very different to other action games I played last gen. Sure, the gameplay wasn't exactly unique, but that setting and the unstoppable rat-team were. Just a lovely surprise. Titanfall 2 is probably the best FPS of the last console cycle, and came closer than any other game here to cracking my Top 20. Compact, smooth, and supremely paced, it stood out from the pack. And speaking of compact, let's not forget The Order: 1886. The industry has moved away from super-linear, short, cinematic games, and that's a shame as I still have a very large soft spot for them. The Order would've probably been lost in the shuffle on the PS3/360, but in the 8G it was a rare beast indeed, albeit an underappreciated one.
We saw so many remasters over the last few years, and for me Final Fantasy VIII Remastered was the most significant. I was ecstatic to find that Squall's death dream is still god-tier and deserving of all the love I continue to lavish upon it. Abzu, Super Mario Odyssey and Animal Crossing: New Horizons all have a special place in my heart, as they were the first games my daughter wanted to watch me play, wanted to play with me, and played on her own, respectively. Sayonara Wild Hearts was a mish-mash of so many things that I like, but very much a one-of-one in the way it melded everything together and presented itself as a playable pop album. Grindstone was that rare mobile game that demanded my attention, and looked so pretty doing it. And I would be remiss in failing to mention Pokemon Go, which dominated the summer of 2016. 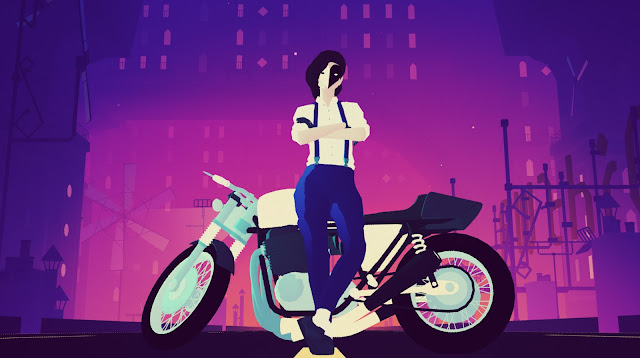 3. An Eighth Generation Downer
Something dawned on me as I started to compile my Top Twenty countdown. As I searched for the best games of the out-going console cycle, I realised that I really didn't enjoy the 8G anywhere near as much as the previous go-around. I don't think this is some kind of anti-recency bias. It's not a consistent preference for things that are a little older, though I definitely suffer from that. I just didn't find the games to be as affecting as the previous gen, and I certainly don't feel as attached to the hardware. When it comes to the boxes sat under our TV, it was an iterative, somewhat underwhelming generation. We'd played these consoles before, just at slightly lower specs.
Don't get me wrong, I greatly enjoyed every last game in my Top Twenty. We were certainly treated to some instant-vintage these last eight years, and the games towards the top of my list compare favourably to all but the absolute best of previous generations. However, as much as I love writing about games, there were scant few from this era that I was dying to talk about, which would explain why it took me six months to finish this series of posts.
Maybe I'll consider the 8G more favourably once I've put a bit more distance between us. Then again, maybe I won't.
4. How It's Going
Don't worry, games are still good.
Over six months into the new console cycle, and I'm feeling pretty good about where we're at. Or at least where we're headed. Yes, hardware shortages are frustrating, and the painfully slow release of next-gen titles has been very disappointing, but we're clearly going to get there.
I've split my time between PS5 and Series X this year, with the occasional break for some Switch. Honestly, I think the PS5 OS design is terrible, but that can always change. Performance-wise, however, I've been very happy. The Dualsense is the single most impressive part of Sony's new console, and Astrobot did an outstanding job of demonstrating its features. In design and content, I've been very impressed with my Series X, and Game Pass is deserving of the considerable praise that has been lavished upon it. However, and even more so than with Sony's console, the lack of next-gen games is very concerning. This winter can't come soon enough.
****
One more post and then we can put this retrospective series to bed. I'll be finishing up my Top Twenty countdown at some point in the next few weeks, after which we can get back to talking about Saturn games and whatever it is I'm playing on Game Pass, PS5 and Switch. Lovely.
The End of Another Generation