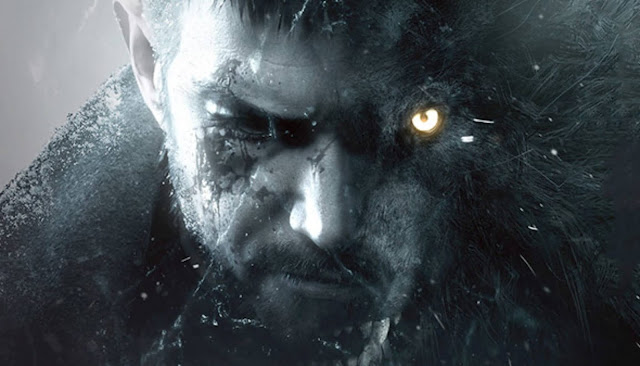 I've been playing Resident Evil since 1997. Four decades of Biohazard.
No other series can compete for longevity. Final Fantasy would come the closest, but RE would still have it beat by 2-3 years. Metal Gear Solid is of that era, but it has since expired along with many of the other gaming franchises that were important to me in the 1990s. While almost everything else from that period fell by the wayside, Resident Evil remained - entertaining and relevant.
It almost didn't though. Resident Evil 6 felt like a point of no return. Tired and overdone, it was a bad impression of what had come before, combined with contemporary action-game conventions that were already growing stale. MASH CIRCLE TO LAND THE PLANE! It was an incohesive mess, each promising section undone by several irredeemable ones. It was clear that the series had to change. Fortunately, Capcom were well aware.
They looked backed and reimagined; they looked forward and reinvented.
Viewed today, remaking the original trilogy seems like an obvious choice. A guaranteed win, but I'm not sure that was the case at the time. Tonally, the original was very tongue-in cheek. Obvious to a fault, featuring silly characters saying very silly things. As the series progressed, it became slightly more serious, though it thankfully never fully shed its silliness. REmake struck a balance between the original's tone and what we've come to expect from current action games. Remakes of RE2 and RE3 went even further, being fully-polished, fully-modern action titles. They are companion pieces to the source material and not intended to replace them. All three were excellent.
Resident Evil was one of my favourite games on the Saturn. I enjoyed it so much that I sold my console and games to fund a PS1 purchase, once I'd learned that RE2 wasn't coming to my soon-to-be discontinued Sega. A bittersweet transaction, but worth it for an era-defining game. Given how much I enjoyed RE2, I'm not sure why I didn't play RE3 when it first came out. It probably had something to do with my new infatuation with Final Fantasy. I caught up a few years later, and it was one of the first games I played start-to-finish in Japanese.
RE4 was a clear and welcome change of direction. A concession that the old formula had run its course. I played it on my housemate's GameCube when I first moved to Japan, a game to bond over at the start of our friendship. I moved out just before I finished it, so I bought my own copy on the PS2 and was more than happy to run through it again. The action-focus was ratcheted up with RE5, which I really enjoyed, especially in co-op. RE6 was a disappointing end to the otherwise excellent action-heavy trilogy.
Resident Evil 7 was yet another change of direction. A return to the series' survival horror roots, but with modern sensibilities and a shift to a first-person perspective. Brave but necessary. While I was impressed by the change, I can't say I loved it. The Baker household was certainly memorable, but I found the rest to be decidedly average, not to mention too long.
(Minor spoilers follow for RE Village)
And that brings us to the present day and RE Village, which I finished this week and was greatly impressed by. It's a far more consistent outing than RE7, though there are admittedly some troughs. Ethan remains a non-entity, the consequence of being a faceless protagonist, but his story is a little more engaging this time around and his talents of more interest. Chris Redfield has a much smaller role than his cover-art appearance would suggest, but he dominates the scenes he's in. The advantage of having a face and a nice coat. His moment in the spotlight makes for a welcome contrast between a well-armed and well-trained military-type and whatever Ethan is, and makes you appreciate Ethan's struggle even more.
Big-baddie Mother Miranda is pulling all the strings, but for the most part she's a zero-presence - an invisible bogeyman to keep everyone else in check and doomed to disappoint when she does finally take centre stage. Her "children" are far more interesting, however. Each dominates a distinct stretch of the game, serving as your horrific host. Village plays its strongest hand first, by immediately funneling you to Lady Dimitrescu's castle, which is by far the best part of the game. Donna Beneviento's house of dolls is as creepy as any location in RE history, and that hour is even more uncomfortable for being stripped of your weapons. That being said, the boss baby bit was very daft. Moreau is different again, though unspectacular. Heisenberg's factory dragged a little, but I liked that character and the tease of potential cooperation. Ending up on a weaponized sit-on mower was the icing on the cake.
I was in awe at the size of the Duke, our enigmatic merchant and local unit, and constantly worried about the state of Ethan's hands. Ammo is just scarce enough to make things interesting, but abundant enough to ensure that you can shoot your way out of most situations; the majority of the game moves at pace, like all the good Resident Evils do.
It's been almost twenty five years, and I'm still enjoying Resident Evil. Thanks for that, Capcom.
Contemporary Games Retro Gaming