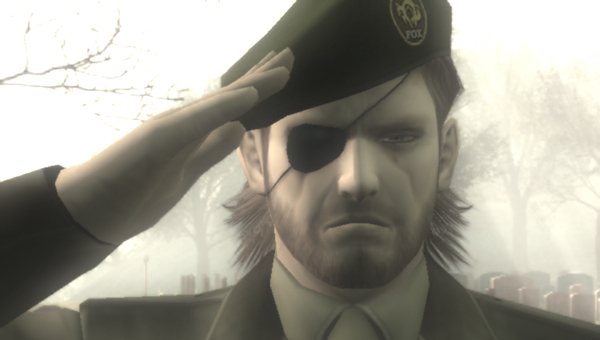 I didn't believe Hideo Kojima when he said that The Phantom Pain would be his last Metal Gear Solid. After all, he has claimed on numerous occasions that he is finished with his well-loved series, but he has always come back for more. This time however, it looks like he may have actually meant it.

Rumours have been circulating all day that Kojima has left Konami and that his studio, Kojima Productions, is no more. KP logos have been removed from the Phantom Pain's website, Koji Pro's site now redirects to Konami's MGS portal and references to Kojima and his studio have been removed from Phantom Pain marketing materials. To top it all off, earlier today Kojima tweeted an image of Snake about to enter a helicopter, with the comment "heading off".

There are so many questions, many of which may have already been answered by the time you read this. Has Kojima really left Konami, or is this simply a reshuffling of talent? Has Koji Pro been dissolved, rebranded or merged with another studio, and what happens to the rest of the talented production team, most notably long-time lead-artist Yoji Shinkawa? What impact does this have on The Phantom Pain and, more importantly, is this the end of Metal Gear Solid? While Konami has shifted much of their focus to mobile development in recent years, I can't imagine them giving up on such a high profile and profitable franchise, so perhaps it will continue under the guidance of less able creators. Perish the thought.

And why leave now? In one respect, the timing makes sense, as we approach the end of the financial year, but I still wonder why Kojima chose to walk away just six months before the release of Phantom Pain. Perhaps there was no choice, and he was forced out, though the proximity to MGSV makes that seem unlikely. Maybe he's thoroughly fed up with being tied to a single franchise, frustrated by a company that would not let him branch out into something new. Maybe he was just unhappy with Kiefer's Sutherland's uninspired turn as Snake. Yes, that must be it. God I miss Hayter.

If Hideo Kojima is truly on his way out, then this is the end of an era. I will miss MGS, though I'm interested to see what the industry's most prominent auteur will do next. Hopefully, it will be a video game - please Koji, don’t make a movie, I'm begging you! I'm excited to see what emerges from that weird and wonderful mind of his, and discover whether MGS was stifling his creativity and robbing us of some new genius, or if it was hiding the fact that he ran out of new ideas a long time ago. I'd bet on the former.

All good things must come to an end, and hopefully The Phantom Pain will be the swansong this wonderful series deserves.
Contemporary Games