Back on the Hunt 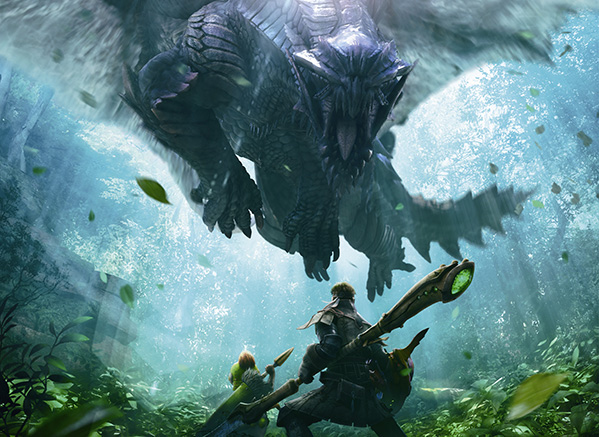 It takes at least ten hours to get over the Monster Hunter hump. As trite as that statement may be, it is completely true. Monster Hunter 4 Ultimate might be the most user and newcomer friendly of the series, but it’s still rough going early on. With the exception of the opening skirmish, early missions are comparatively mundane and fail to convey the brilliance of Monster Hunter. I'm no stranger to the series, yet I initially struggled with the latest instalment, before finally getting into the swing of things around the ten hour mark. No surprises there then!

Once you get over the initial hump, Monster Hunter 4 Ultimate is sublime. There is a huge selection of monsters, and you are constantly having to learn new techniques and craft better equipment in an effort to remain at the top of the food chain. Creating and wearing new sets of armour, forged from the materials harvested from your prey, is the best part of Monster Hunter; it is a morbid fashion show, a hunt history that you take everywhere with you. Few things are more satisfying than beating a giant beasty about the head until it coughs up that one, final drop that you so desperately needed to complete your latest outfit.

Farming materials to make equipment may not sound like fun, but the genius of Monster Hunter is that hunting the same prey over and over never feels laborious. Your load-out may not change, but each time you face the same monster you'll kill it a little quicker as you learn to anticipate its moves and are better able to recognize windows of opportunity for aggression. This gradual improvement is hugely satisfying and is the key to your future success. Soon you will be fighting bigger, more dangerous and intelligent creatures and you'll have to rely upon past experience and techniques that you honed while felling more forgiving foes.

While the combat may be serious business, Monster Hunter is as light-hearted as ever. Even when it’s kicking your arse, it's still fun, thanks to humorous dialogue, silly animations and a colourful and vibrant world. You'll celebrate slaughter by prancing around with friends like some hideous morris dancer; you’ll snuggle with a pig and play dress-up with your cat companions, which I guarantee you'll give silly names (Ocelot, The End, Otacon, The Boss... I have a theme). Crucially, MH4U succeeds at making the time between hunts entertaining and worthwhile.

Monster Hunter 4 is best experienced with friends. Unfortunately, that's exactly what I haven't been doing, as I have struggled to catch up with my intended partners. One seems to have already lost interest; the other is very keen, but a nine hour time difference has made it near impossible to team up. It doesn't help that my baby daughter has a nasty habit of waking up, screaming, or trying to eat something expensive and inedible the second I enter a multiplayer lobby. It's hard killing Rathians when you're a dad.

Bloodborne is about to tear me away from MH4U for at least a month, but I'm confident I'll be back once I'm done with Miyazaki's foulness. While I may not invest the amount of time I did in MH3U, I have a feeling I'll be dipping in and out of Monster Hunter 4 Ultimate for many months to come.
Monster Hunter