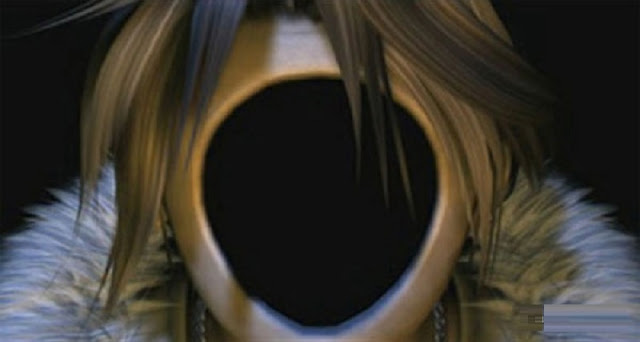 Japan has gone Halloween mad over the last few years. Shelves are stacked with gruesome tat and cute pumpkins, and thousands of fancy-dressed youths pack into Shibuya on Halloween weekend. We’re not yet at trick-or-treat levels of stupidity, but we may only be a few years away. It’s a fucking nightmare.


To celebrate my favourite seasonal event, I thought I’d share some video game related scares. Because I like video games and have played lots of them.

Video games aren’t scary. If someone tells you otherwise, then they are either a big baby or a liar. Interactive media should excel at making you jump, yet the best horror games don’t come close to matching movies for shocks and scares.

I can only think of one exception, and that’s Dead Space. I felt genuine dread each time I rounded a blind corner, opened a door to an unexplored room or found myself stranded in an unlit space. I felt uncomfortable throughout, thanks to the eerie sound design, the derelict setting, Isaac's bouts of insanity, the genuine lack of reliable ammo, and of course the monstrous enemy design. I was being harassed by unspeakable evil and had little more than the contents of a tool chest, albeit an overpowered one, with which to defend myself.

Alien Isolation ticked a lot of the same boxes, but it just didn’t know when to end. Halfway through, the xenomorph had ceased to be a horrifying presence, and had become a simple annoyance.

The Wii U Turning on by Itself

It scared the crap out of me the first few times the Wii U tablet lit up to inform me of a new download or latest e-shop release. It was particularly surprising when it turned on in the middle of the night, as I was sitting alone in the dark, bleary eyed, wondering if my infant daughter would ever let me get a full night’s sleep again. I eventually found the setting in the options menu and turned it off. The Wii U thing, not my daughter.

I’m minding my own business, playing Fighting Vipers on my Saturn, when all of a sudden the game pauses mid-bout and a new challenger appears. It is none other than Pepsi Man, the metallic gimp, the fizzy menace, the faceless horror; the titanium tit. Unsure if my copy of the game was haunted, I decided to bury it in the back garden and gauge my eyes out, just to be safe. I’m happy to report that there have been no repeat occurrences.

A blinking yellow light
All of my saves gone
My wallet £200 lighter
A day of infamy.

It’s Tokyo Game Show 2009, my first with a press pass. I’m feeling brave and decide to blag myself and a friend into a behind-closed-doors demo of Bayonetta. A confused PR rep lets us in, because she’s lost her guest list. We start playing Bayonetta, and it’s really rather good. We are feeling quite pleased with ourselves, until the rep informs us that one of the producers is on his way to answer our questions. Also, she is going to pop next door to confirm our demo booking which, to be fair, I told her we didn’t have. We left quite quickly after that, fearful of the wrath of SEGA and Platinum Games.

What a bloody nightmare. Microsoft was dead set on limiting our access to used games, and requiring consoles to connect to the internet at least once every 24hrs to renew software licenses. It’s still hard to fathom that they would even consider such an anti-consumer approach. A proper fuck up that had us all breaking out in cold sweats.

Whenever people start talking about Zelda, Mario, Metroid, that Kirby fuck or whatever, I always start to feel a little uncomfortable. I’ve played one Zelda, appreciated but never particularly enjoyed Mario, played twenty minutes of Metroid and have never touched Kirby, because I’m not seven. I try to keep up with Nintendo conversations, and will chime in with some basic knowledge - did you know that Zelda is the princess, not the green boy? - before retiring to the bathroom to have a nervous breakdown. Why can’t people just reminisce about Sega stuff?

This is a nightmarish theory which posits that Squall, the reluctant hero of Final Fantasy VIII, actually dies at the end of disc one. All subsequent events are fantasies, conjured by his dying mind as he slips into darkness.

I stumbled upon this only recently and haven’t been able to stop thinking about it. It makes a lot of sense, especially if you ignore the evidence to the contrary, and the fact that series producer Yoshinori Kitase has stated categorically that it’s not true. The last thing we see at the end of the first disc is Squall being impaled by an ice shard, yet he wakes up at the start of disc 2 without so much as a scratch. This theory would also explain all the silly narrative turns, the sodding Moombas, Rinoa’s sudden romantic interest in our sulking lead, and that weird-arse ending. It is all the figment of his imagination, a fantasy playing out in his last few moments, a glimpse of a future that he would never see. It’s all quite upsetting.

Even those games of Triple Triad are nothing more than a dream. The final thoughts of a dying teenager.

Perhaps we are all dead?