Nintendo Switch - Arguing With Myself 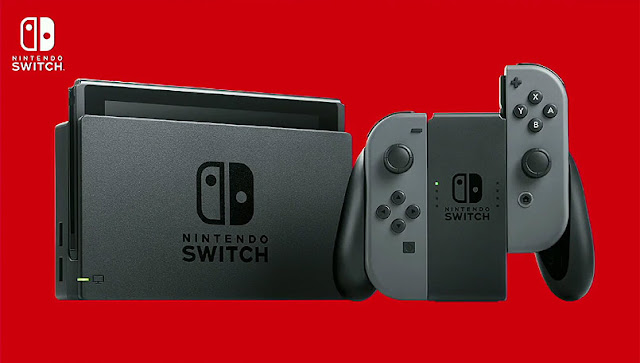 I almost bought a Switch last week. Amazon had both the grey version and the Mario Odyssey bundle in-stock, and only ¥1000 above SRP. I decided to mull it over and waited for the following morning, by which time my interest had subsided and both versions had increased in price by 25%. Fuck that, then.

History suggests that I'll eventually end up with a Switch. Back in 2012, I was agonising over pre-ordering a PS Vita. I eventually went for it, and I'm happy that I did. Two years later, I was unsure about picking up a discounted Wii U. Predictably, I ended up with one. I didn't particularly enjoy my Wii U, but without it I wouldn't have played two hundred hours of Monster Hunter 3 Ultimate with my wife, so it wasn't all bad. This time last year, I was umming and ahhing about the Xbox One. I eventually bought one, which is a decision that I deeply regret.

Anyone want to swap an Xbox One for a Switch?

If Switches were easier to find here in Japan, I'd probably already have one by now. But they're not; I'll have to make a real effort to track one down, and also be prepared to pay over the SRP. It's not an easy decision.

So I've been arguing with myself over the last few weeks, struggling with the pros and cons of buying yet another video game box.

Matt: People are pretty high on the Switch. We should get one, yeah?

Matt: I'm serious. Great games, and a great console with a worthwhile gimmick.

Matt: Yes, fair enough, the FE games are excellent. Sorry about that.

Matt: The answer is Wii Sports. We haven't loved a Nintendo game since Wii Sports, which was ten years ago.

Matt: Don't be ridiculous. The Mario game on the Wii U was really well made, and the Zelda remakes on the 3DS were very interesting.

Matt: "Well made?" "Interesting?" Who are we trying to kid? We appreciate Nintendo games because they're well designed, and because everyone else tells us they're great. We always start off with good intentions, play for a couple of hours and then move on to something else. Something less Nintendo.

Matt: But this time will be different. Odyssey is the Mario that we've been waiting for; Breath of the Wild is the Zelda that will win us over.

Matt: Do we seriously believe that?

Matt: Look, the Mega Drive was almost thirty years ago. It's time to let it go. Blast Processing didn't mean anything. We're not in the playground anymore - it's OK to like Nintendo games. We're too old to be rad.

Matt: Look, we're going to enjoy Zelda. It's the kind of open world, activity-filled game that we can get into. It looks like Nintendo Skyrim, minus the mead and gore. The wife might even enjoy it, which will make us feel less guilty about spending more money on video games.

Matt: I'm just going to speak over us.

Matt: I don't even know who we are anymore.

Matt: Yes, I think she would. It'd be nice to share a video game with her. By which I mean let her watch while we collect all the moons. She's definitely not touching the Switch. She'd put stickers all over it and then give it a bath. But yeah, that could be good for evening, daddy/daughter time.

Matt: But we already have a Wii U and the game where Mario turns into a cat and shit. Why can't we just play that? Why do we need a Switch?

Matt: For the same reason we bought that Wii U. Why we bought an Xbox One. Why we kept upgrading our 3DS to the latest model. We like to have the newest machine; we like having things.

Matt: Do you remember how happy we were back in the seventh gen, when we had every mainstream console and portable?

Matt: It was bliss. We could play anything. We were beautiful. Nothing could stop us.

Matt: So we're getting a Switch then?

Matt: Sure. Wait, no! Definitely not. We aren't Nintendo people, we have no use for another portable console, and there are far better things to spend ¥40,000 on. We don't have time to play the games we already own, and the Xbox One is already one console too many.

Matt: You know Skyrim's coming out for Switch, right?