The Impossibility of a Next-Gen Preorder 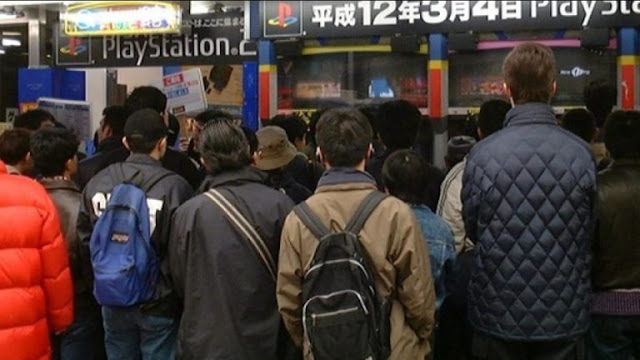 It has been a week of abject disappointment.
No one will take my money.

I've refreshed Amazon into oblivion. I've signed up for special club-card memberships to access limited preorder opportunities. I've registered for notifications, emails, faxes. I've entered countless lotteries but I'm no closer to securing a next-gen preorder than I was a week ago.
It has been a right mess here in Japan. If Twitter is to be believed, it hasn't been much better in other major markets either. Last Thursday, Sony announced that retailers would be accepting orders on Friday. Apparently, many retailers weren't ready. The PS5 went live on Amazon Japan at 10:00 and most of us couldn't even find the page, let alone get an order in. The vast majority of major electronic retailers opted to stick to their own timetable, and start things the following week. Things = lotteries, where you enter to win the chance to spend ¥55,000 - a horrid system that makes you feel like a loser from the get-go. I've entered a few already, and have yet to strike gold.
I wondered if going direct to the Sony Store would provide better results, because I am an idiot. You had to be a membership-card wielding super fan to enter the first lottery.The second is more inclusive but no longer guarantees delivery at launch, so fuck that.
I've been very impressed by Microsoft the last month, yet I still won't be pre-ordering a Series X/S. However, I was up at 0:00 on Friday when preorders went live, so I decided to have a look and see what was available. A spectator, but one who might buy a Series S if one were gettable, which they were not. If Xboxes are available for walk-ins on launch day morning, and I haven't secured a PS5, maybe I'll make Xbox my lead console for the next gen, though I probably won't be that drunk that early in the day. However, 2020 has been full of surprises thus far, so you never know.
I will buy an Xbox Series X or S at some point, but it doesn't need to be for another year or two.
So how could we improve the preorder process? I have some suggestions.
1. Let me walk into a shop and place an order, for fuck sake
I just want to speak to a human and receive a slip of paper that confirms I'll be able to get a console on Day One. Or even better, let me line-up outside on launch day, like some rich kid from the 1990s. Give me that false-nostalgia buzz. Make me work for my console, by forcing me to camp out all night battling the elements, nerd interactions and the risk of corona virus. Hmmm, maybe online preorders aren't so bad after all.
2. Online, but be ready for it
Online is fine, but make sure your site is up to it. You know that tens if not hundreds of thousands of us are going to descend upon your website within the same ten-second window, so be ready for it. Reinforce the bytes, quadruple the nets; put a helmet on the web code. Pull your fucking finger out.
3. Have a quiz
Test my gamer qualifications. Ask me questions to decide if I'm worthy of repping the latest hardware.
Or you could ask me to kill for next gen. I'd do it, probably. Definitely if you throw in an extra controller.
I don't know what the answer is, but I know I'll feel a lot better when I finally snag a next-gen preorder. I don't have a long history with buying hardware at launch, with the exception of the PS4 and the PS Vita, but I really want a PS5. I want the latest console and I want to experience it alongside everyone else who cares about this kind of thing. That there is maybe half a PS5 game I want to play doesn't bother me at all, nor does the high price. I know I'll be using this console for years to come, for thousands of hours, so it'll be well worth it.
Six and a bit weeks to go. Wish me luck.
Contemporary Games