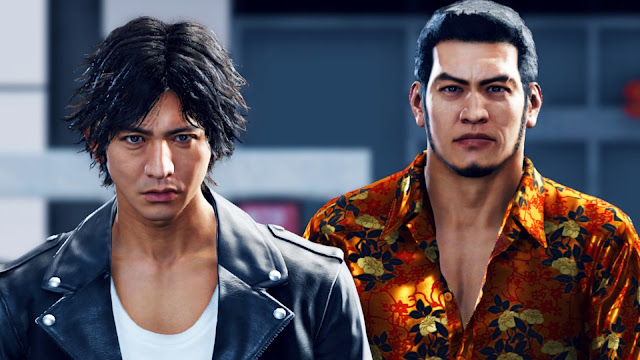 We're a little over a month away from THE NEXT GEN, which means it's almost time to swear off the current-gen bullshit. There'll be no time to play or even think about anything released before November 2020. PS4, Xbox One, Switch all in the bin.
Actually, let me get that Switch back.
As we prepare to stagger over the generational finish line, I've had the overwhelming desire to clear out my current gen backlog. To play the games that have been weighing on my conscience since I bought them several months, or even years, ago. Those that have been sat on my shelf for ages or loitering on my hard drive longer than they ought.
Finishing them provides more than just a false sense of achievement, as some of them are properly good. Not new-game good, obviously, being that they are slightly older and therefore badder. Decent, though.You know, for something that is old.

I kicked off the year with Yakuza Kiwami 2, the first of three Yakuza Studio games I'll play in 2020. I don't have much to say other than it's Yakuza, which I love, so I predictably enjoyed Kiwami 2. Staying within that world, I'm currently catching up with Judgment - a Yakuza in all but name. The characters are new and appealing, and the mysteries of the central murder investigation are unraveling nicely. There's a bit too much busy-work between investigations, and I'm not convinced that there needs to be this much street brawling, but otherwise I'm engrossed. I really should have played it last year.

Despite the anime-awfulness, Valkyria Chronicles 4 was also a very good time. The fact that I was willing to battle through unnecessary levels of kawaii brain-rot is a testament to the brilliance of VC's gameplay mechanics. My only complaint, aside from the grotesque anime shit, is that the battles seemed much longer than in previous installments. Some of the maps were so huge that they took several sessions to get through.
I also played a few hours of Red Faction Guerrilla Re-mars-tered - that was painful to type - sandwiched between the Last of Us II and Ghost of Tsushima. I loved the original on the PS3, and I had a delightful time revisiting it. It's still janky as fuck, but taking martian infrastructure apart piece by piece with a sledgehammer or explosives remains as satisfying now as it was back in 2009.
I wrote a little about Mafia 3 earlier this year. I was bowled over by the setting, the writing and the characters, and I was struck by the parallels between the societal ills of the US in the 1960s and today. The setting was more than just the backdrop to a GTA-wannabe; it is the very essence of Mafia 3. I believe it was on PS+ a while back, so it should be easy to access if your're interested, which you should be.
I won't bore you again with tales of my return to the PS Vita earlier this year, other than to repeat that I finally played Severed and really enjoyed it.
So what's next? Firstly, thanks for asking. I really appreciate you taking an interest in my gaming habits. You'll be happy to hear that I have the next six weeks carefully planned out. Once I'm finished with Judgment, I'll move on to Resident Evil 3 Remake. I have to admit that I'm very excited to play something with a run-time of under seven hours. After that, I want to revisit Uncharted 4, a game that I have very mixed feelings about, feelings that I am keen to work through. Finally, I'll dip back into my backlog for one last time before THE NEXT GEN, to play either Final Fantasy IX Remaster or FFXI The Zodiac Age.
Then the old consoles will go in the bin and I'll start thinking about my end-of-gen blowout. I'll be putting together a series of posts similar to what I did in 2013, when I bid farewell to the 7th. Look forward to that?
Contemporary Games