The End of a Generation - My Favourite Games of the 7th Gen: 7-6 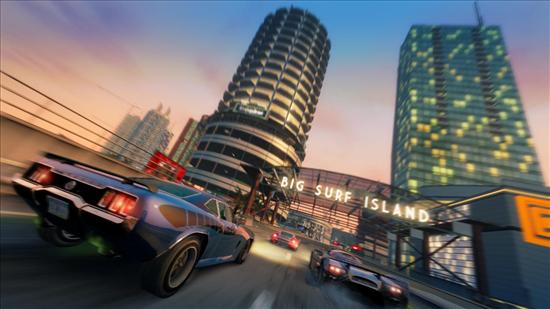 Burnout Paradise (2008) wasn’t just about cars. It was about freedom, exploration and hanging out with friends, things you can appreciate even if you don’t watch Top Gear.

Sega Rally aside, I never really enjoyed racing games before Burnout Paradise came along. My racing experience came via Gran Turismo and Ridge Racer, linear games that sent you round and round in circles and assumed you'd be excited by suspension upgrades, which I was not. The non-linearity of Burnout Paradise was an eye-opener. Granted, it was confusing at first, but ultimately it was liberating. It showed me that I could have fun with virtual cars, and I've enjoyed a number of other sandbox racers since, most notably Criterion's Need for Speed Most Wanted.

Burnout Paradise also weaned me onto online multiplayer, being one of the first games I played extensively online. There was plenty to do on your lonesome, but Paradise City was so much better experienced with others. My favourite memories are of attempting intricate stunt routines with friends, laughing at our own ineptitude as we collided mid-air, over and over again. The in-game transition from single player to online was quick and painless, and Paradise constantly fed you high scores and fastest times from people on your Friends List, giving you something to aim for even when you weren't directly competing in an event.

The layout of the city and events meant that a challenge was always close by, with every road and set of traffic lights offering something new. Even the alleyways of Paradise City were enticing, full of smashable barriers and run-ups to billboards, the breaking of which became a compulsive obsession. Events were of the race, stunt or destruction variety, with cars grouped into Speed, Aggression or Stunt categories, making it easy for an autophobe like myself to choose the right tool for the job. Every event was accompanied by my custom soundtrack, a simple addition that personalised my experience. A race wasn't a race if it didn’t come with a dose of The Prodigy!

I didn't play Burnout Paradise until the arrival of the Ultimate Box in early 2009, which came with countless additions and tweaks to the original game. Criterion supported their title with worthwhile DLC for quite some time, including some of the best additional content I've ever purchased.  Big Surf Island, for example, was even more of a playground than the main city and provided yet more impetus to keep coming back for more. And keep coming back I did, finally unlocking the Platinum more than a year after my first trophy. Not bad for a game full of cars. 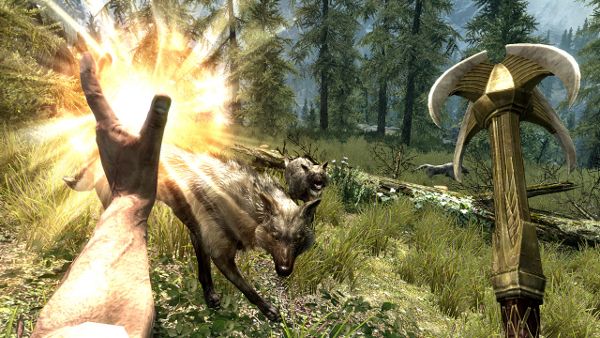 Oh Skyrim, you beautiful, buggy bastard. How can a game so broken be so wonderful? Like the fool I am, I opted for the more technically challenged, PS3 version of The Elder Scrolls V: Skyrim (2011), but that didn’t stop it from becoming one of my most beloved games of the 7th Generation. I poured over 120 hours into one playthrough of Skyrim, spread across three different years. I started in late 2011, fell in love with it in early 2012 and then picked it up again earlier this year for the long delayed DLC. It was a rarity in an era where I preferred to plough through games and not look back.

For a game of its size, Skyrim was relatively light on narrative. Something about a man with a beard shouting at a dragon until it got so upset that it went home, if I remember correctly. However, it was not short on context, offering centuries of back story via the countless tomes and volumes scattered throughout the world. From horticulture to the histories of long dead kings, there was so much to consume and the world was all the better for it.

Skyrim was a realm of towering peaks, waterfalls, snow drifts, glaciers, mist and fog. It was teeming with wildlife, dragons and at least one talking dog. Every acre felt like it was handcrafted and most of it served a purpose, rewarding those who chose to shun fast travel and go exploring. The wonder of discovery was at the core of Skyrim's appeal. Trudge your way to some remote location and you were likely to find a natural feature to admire or NPC to interact with. Each town or hold was slightly different, and the varying cultures easy to recognise. Men worked even the remotest of mines, bandits held ruined forts, witches lurked in caves and Eorlund manned the forge. Everyone and everything seemed to have a place and purpose, as Skyrim avoided the cut-and-paste feel that scuppers so many open worlds.

It wasn't just about walking around with my mouth agape, like some hulking, Viking tourist. There were many things to do, far too many to fit into a reasonable playthrough. I joined the Dark Brotherhood, cured myself of werewolfism, murdered the evil proprietor of a local orphanage and searched high and low for a magical elixir. There was no end to the minor activities I pursued, including filling my shelves with ancient volumes, becoming the finest blacksmith that ever lived, building a house fit for a king, and seeing how many deer I could shout off a mountain, while dressed as a jester. In Skyrim, the smallest ventures were often the most rewarding.

The arrival of PS3 DLC earlier this year gave me another excuse to jump back in. Dawnguard was uninspired, with its tale of vampires and slayers, but Dragonborn was the expansion I was hoping for, opening up a brand new and distinct island, complete with its own unique missions and distractions. Hearthfire was the Dragonborn home-making sim I'd always wanted, allowing me to live the Dovahkiin dream. I gave my beautiful wife Lydia the home she deserved, filled it with pine furniture, orphans and books about pine furniture. We were so very happy.

No other game this generation held my attention for quite as long and as completely as Skyrim. When I was playing it, I had no interest in other games; everything else felt shallow in comparison. Its performance issues were frustrating, but I could never stay mad at a game this ambitious.
The End of a Generation