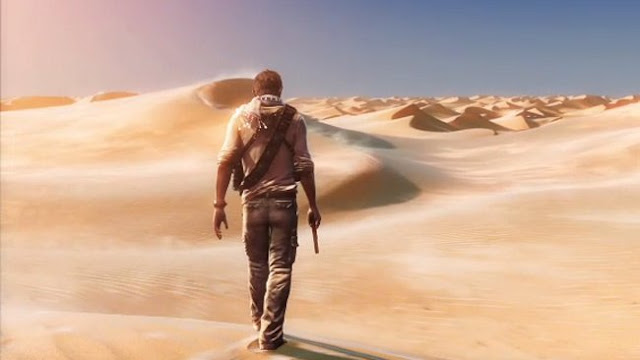 There was very little in it between numbers ten to seven, and I was still reorganising five minutes prior to posting. Seven and six will follow in the next couple of days.

Uncharted 3: Drake's Deception (2011) was never going to live up to my expectations, but it came bloody close. No other developer pushed the limits of the PS3 as consistently as Naughty Dog, and Uncharted 3 was another outstanding achievement of technical and artistic design.

Uncharted 3 played as good as it looked. The linearity of the platforming was countered by the relative freedom of combat, and the transition between the two could not have been smoother.  It was more challenging than the first two games when played at higher difficulties; run-and-gun became a necessary skill, as enemies seemed more aggressive, unwilling to let you hunker down behind cover for any great period of time. You could not allow yourself to be surrounded, which encouraged head shots, stealth kills and more all-around skilful play. There was also more focus on brawling, creating a more versatile combat model, and the greatly expanded multiplayer component meant that there was plenty left to do once I'd gotten the Platinum.

Uncharted has always been a character-driven series, and part three was no exception. I love to moan about subpar writing in games, but there was nothing to complain about here. I appreciated the small moments between Nate and friends even more so than in previous episodes, and hung on their every word. I liked spending time with these people, even if they were slightly genocidal. 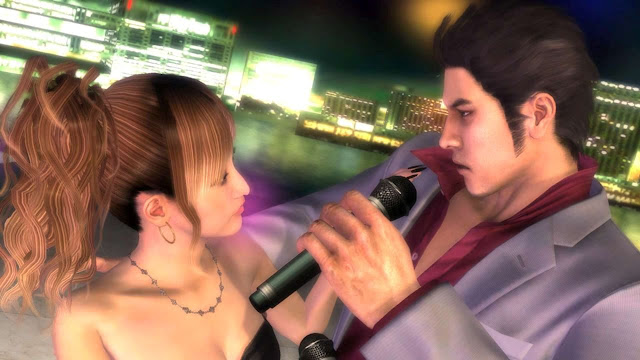 The more I play of Toshihiro Nagoshi’s Yakuza series, the more I fall in love with it. Yakuza 3 was excellent; zombie spin off Dead Souls was a tiny bit rubbish, yet I still had no end of fun with it, and it is a crime that Five will almost certainly never leave Japan. My fondness for Yakuza 4 (2011) has grown considerably since my first playthrough, and I now consider it the highpoint of a series that is fast becoming an all-time favourite.

Whereas previous entries followed only Kazuma Kiryu, Yakuza 4 successfully introduced an ensemble cast, a trick that would be repeated in Yakuza 5. The Dragon of Dojima was joined by charismatic loan shark Shun Akiyama, convicted murderer Taiga Saejima and renegade cop Masayoshi Tanimura, and this foursome were as likeable as they were dangerous. They would only break someone’s face if they really deserved it, practicing a very honourable form of super violence. While the savagery sometimes wore thin in Grand Theft Auto V, I was cheering these men on as they stomped their way through a city of badly dressed shits, and that made it all the more enjoyable.  Trevor Philips would shoot a bitch; Kazuma would take her out for dinner and then karaoke. He also wouldn’t call her a bitch, though he might hospitalise her ex-boyfriend.

These men are all drawn to Kamurocho, a fictionalised version of Tokyo’s real-life entertainment district, Kabukicho. It was my favourite place to visit this generation, and not just because I desperately miss Tokyo. It is a city that you want to get lost in and it is the real star of Yakuza. The neon-lit streets were home to an unsavoury element that was always spoiling for a fight. These brawls managed to be both brutal and ridiculous; bones break and blood was split, but you couldn’t help but laugh when Kaz picked up a motorbike and wielded it like a lesser man would a baseball bat. The street thugs never died, no matter how thorough their beating, and always apologised profusely once I’d finished scattering their teeth across the pavement.

As you can see, Yakuza 4 didn’t take itself too seriously. Even in its darkest moments, it was still gloriously over the top. When a younger Saejima attempted to wipe out a restaurant full of mobsters, he did it with a revolver clenched between his teeth. Side missions and activities were a constant distraction and could easily turn a twenty hour game into a 100 hour romp.  Arcades, karaoke, bowling, baseball, golf, fishing, hostess bars, hot springs, casinos…. it’s a wonder anything gets done in Kamurocho! Fortunately, every crisis would wait, so you didn’t have to feel guilty about playing one more game of table tennis while the city went to shit. Yakuza 4 was unabashed, indulgent fun, and I loved it. 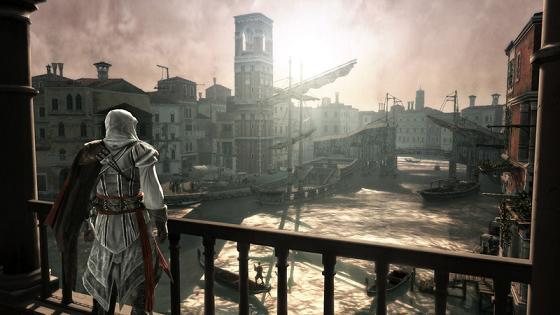 Assassin's Creed II (2009) was the perfect sequel. It improved upon the original in every way, introducing new and interesting features without diluting the experience. Uncluttered and unrushed, this was Assassin's Creed at its most irresistible.

Instead of one sprawling city, as seen in Brotherhood and Revelations, Assassin's Creed II featured a number of smaller, but no less spectacular settings. Renaissance Florence, Forli, San Gimignano and my personal favourite, Venice, were cities that I wanted to explore, and I would curse the Animus barriers that brought an end to my wandering. Travelling through a miniature Venice in my Renaissance hoody, I could pick out many of the cities iconic landmarks, though I couldn’t get a Bellini for love nor money.

Assassin's Creed II had a wonderful sense of time and place. This came from the characters you encountered, including historical figures such as Leonardo da Vinci, Niccolo Machiavelli and Rodrigo Borgia, men who fit effortlessly within the Assassin's Creed narrative. It was in the period architecture that demanded your attention even when you should have been concentrating on something more deadly, and in the artwork that hung on the walls of your Monteriggioni villa. Ubisoft Montreal's ability to bring historical periods and places to life is the reason why I will never completely give up on the series.

Ezio Auditore de Firenze is one of my favourite characters of this generation. His parkour and combat were simple and graceful; there wasn't a huge amount of skill required in controlling Ezio, but the action was engaging throughout. For me, ACII was more about what you were doing rather than how you did it. Scaling a church tower demanded little in the way of thought or input, but there was magic in the act and considerable pay-off upon reaching the top. Hidden tombs were a little more challenging in their platforming, and locating and solving Subject 16's puzzles added even more depth.

Considering my love of history, Assassin's Creed should have appeared more than once in my Top 20. Unfortunately, Ubisoft squandered much of AC's potential, rushing through sequels and putting too much emphasis on motherfucking Desmond. Assassin's Creed II had everything I wanted from an AC game and I hope the series will one day see a return to form.
The End of a Generation