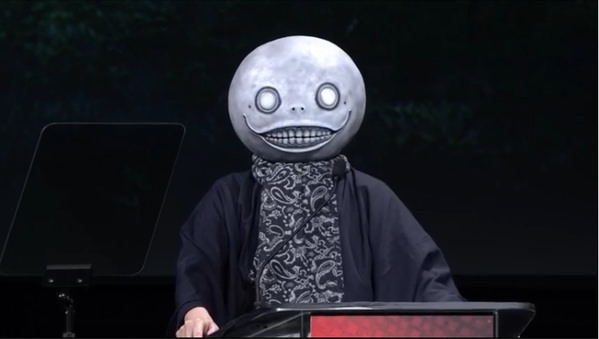 This year, it felt like everyone and their mother had an E3 press conference. EA and Ubisoft had their usual spots, and Bethesda, Square Enix and even PC Gamer, who held a PC-focussed event, had their time in the spotlight.

Bethesda kicked things off on Sunday evening with a well-received look at some of their biggest forthcoming titles, most notably Doom, Dishonored 2 and Fallout 4. I'd elaborate on their presser, but I haven't watched it yet - you can't beat my E3 coverage! I did however see the Doom trailer, and I thought it looked really unappealing. Perhaps I’ve gone soft, but exploding demons and severed arms don't really do it for me anymore.

The E3 conference, aka An Evening with Pele, opened with a trailer for Mass Effect Andromeda. The teaser revealed little about the next chapter in the Mass Effect saga, though it did confirm the return of the Mako buggy (fuck sake) and a “holiday 2016” release date. Need for Speed looked like Need for Speed, which is no bad thing, and Unravel looked charming; NBA Live '16 was a bit ugly and Pele seemed like a nice man. Mirror's Edge Catalyst could convince me to give the series a second chance, and I was particularly encouraged to hear that there is no gunplay whatsoever. I might be the only thirty-something male in the world uninterested in Star Wars, but Battlefront looked like great fun. Live long and prosper, young Jedeye.

While there were a few cringe-worthy moments, the Ubisoft presser was easier to watch than in previous years. New South Park was a surprise and For Honour showed promise. I must admit that I lost some interest when the gameplay demo revealed a Dynasty Warriors-like action game, but I'd definitely like to see more. Anno 2205 is something I have written in my notes, but I can't for the life of me remember what it is, and Jason Derulo was this year's token, awkward celebrity. Ubisoft's presser closed with Assassin's Creed Syndicate (lost me at Unity) and lots of unrealistic depictions of coordinated multiplayer, courtesy of Rainbow Six: The Siege, The Division and Ghost Recon Wildlands. White Hat was having a really shitty day, huh?

Square Enix brought a healthy mix of old and new, known and unknown to their presser. Just Cause 3 was beautiful mayhem, and the new Nier project was an unexpected surprise. Kingdom Hearts 3 made a lot of people happy, and Star Ocean Integrity and Faithlessness is a game with a silly subtitle that may or may not be any good. The show ended with the introduction of a new studio, the unimaginatively titled Tokyo RPG Factory, and the promise of a brand new series, working title Project Setsuna.

Although they didn't have a stage show, Konami garnered plenty of attention for the latest Metal Gear Solid V: The Phantom Pain trailer, and the subsequent extended, gameplay video. I've watched the trailer a number of times but have so far abstained from the forty minute demo. From what I've seen, PP is shaping up nicely and will hopefully be the swansong the series deserves. Cheers Koj.
E3 2015