That's Not Your Gun, Ripley 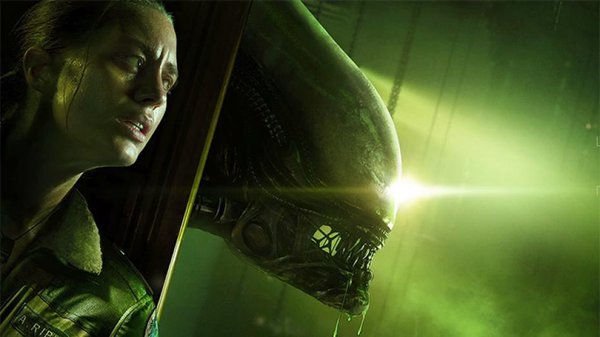 Alien Isolation's Amanda Ripley doesn’t know what's hunting her, but I do. That's why I've been taking things slowly, sticking to the shadows and avoiding open ventilation shafts. If I see goo dripping from the ceiling, then I run a mile, and I've already spent more time hiding in lockers than walking the halls.

Having discovered that most of the survivors of Sevastopol Space Station are hostile and trigger happy, I have taken to avoiding everyone. Where that isn't possible, I bash them about the noggin with a particularly hefty wrench - one blow as a warning, the second to say good night. I was forced to crack a few skulls early on, in a level that was teeming with armed humans. After numerous failed attempts to slip by unnoticed, I settled on a more video-gamey approach to clearing out the troublesome locals: I set off an alarm a couple of rooms down and waited for each crew member to come check it out, one at a time. I'd emerge from the shadows and smack them in the head, reset and repeat, until I'd laid-out all four enemies and the coast was clear.

The lack of intelligence displayed by these now deceased space men and women was disappointing. Creative Assembly have nailed the low-fi sci-fi of Alien and the atmosphere is terrific, but dodgy AI has put a dampener on things. However, it was something else about this encounter that really bothered me. Each of my victims were carrying a gun, and by the end of my wrench rampage there were four revolvers lying at my feet, a weapon that I was desperate to add to my limited arsenal. Unfortunately, the game had other ideas - we could look but we most certainly could not touch. I could, however, loot the bodies of the deceased and pick up ammo for the guns I wasn't yet allowed to play with.

Even at this early stage, I had already completely bought into Alien Isolation's fiction, and being faced with such a nonsensical restriction somewhat ruined the fantasy. It ran counter to everything I'd already learnt about Ripley, the daughter of Ellen, who is searching for clues about the fate of her mother. Our heroine is a space-handyman, capable of rewiring gadgets and creating useful items from scrap, so I doubt she'd be averse to having a go at handling a revolver. No need for a gun, she must have thought, I'm sure that massive alien will shit itself when it sees the heft of my spanner.

I realise such restrictions are extremely common and are necessary in a game as linear as this. We are playing in the developer's world and are bound to their rules, even if they make no sense within the game's fiction. Unfortunately, here in Alien Isolation, it bothered me more than usual.
Contemporary Games