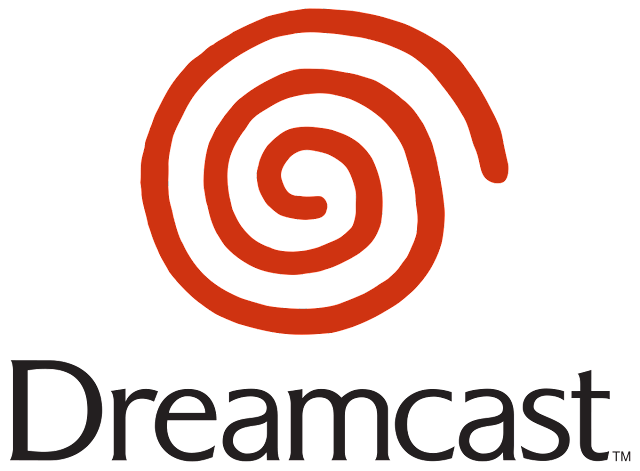 I never really bothered with the Dreamcast. Back in 1999, I was content with my PlayStation and had lost patience with Sega, following the premature demise of my beloved Saturn.

Sega, the platform-holder of my childhood, was entirely absent from my late teens. It was all about PS1 during my final years at school, and university was dominated by PS2 and GameCube. I have hazy but otherwise excellent memories of three gloriously boozy years playing Quake Arena, ISS and Timesplitters with friends. Shen-who?

A decade later, after moving back to England after my first stint in Japan, I decided to buy a Dreamcast and catch up. It was part of a short-lived and expensive eBay infatuation. I picked up half a dozen games and played them for a couple of hours in total. I thought they were nice, but soon returned to my PS3, Wii and 360.

Fast forward another half a decade, and I'm wanting to give the DC a proper go. I'd been considering it for a while, but it was the recent Summer of Dreamcast on the excellent Back in my Play podcast that finally convinced me to give the swirl another shot. Being back in Japan, I have access to a more interesting and varied library of games, one that's slightly more affordable than back at home, so why not?

And I really do love starting new, retro collections. My experience with the Dreamcast is limited, so I'll enjoy researching and learning about its history and software library. I'll be rummaging through junk boxes, looking for bargains online and re-discovering long-forgotten games and series. This is the best bit.

In contrast to my over-sized Saturn collection, I'm going to limit my DC selection. If a Saturn game looks remotely interesting, unusual or just plain cheap then I'll buy it, even if I know that I'm unlikely to ever play it. I collect Saturn games, but that's not something I want to do with the DC. I will be picky; I'll only buy the good stuff, the games that I want to play today, and will aim for a small selection that best reflects the DC library as a whole, minus the anime, titty games.

Twenty games should do it, give or take. I'm in no rush, so I'll take my time looking for the best prices. I ignored the DC for over fifteen years, so a few more months won't hurt me.

But which games to buy? I have a few ideas and maybe you do too?

Sonic and Sega Rally are quintessentially SEGA. I already picked up Sega Rally 2 and Sonic Adventure, before even buying a Dreamcast, because they were less than \100 each. Starting as I mean to go on.

Five of the most iconic Dreamcast games. I already own European versions of each of them, but they're boxed up somewhere in England. For the sake of uniformity, I'd rather have them in their nicer looking, Japanese packaging, so I'll re-buy if I find them cheap. In addition, I'll be looking for Space Channel 5 Part 2, which never came out on the DC in the West.

Seaman and Typing of the Dead are perfect examples of the bizarre, outside-of-the-box thinking that I miss so much about late-nineties Sega. Tokyo Bus Driver is an arcade game about driving a bus around Tokyo; if that doesn't get you excited then we probably shouldn't hang out anymore. Rez is the original version of the game I'm currently in love with - Rez Infinite is a must-buy - and Virtua Fighter is a home console staple. Although I hear it's not the greatest conversion, 3tb can be bought very cheaply and I know I'll enjoy it, for a bit.

Lots of games here, and I'll probably only buy half of them. I'm told that Street Fighter III Third Strike is essential and that Capcom vs SNK 2 and Marvel vs Capcom 2 are pretty good too. I've played Power Stone 2 before and remember it being excellent, and Dynamite Deka 2 is the sequel to one of my favourite Saturn games.

The DC didn't have that many great RPGs, but I hear that Skies of Arcadia and Grandia 2 are two of the best. Mr Driller will be my quirky puzzler and Ikaruga my shooty spaceship game. 18 Wheeler rounds out the group nicely, being one of the only games of the last twenty years that asks you to parallel park an artic.

Pricier is a relative term here. Cosmic Smash and Under Defeat cost about the same as a current gen game, but that's a lot more than the peanuts I'm expecting to pay for almost everything else on my list. Cosmic Smash is a futuristic mix of breakout and squash (yes!) and I'm a fool for stylish and unique games. Under Defeat is a beautiful looking shooter that was released in 2006, long after the DC had breathed its last. Segagaga, a tongue-in-cheek RPG that rips the piss out of Sega's misfortune, is around the same price. However, I've always fancied the more expensive limited edition, because I need a Saturn badge and another game t-shirt that I'll never wear. I'm pretty sure I'll buy all three, but I promise I'll shop around for a good price.

Am I missing anything?
Retro Gaming