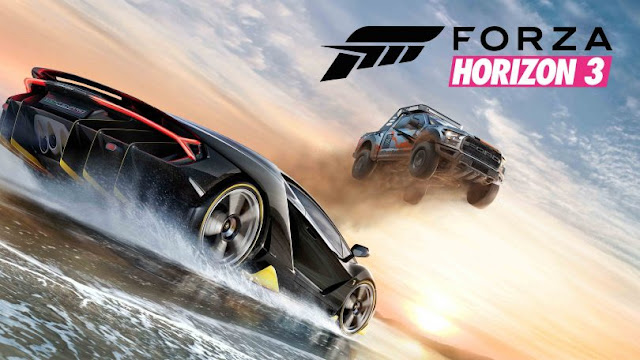 Something strange happened the other day. For the briefest of moments, a split second of madness, I thought about buying an Xbox One. Forza Horizon 3 was to blame.

I don't need an Xbox One. I'm quite content with my PS4, and the 3DS and Vita have me well covered when the telly is unavailable. My back-up home console this generation, the Wii U, has been boxed-up since March and I see no reason to unpack it any time soon. I struggle to put aside an hour each evening for games and, when I do play, I'm usually drifting off during load screens. So very hardcore.

Honestly, I don't want an Xbox One. There's not enough space under our TV, Yen in my bank account or games on my Xbox, must-play list. I couldn't give a toss about Halo; Gears of War bores me and I can't think of any other Microsoft exclusives of note. Is Crackdown a thing that people play? Most importantly, I don’t want to be the only person in Japan to buy an Xbox One this week, because that would be embarrassing.

But Forza Horizon 3 looks like Burnout Paradise, and I love Burnout Paradise. Perhaps I'm projecting here, but when I see footage of Horizon 3 I see an arcade racer, full of colour and character. It strikes me as a racing game that's more concerned with pissing about with friends and sandbox mischief than straight forward racing. Basically, I see Burnout Paradise 2.0.

I find that the best car games are those that aren't really about cars. Nonsense perhaps, but bear with me. In Burnout Paradise, it didn't matter that you were behind the wheel of a car. It was all about exploration, freedom and interacting with other players, and your ride was little more than window-dressing. I've convinced myself that Horizon 3 is cut from the same cloth. I don't want to learn about suspension upgrades, follow racing lines or break into corners. I want to smash though barriers, one-up my friends, loop the loop, race a car being winched by a helicopter and listen to my custom soundtrack. I want a newer version of Paradise, my all-time favourite driving game, and Forza Horizon 3 might be just what I'm looking for.

If I did though, I'd play Forza Horizon 3 and pretend that I was back in Paradise.
Contemporary Games