Burly Men and Me 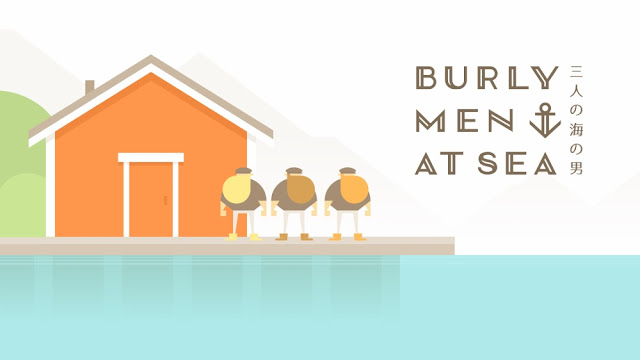 I'm in need of some extra focus this week, as the work-from-home marathon enters its second month. So I'm going to use some of the time I'd usually spend commuting to write a short post every day this week, Monday-Friday.

A week ago, I turned on my Vita for the first time in two years. I was delighted to rediscover bubbles overflowing with games. Vita-exclusives, indies, retreads, PS1 and PSP standouts and a massive helping of PS+ offerings. For a console that had no games, the NGP was home to a shit tonne of worthwhile titles.

Unfortunately, I couldn't play any of them. My 64 GB bastard memory card, filled to the brim with games, was corrupted. So I had to reformat it, losing all of my game saves in the process. I foolishly assumed they'd been uploaded to the magical cloud, but apparently that's an option you have to enable in the menu and is not an automatic function. Cloud saves continue to be a mystery, a decade-long crapshoot as to what will be preserved and what will be lost forever the next time your hardware fails.

Anyway, card wiped. I started to re-download some old favourites, and picked out a few PS+ offerings that I'd claimed over the years but never played. I decided that I'd keep my Vita at my work-from-home desk, aka the dinner table, so I have something to hand when I need a breather from the daily grind.

That was a week ago. Between work and looking after my daughter, whose nursery school is closed, I've been far too busy for indulgences like daytime Vita-ing. The few times I did pick up the Vita, I ended up playing a level of Resogun because I am terribly predictable and it remains one of the finest games of this soon-to-be-concluded generation. Yesterday I remedied that, by taking a chance on a game that I knew nothing about: Burly Men at Sea.

It's been a long time since I went into a game blind. The last I can recall is Brothers: A Tale of Two Sons, which turned out to be outstanding. But that was several years ago, and I did have some notion of what it was about. I knew nothing of Burly Men at Sea, aside from its title and its confirmed presence on my Vita. I wondered if it were a puzzle game or a visual novel; perhaps a perv-sim for gamers with a very specific kink.

Turns out it's a charming little adventure game with a very short run-time and branching paths, which it wants you to replay multiple times. There's very little gameplay involved, aside from dragging left or right on the touch screen and the occasional pressing of the circle button. It's a simple, interactive story, with a minimalist yet warm art design. It is as relaxing as fuck. By my second playthrough - each lasts around 10 minutes - my daughter was perched on my lap giving me directions. By the third, she had claimed the Vita, getting her fingerprints all over that beautiful OLED screen.

The perfect little experience for a lazy Sunday afternoon. It's nice to go into a game with zero expectations every once in a while, something that very rarely happens to video game experts like me. You probably wouldn't understand.