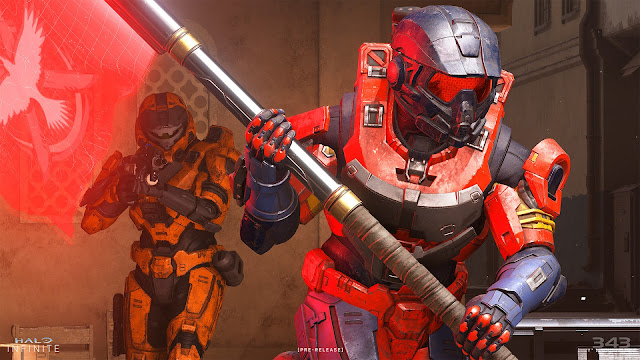 Something unusual happened yesterday morning, something that almost never happens any more. I played video games for three and half hours, uninterrupted and undisturbed.
I had the morning, the house, and the TV all to myself. I decided to ignore the million other jobs and projects I could've, probably should've, been getting on with so that I could indulge in my favourite pastime. And that pastime, as you may already be aware, is video games.
I don't deprive myself of games, not by any means. I try to play for an hour almost every evening, but I very rarely settle down for a multi-hour stretch. There just aren't enough hours in the day and, if I'm honest, my attention span isn't what it used to be. Also, the chances of me being wide awake much beyond 23:30 are slim, especially on a week night, so there's a fairly hard cap on the time I'll spend with my Xbox or PlayStation. I'll get my hour in though, as long as I'm not nodding off.
I spend far longer thinking about games than actually playing them. Far more time spent tweeting or blogging about them, ranking them in my head, or planning future purchases, than interacting with them. For those of you of a certain age, I'm sure this will be a familiar malady.
But not yesterday morning. I played from 8:30-12:00, and thoroughly enjoyed myself. I spent that entire stretch on my Xbox Series X - my current favourite console until something arrives on PS5 that I need to play. I started with Forza Horizon 5, then moved to Halo Infinite, before wrapping up with Unpacking. A journey across the three main video game genres: killing, cars, indie. I don't know what we did to deserve Game Pass, but I'm glad we did it. Well done everyone.
I'm still enjoying Forza Horizon 5, and making an effort to sample every game mode, but I think I'll need to take a break soon. After a while, it does start to feel a little same-y, even if those repeating elements are of the highest quality. I imagine it's a very different and longer-lasting experience if you get into tuning your cars or are competitive in online races. However, I have no interest in what's under the hood and I've never been that great at racing games, despite enjoying them, and I quickly tire of getting my arse handed to me online. That being said, Mexico is still a wonderful place to burn thirty minutes and I think I'll be coming back for many months to come, just with longer breaks between visits.
I zig-zagged across the map, smashed billboards and flew off ramps, and even joined an online session. Predictably, that race went poorly, but it was interesting to see what cars other players are using and how better drivers tackle the routes. Slightly deflated, but not yet defeated, I decided to continue playing with other humans and shifted to a different game: Halo Infinite.
I've probably played an hour or so of almost every Halo campaign, but I've never stuck with any of them. We just don't gel. I've certainly never played multiplayer, but on this day I was feeling brave and decided to give it a go. Surprisingly, I didn't embarrass myself. Following the brief tutorial and ten minutes pissing about with bots, I jumped in. It was capture the flag, and I did just that, twice. The second highest score on my team of veteran Spartans. I faired much worse in my next game - a 12 vs 12 deathmatch where I was perpetually dead. The next few rounds were a mixed bag, but it whet my appetite for another attempt at enjoying a Halo campaign in a few weeks time, and I'll probably spend an hour this evening levelling up my green Spartan.
To finish, I decided to move to something far less stressful. That something was Unpacking. It's a delightful game about moving house and unpacking removal boxes, but it's really about distinct phases of our lives and what we discard and retain along the way. That and finding somewhere to stash a frying pan. It was a pleasant way to unwind after Halo, and it's the perfect Game Pass title, in that I probably wouldn't have played it otherwise.
It's nice to switch off from the real world from time to time, and lose yourself for a few hours. And Game Pass is the ideal enabler, with its wide variety of games of all descriptions. I could've easily spent more than three hours twiddling my thumb sticks, but the afternoon was fast approaching along with responsibilities more important than another frag, another race or another perfectly arranged sock drawer. There were several back-compatible titles that I could've jumped into (TIMESPLITTERS) to extend my session, but we can talk about those another day (TIMESPLITTERS).
And that's where we'll end, as I'm in danger of spending more time today writing about games than actually playing them. Typical.
Contemporary Games