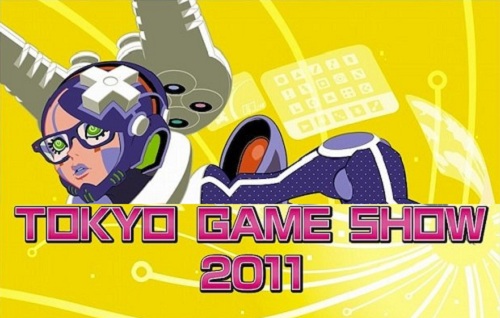 I'm attending Tokyo Game Show 2011 this Thursday and Friday. Be sure to check back throughout the week for news, updates and hands-on impressions.

After a long journey through god knows how many different time zones, I`m now safely in Japan. I`m feeling pretty groggy at the moment - 30 + hours without sleep will wreak havoc with your grammar - but I`m excited to be back and really looking forward to Tokyo Game Show. I`ll be off to Akihabara shortly for some video game shopping - the first of many trips - as well as some heavy drinking and eating, as I try to set a personal best for most Japanese food and drink quaffed in the space of a fortnight. A lengthy karaoke session should follow, jet-lag permitting.

Many prominent publishers and developers hold press conferences in the days leading up to TGS. These industry get-togethers are spread across Tokyo and each year they play host to some of the biggest announcements and reveals of the TGS week. Nintendo`s event, scheduled for later today, carries particular weight as they do not attend TGS – an absence that dates back to the 90`s when they held their own, exclusive show – and more importantly because of what the industry expects: big announcements regarding the “troubled” 3DS.

We have all seen the images of the second analogue stick add-on, which I must say makes the portable look rather ugly and unwieldy, and it leaves you wondering why they didn't include the second stick in the first place. If a new iteration of the 3DS is to be revealed at the conference, as has been rumoured, then you can bet it will include it as standard. It may also move away from the emphasis that has so far been placed on 3D features, concentrating on the becoming the true successor of the DS instead. Nintendo must be aware that any such redesign, this early on, will incense many who are stuck with a newly outdated model.

It is reasonable to expect some first party game announcements to will help steady the ship and encourage more consumers to buy-into the 3DS experience. Expect lots of Mario, maybe some Kirby, a dash of Donkey Kong , a smidgen of Metroid and lots of other well-loved Nintendo franchises that I know little about.

Sony are the home team and pretty much everyone, myself included, have decided that TGS 2011 will be all about their smart new portable. The Japanese giant has confirmed that there will be over a dozen unannounced games for the yet to be released successor to the PSP, as well as upwards of 40 titles on show, either playable or in trailer form. Eighty demo units are set to line the Sony booth, so you can expect plenty of hands-on Vita impressions in the coming days. Mark my words, by this time next week you will be well and truly sick of all things Vita.

I`m opting for a list here due to my current, cramped conditions. I am writing this paragraph on the plane, where the woman in front just reclined her chair to full tilt, forcing me to type with elbows akimbo and the screen almost touching my nose. Selfish twat.

The lesson here is that you shouldn’t try to write a blog post when flying economy. Anyway, some things you can expect from TGS:

a. The opening, key-note speeches will be unbearably dull and tell us almost nothing that we didn’t already know.

b. Toshiro Nagoshi will be wearing a track suit.

c. Yoshinori Ono will be posing for pictures with his customary Blanka toy.

d. Someone, somewhere will be voicing their opinion on the imminent demise of the Japanese gaming industry.

e. There will be at least one game that requires you to put something phallic into the mouth of a worryingly young-looking girl.

g. I`ll end up drinking and having one too many on one or both evenings, and strike-up a drunken and ill-advised conversation with some proper video game journalists.

h. There will be no The Last Guardian, three years removed from its unveiling.

4. More on What We Already Know

SEGA usually have a large presence on the show floor and this year looks to be no different. The Yakuza series has been the centre of attention for the last two years, and there is every chance that it will make it three straight with some extended footage and a narrative reveal for the recently confirmed Yakuza 5. We can also look forward to some more information on, and perhaps even a demo for Binary Domain.

Capcom look to be set for a strong showing, with confirmed demos for the rather mental Asura’s Wrath, as well as some hands-on time with Street Fighter X Tekken. We can also expect something more on Ninja Theory`s reboot of Devil May Cry - a game that was first unveiled at TGS 2010 to much griping from DMC fans. Square Enix will also be battling hard to live up to expectations with Final Fantasy XIII-2, which should be playable, the PSP spin-off Type 0 and Kingdom Hearts 3D.


Looking elsewhere, Suda51`s Lollipop Chainsaw should be present in some form as will the hard-as-fuck  Dark Souls. Team Ninja have confirmed that they have a new game to announce, Layton Vs. Ace Attorney will be on show and we may even get an update on the Kinect enabled Project Draco; a continuation of the well-loved Panzer Dragoon series.


5. It Could Happen, But Don’t Hold Your Breath

Now would seem to be the perfect time for Capcom to open up about the future of the Resident Evil series, with some long sought after information on RE 6. It will be interesting to find out whether it will continue the move towards a Gears type shooter, or if it will revert to something closer to its earlier format.

Although we have been told not to expect anything on Metal Gear Solid Rising, its not outside the realms of possibility that Platinum Games will own-up to developing the latest Metal Gear, in keeping with the rumours that have been swirling the last six months. Sticking with Konami franchises, is the scheduled Z.O.E announcement really just confirmation of the HD re-release, or is it possible that Kojima has been working hard on a brand new entry in his lesser known series?

My elbows hurt, so its back to a list. In an ideal world, the following might just happen at TGS.

a. Square Enix realise that constantly milking XIII is not the way to go, and give us news on something fresh and exciting.

b. Hideo Kojima announces that we will be getting a re-imaging of Metal Gear Solid, to go alongside MGS 2&3 in HD

c. Failing that, how about a return to the Snatcher or Policenauts universe?

d. That Syphon Filter leak from pre- E3 turns out to be real.