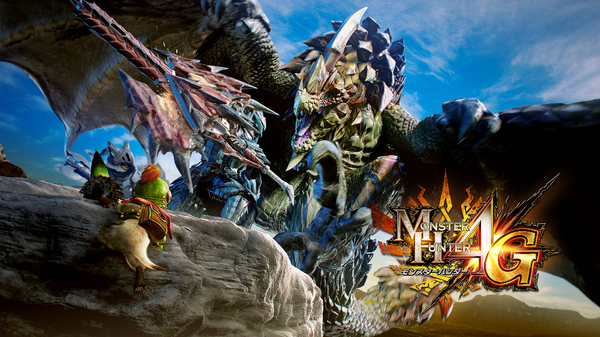 In Case You Missed It: Back to Blogging / Revisiting the Mansion (RE1 HD) / In Praise of Yakuza / The Correct Length

1. Resident Evil Remake HD:  I’d forgotten just how good the first Resident Evil was. I’m gradually making my way through Jill’s campaign, having finished with Chris’ earlier in the month - I achieved the best ending where Jill and Rebecca fall asleep in a helicopter. I will do everything in my power to ensure that Barry also has the chance to nod off in a chopper.

2. Monster Hunter 4 Ultimate:  I’ve only played a measly five hours, as of late I have been struggling to go more than fifteen minutes without falling asleep and dropping the 3DS on my face. Still, I’m sure that I’ll be playing this for months to come.

This month I bought my third 3DS, because I like new things. I marked the release of one of my most anticipated games of 2015, Monster Hunter 4 Ultimate, by splashing out on a New 3DS XL MH4 Limited Edition. It’s not quite as pretty as the Majora’s Mask model, but it did come with a pre-installed copy of Monster Hunter.

The new model features a number of improvements over the original XL. The second nub is a welcome addition for Monster Hunters, though I never had any issues with using the Circle Pad Pro to control the camera on the old XL. Games do look a lot brighter and crisper on the new screen, which was enough to justify my purchase, and the 3D effect is greatly improved. The built-in camera tracks your head movements and makes the necessary adjustments to make sure you don’t lose the 3D effect when you start fidgeting.  It makes a huge difference, but I still spend most of my time playing with the slider set to zero! The New 3DS XL is undoubtedly an improvement on the previous model, but I’d stop just short of calling it a must-buy for existing, XL owners.

Thus far, I’ve used my new 3DS exclusively for Monster Hunter 4 Ultimate. I put two hundred hours into MH3U, but unfortunately my previous hunting partner, my wife, didn’t fancy it this time around, which has sapped my enthusiasm considerably. Fortunately, I have convinced a few friends to join in, so I shouldn’t be short of hunting buddies. It seems more accessible than previous entries, the new weapons are fun and the verticality of the stages and the ability to climb onto monsters adds a new and welcome dimension to the action. At this point, you probably already know if Monster Hunter’s your thing or not and, despite the new additions, MH4U is unlikely to change your mind one way or the other. 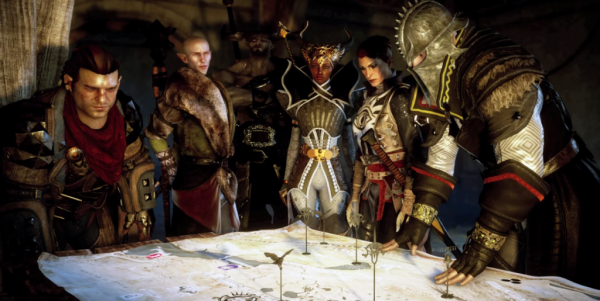 Moving to the PS4, after seventy hours of chatting, killing and fetching, I finally finished Dragon Age Inquisition at the beginning of the month. The ending was a let-down, but I thoroughly enjoyed everything else about Inquisition. I liked the characters so much that I never settled on a single party of four, instead opting to constantly switch out members so I could try all the combat styles and listen to all the character-sensitive conversations that occur in the field. Breaking up the world into smaller, but still vast maps allowed for more variation, and after seventy hours there are still large areas that I have yet to explore.

Inquisition is full of interesting missions, but also has its fair share of repetitive, smaller quests which might turn some people off. Personally, I appreciated the quantity and was happy that there was always something to do and somewhere to explore. Dragon Age Origins was excellent, but I think Inquisition might be my favourite Dragon Age, and I’d rank it just behind Dark Souls 2 as my game of 2014.

Bloodborne motherfuckers! Hidetaka Miyazaki’s latest will dominate the tail end of March and the majority of April, which is why I’ve yet to pre-order Yakuza Zero, which is also out next month. I love Yakuza even more than Souls, but I like the idea of playing Bloodborne at the same time as the rest of the internet, sharing tips and commiserating collectively, so I’ll be holding off on importing the latest Yakuza for a few weeks.

Among the other March releases, I’d most like to play Final Fantasy Type-0 HD, Hotline Miami 2 and OlliOlli 2, but they’ll have to wait their turn.

Sorry for calling you a motherfucker.
Monthly Round-up