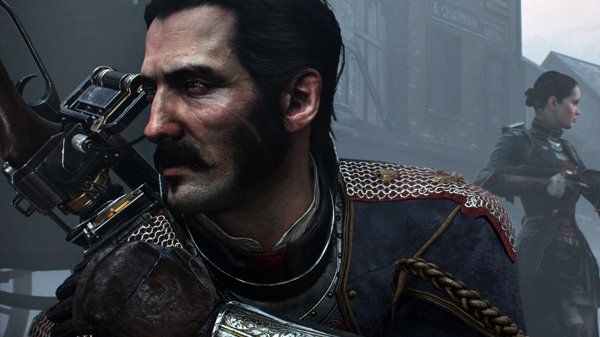 Five hours is not the correct length for a game about steam-punk, Victorian werewolves, especially one that isn't very good and might actually be seven hours. £40 divided by five is a lot of money per hour for a game on a per hour basis, at least when evaluated at a per hour rate, which is what I'm doing. Five hours is the equivalent of three Journeys, but Journey was a lot cheaper and was also art*, which meant that it was fine. You can't put a price on art, but if you had to then £15 would be about right for an hour and a half of it. Steam-punk werewolves are not art and therefore five hours is unacceptable.

Just to be clear, I was referring to The Order: 1886 in the above paragraph. Apparently, it’s only five hours long.

In this time of austerity, we have to make sure we are getting plenty of bang for our bucks, pow for our Pounds or something for our Yens. If a game is running short, developers owe it to their customers to pad that shit out. Recycle a boss battle, introduce a superfluous character, include un-skippable cut scenes or just make smart use of slow-motion. Why not take a leaf out of Bravely Default's book and repeat the main part of the game over and over until the player has derived full value from their purchase and is thoroughly sick of it. Failing that, just add a multiplayer mode and throw some trophies at it.

I have been a hardcore gamer for over twenty years. I played Call of Duty before it was cool, had the 39th highest score in the world on Resogun's arcade mode, and once accidently walked into Hideo Kojima; I also used to live in Japan. My gamer credentials are above reproach, so you should listen to what I say. With this in mind, I've had a bit of a think and have settled on the ideal running time for a video game. Games should be eight hours long (cinematic), twenty hours (open world, collecting shit), forty hours (JRPG), sixty hours (WRPG) or two hundred + (Monster Hunter). This is basically fact, and I feel quite strongly that any other running time, such as five or thirty seven hours for example, is wrong and should be avoided.

We must hold developers to account. Game critics certainly aren’t going to do it, as they are far too busy counting their bribe money and swigging champagne, courtesy of Ubisoft. We must let developers and publishers know that five hours is not an acceptable length for a game, unless it’s art.

* If it’s colourful, emotional, full of scarves and made by men with old fashioned beards, then it’s art
Contemporary Games