A Decade in Games: The First Few Months Are The Hardest 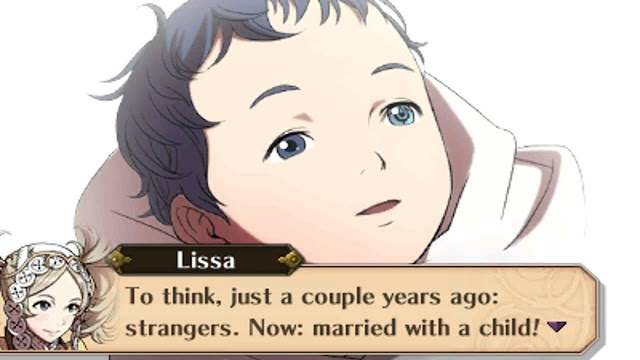 It's the end of a decade! To mark the occasion, I'm sharing memories and experiences that I associate with some of the games of the last ten years. You can find them all here.

The first few months are the hardest, we were told.

You won't sleep much, you'll keep unnatural hours, and your baby will do nothing but feed, shit, sleep, throw up and cry. Sometimes it will do all of those at the same time. There will be times when you'll think that your baby is smiling at you, and it'll make it all feel worthwhile. But she isn't. She doesn't have the ability to do that yet, and that grin is just wind. Also, you're looking at a stuffed toy. Where's your baby?

You should really get some sleep.

And they were right, obviously. Those first few months are the hardest. There's plenty of joy and emotion, but for the most part you're too tired to fully savour it. You operate on instinct alone and sleepwalk through much the day. There are times when you'll snap out of your stupor and realise that you're changing a tiny nappy. You have no idea how you got there and no memory of retrieving your baby from her cot; you're just relieved that the baby is yours.

Different stages of childhood bring with them new and different challenges, and they're all worthwhile. Fatherhood is the best thing that ever happened to me. It's even better than that time Amazon had a pricing error and I bought a handful of brand new Vita games for pennies, pre-launch, or when I ranked in the top 40 of the Resogun worldwide leader boards. It is that good. But the first few months are extremely difficult and jarring, as everything is new and my god we just needed some sleep.

I lost count of the number of times I dropped my 3DS XL on my face during the summer of 2014. I had the red model, which I later sold and replaced with the Monster Hunter 4 edition, thanks for asking. It was hefty, so it hurt every time I nodded off mid-game, but the edges were rounded so it didn't take my eye out. It was my companion through those interrupted nights. It sat on my bedside table, at arms reach, so I could grab it when I was struggling to fall back asleep or when I needed to stay awake just a little longer.

The game I was playing in bed was Fire Emblem Awakening. I'd bought it the previous summer, but never got around to playing it. I'd heard great things, and as a fan of the SRPG Tactics games I figured it'd be something I'd enjoy. However, I was reluctant to invest in yet another time consuming 3DS game, having already poured an ungodly amount of hours into Monster Hunter 3 Ultimate and Bravely Default that year. Also, I'd never played a Fire Emblem, so I wasn't entirely sure what to expect. My stalling proved fortuitous.

It was the perfect pick-up-and-play experience - something that would suck me in immediately. It didn't matter if I drifted off mid-battle or if I was called to perform nappy changing duties, the fight would be waiting for me when I got back. I could survey the battlefield, reassess my units and return to battering shit out of whichever cretin had the misfortune of getting in Frederick's way. I even managed to perfect the ultimate form of multitasking: holding my daughter while playing 3DS. I'd prop up my pillow, she'd lay on my chest and drift off while I led my soldiers into battle.

Me and all my children.
A Decade in Games