A Decade in Games: When Games Were Rubbish For a Bit 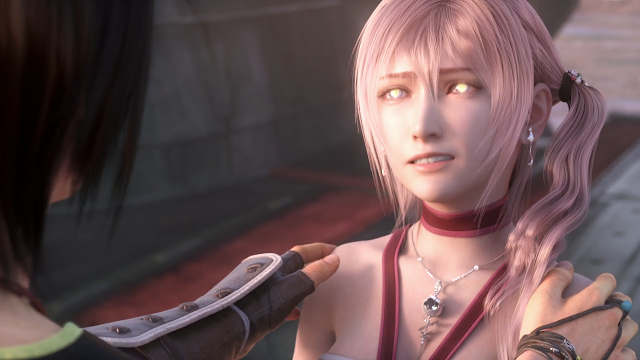 It's the end of a decade! To mark the occasion, I'm sharing memories and experiences that I associate with some of the games of the last ten years. You can find them all here.

During the summer of 2012, I didn't like games. They bored me. I couldn't bear the thought of having to go through the rigmarole of starting up a new one, learning controls and systems, and buying into poorly written stories and characters.

For one summer, video games were rubbish.

I've been playing games since the early 90s, which makes me very wise indeed. I've played every genre - shooting and non-shooting - and once paid £80 for an import copy of Final Fantasy VI. In 1995, I almost convinced my parents to buy me a Mega CD. My rampant gaming can be split into four distinct periods.

Childhood: Games were just for Christmases and Birthdays. They were toys and they weren't my main interest. GI Joe, plastic guns and Boglins were.

Teens: My interest in games burgeoned. I read the magazines and tried to play the best games. Final Fantasy and NBA Live were on heavy rotation.

Late-teens to early Twenties: Games took a back seat to music and movies. I still enjoyed them, and always had something on the go, but I only really concerned myself with the biggest releases each year. This essentially covered the lifespan of the PS2.

Mid-Twenties - present: Video game degeneracy. I have an opinion on everything, and want to play as much as I can. I have yet to emerge from this period. Long may it last.

That's almost thirty years of uninterrupted, filthy gaming. Aside from the summer of 2012, when games were rubbish for a bit.

I was in a rut, and there were several reasons for this. Firstly, there wasn't much out that I was interested in. This was back in the days when summer droughts were real, not like now when we're spoiled rotten by a constant supply of interesting new releases, even during the off-peak seasons. Looking through my blog posts from that time, I spent most of my words lamenting the fact that Dragon's Dogma was still £40 and I didn't want to pay that for Dragon's Dogma. Even back then, I was producing quality content.

I was also a little down in the dumps, as Tokyo Game Show 2012 was fast approaching and I wasn't going to be in attendance. It would be my first no-show since '05. We'd been back in the UK for two years, but had taken trips back to Japan in September in 2010 and '11, which meant I was able to attend TGS. This was also around the same time that I let go of any lingering hope I had of becoming a paid games writer person. I decided that wasn't something I was going to pursue any longer, which was a downer.

On a more positive note, that summer I became obsessed with the London Olympics. I watched everything on the telly, spellbound by long-legged sports beasts and people with muscles that I didn't know we were supposed to have. I spent my evenings refreshing Olympic ticket websites, instead of stick twiddling. We ended up getting decent tickets to the first day of the athletics and had a great time. I'm sure I'll become equally obsessed with the 2020 Olympics, which'll be in my backyard.

The biggest culprit behind my summertime swoon was a sequel that no one asked for. Final Fantasy XIII-2 put me off games. I'd played XIII and, although I can't say I particularly enjoyed it, I stuck with it for 120 hours and got the platinum. I did this because it was Final Fantasy and I am a moron. XIII-2 was still FF, so I had to play it. I stuck with it for 5 hours and hated it. I thought it was insipid. It starred annoying characters with annoying voices doing annoying things in a world that I didn't need to revisit. XIII-2 sapped the last of my enthusiasm for games. I got back on track a month or so later, thanks to the Metal Gear Solid HD collection. When in doubt, play Snake Eater.

That FFXIII got three instalments is one of the greatest video game crimes of this decade. Those characters and that story struggled to support a single outing - it had no business being a trilogy. Between XIII, the disastrous launch of XIV, and the drawn-out development of FFXV, it's been a rough ten years for what was once my favourite series. Here's hoping that the next decade is kinder.
A Decade in Games