A Decade in Games: Memories of Mead 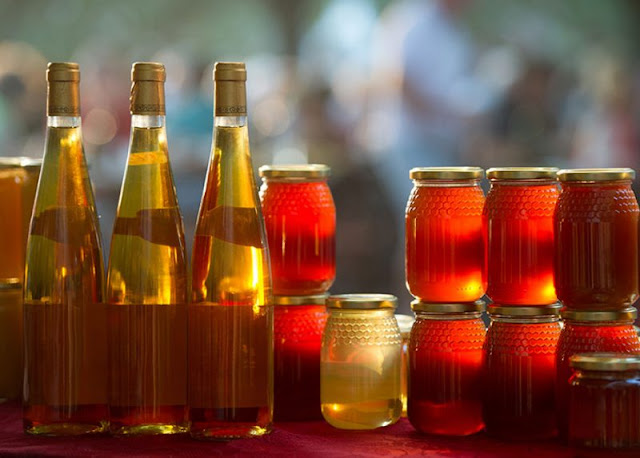 As you know, it's nearly 2020. Which means it's time to start agonising over which games were the best of the last ten years.

Initially, I was going to re-pick my favourite games of the decade. However, I've been writing "Best and Worst" of the year posts since 2010, and will be writing another before the end of this month. So let's not do that again. Let's do something a little different.

I'm going to write around some of the games of the last ten years, instead of writing about them directly. I'll use them as inspiration and share memories to which they are intrinsically linked.

So without further ado, let me tell you about the time I got rat-arsed on mead.

It's December 2011 and my wife and I are on our way to Manchester. We've got a lovely weekend planned. We'll meet some friends and hit the Christmas Market in the city centre. The next day, we'll do some exploring and Christmas shopping, before getting the train back home.

I'm really looking forward it, but I also kinda wish I were at home playing The Elder Scrolls V: Skyrim (2011). Initially, my interest in Skyrim had been minimal, until reviews and word of mouth convinced me that it was my kind of thing. And, as it turned out, it was very much my kind of thing.

Fortunately, one of the friends we're meeting is also knee-deep in dragons and battle axes. This will ensure that we'll have plenty to talk about. It will also prove to be my undoing.

We arrive at the Christmas market later that evening, a couple of lagers in. We're at that pleasant level of tipsy where conversations flow nicely, unfamiliar things seem less daunting, and you are 20% more likely to get lippy with that guy who just bumped into you. Actually no, forget that, he's much bigger and drunker than me. I'll leave it. "Sorry mate, didn't see you there". He accepts my apology. My wife looks a little disappointed. I think she secretly wanted me to assert myself. Never mind, she'll be far more disappointed in me come the end of the evening.

We move from stall to stall. Over-priced sausages, mulled wine, Christmas decorations, festive socks, roast hog rolls, warm mead. Hang on what, mead? My friend and I are very excited. They drink mead in Skyrim; we like Skyrim. It has a whole quest line about a mead appreciation society. We like Skyrim!

My memory of the rest of the evening is a little spotty. We eventually left the market for a house party. I recall downing pints in a local pub, because I was thirsty and we wanted to use their facilities. I remember a house, and it had a party; there was more drinking there. I remember struggling mightily to get back to our hotel and downing as much water as my mead infested bladder could handle.

I spent the next day looking and feeling miserable, as my wife dragged me around what felt like every fucking shop in Manchester. All I wanted to do was go home and play Skyrim.

I never drank mead again.
A Decade in Games