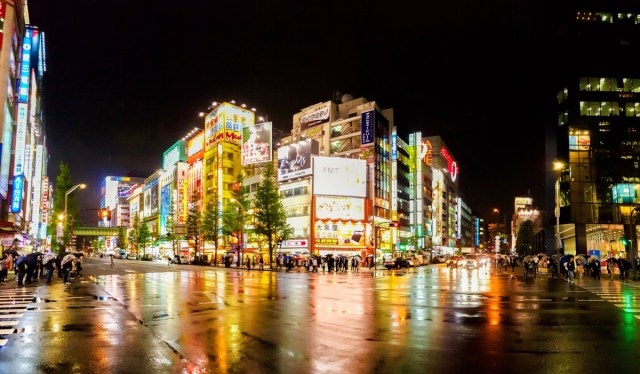 Four months in Japan and hardly a peep. Sorry about that.

Six years was a long time to be away, but it hasn't taken us long to readjust to Japanese life. My daughter has settled in without any issues - she bloody loves Anpanman - and we're all happy to be here.

That being said, it hasn't all been plain sailing. We've had to make some lifestyle adjustments, some expected and some less so. Securing work with a guaranteed income has proven far more difficult than I expected (more on this later) and we have yet to move into a place of our own. Our return won't feel complete until we've achieved both these things. A mix of Brexit and Abenomics have made it very difficult to transfer our savings from the UK to Japan - the exchange rate is dire - so we are having to live more frugally than we would like.


Some hiccups then, but we're still very happy to be back. Just a few more things to sort out, and then we can get on with making the most of our new life.

True to form, I've been playing video games on my video game machines. Dark Souls 3 was overly familiar and I struggle to recall specific moments, but I adore the DS formula and enjoyed returning to it once again. Overwatch was a very pleasant surprise, and I've already shared my opinion on Uncharted 4. Although I had my issues with it, I do quite fancy another go.

I picked up Street Fighter V on a whim and it's alright. It's less interesting and less complete than SFIV, though I'm far from an expert on the series. On the strength of countless recommendations, I played Doom, and I rather wish I hadn't. It runs out of new ideas within an hour, unless you count double-jump boots, and has to rank as the most repetitive FPS I've ever played. It's a non-stop nightmare loop of near-identical waves of gore drenched, hell-twats. The combat is fast paced but the guns don't feel as hefty as they should and melee is thoroughly unsatisfying. That's the last time I listen to other people.

Firewatch is a game about walking and doing a shit job of preventing fires, and Dangerous Golf was amusing for a couple of hours before the shine wore off. Abzu is a beautiful but ultimately empty game. Visually it has all the dreamlike qualities of Journey but it shares none of its emotional depth. It is beautifully relaxing but disappointingly shallow. I also spent some time catching up with past PS+ offerings, but nothing really stood out. Galak-Z was probably the best of the bunch, but I didn't like it quite as much as I thought I would.

Moving to portables, I put 20+ hours into the Vita port of XCOM: Enemy Unknown. I missed it on the PS3 but I'm glad I finally caught it here. Consider me sold on the series and fully on board for the sequel. Moving to the 3DS, I finished Fire Emblem Fates: Birthright. It is a wonderful game but inferior to Awakening. The story wasn't quite up to scratch, and I found myself skipping all non-vital dialogue. Still, one of the best games I've played this year. On my phone, I'm still playing Pokemon Go daily. I also went through Hitman Go, which is excellent in short bursts, and an adequate version of Lumines: Puzzle & Music.

So, my work situation has been less than ideal since arriving in Japan. I found employment as a Business English instructor pretty much straight away, but as an independent contractor. Basically this means that I work in partnership with a company, but I'm not actually employed by them, have a zero hour contract and do not enjoy any of the perks or rights of a FT worker. When I was here previously, most teaching jobs were semi-fulltime - guaranteed hours but just below the monthly limit that would make you a company employee. It seems that most of these positions have since turned into independent contractor roles, an arrangement that rarely benefits anyone but the employer.

One of my four (!) jobs involves teaching early morning, corporate English lessons at a number of large, international companies. Although it's non-guaranteed, I have a long relationship with this teaching company and the work is well paid and fairly reliable. My main daytime gig, at a language school, is quite different and has been a source of disappointment. However, things should be changing from next week, so no need to dwell on it here.

I'm feeling confident that things are now starting to move in the right direction. A job in the video game industry is still the dream, but realistically my Japanese is still a few years off. I applied for a couple of entry positions, including an intern spot at a well-known localisation company, but never heard back.

I want a stunner. A GOTY sexbomb to make me forget all about this year's collection of nearly-but-not-quite games. Looking ahead at the rest of the year, I don't like me chances of getting one.

I've just started the final piece of Witcher 3 DLC, Blood & Wine. I don't know what more I can say about this game, other than it is outstanding and has succeeded in keeping me engaged, on and off, for over a year. Earlier this week, I bought copies of No Man's Sky and Monster Hunter Generations. I've kept my NMS expectations at a reasonable level and haven't paid too much attention to its critical reception, aside from noting that it has been disappointing. I want something relaxing, beautiful and fairly mindless and I'm hoping that it'll fit the bill. I don't know whether I'll find the time or motivation to play Generations, but I feel like I should give the series one more good go; I adored MH3U but lost interest in MH4 very quickly.

I should play XCOM 2, and feel honour-bound to try Final Fantasy XV, even though my interest is at an all-time low. I'm sure I'll play The Last Guardian before the end of the year, assuming that it comes out before then, which it probably won't. Yakuza 6 will be lovely, but I wonder if my appetite for Kamurocho hijinks will be lessened now that I'm back in Japan. I'm probably up for Dark Souls 3 DLC, might give Nioh a shot, and am happy to wait for steep discounts before jumping on Mafia 3 and Rise of the Tomb Raider.

Japanese is hard and I'm a terrible student. My reading ability is better than ever but my fluency has taken a real hit these past six years. It's starting to come back to me, though I do feel a little embarrassed when Japanese people ask how long I've been here. When I say four months, they are shocked and look at me like I'm a linguistic genius. When I explain that I lived here previously for four years, they look rather disappointed. It feels good when I handle a day-to-day situation on my own, without resorting to English or over eager hand gestures, and Japanese fluency is still the goal. A long way to go, but it's important.

Metal Gear Survive is a thing. Honestly, I'm not horrified. Moving forward, zombies in an alternate universe might be the best case scenario for the series. Hideo Kojima's MGS is finished and I'd hate to see Konami try to ape his style. If the series is to live on without its creator, then it's probably better off existing in a very different form. I reckon zombies might do the trick.

Some core members of the MGSV team are still at Konami and working on Survive, including lead programmer Yuji Korekado, so there's grounds for optimism. Konami were never going to let the series die and nor should they. They poured too much time and money into the series to simply abandon it. I don't want them to tackle the final chapter of V nor have a go at creating VI, but I can live with a spin off or two.

It's September and I'm in Japan, so of course I'm going to Tokyo Game Show! My press pass is sorted - I'll be contributing to Critcal Gamer as well as posting here - and I'm excited for my first TGS since 2011. I'm looking forward to checking out Yakuza 6, Resident Evil 7 (VR), Final Fantasy XII, Horizon: Zero Dawn, Rez Infinite (VR) and Persona 5 among others. The press days are 15th and 16th of September and I'll be tweeting throughout (@toomanywires_). Can't wait!
Contemporary Games Japan