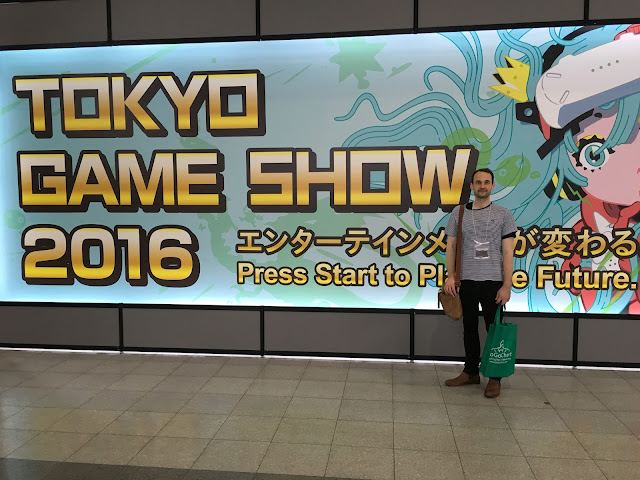 Tokyo Game Show is over for another year. Most of the foreign press are on their way home; those of us left in Japan are busy sorting our TGS swag into combustibles and recyclables. The public have filed out of Makuhari Messe for the last time.

All we have left are memories. And blisters, because we wore the wrong shoes.

I also have a phone full of photos, most of which didn't come out very well because it's near impossible to take a decent shot in the dark halls of TGS. Here are a few of them, alongside a couple from my good friend Stevie (top, P5 x 2, Yakuza 6, Phone cases, Nioh). 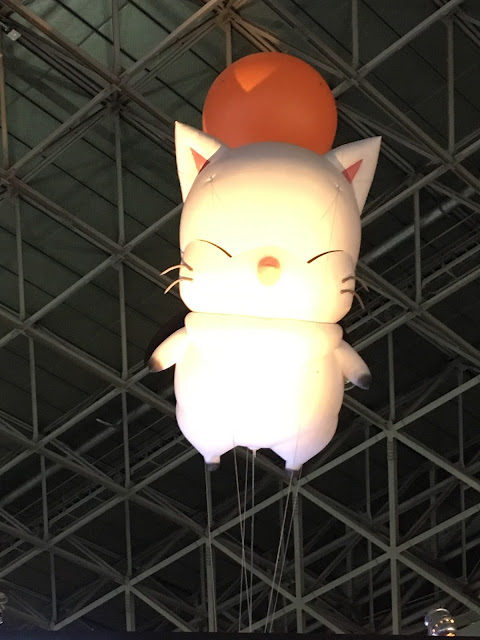 Ah, the giant Moogle. It was suspended above Square Enix' booth and has been a TGS fixture for as long as I can remember (since 2006?). SE had a fairly decent showing this year, headlined by a trio of Final Fantasies - XV, XII HD and World of FF - alongside whatever the latest Kingdom Hearts is. Three point something into night: Duodecim? Fuck knows. 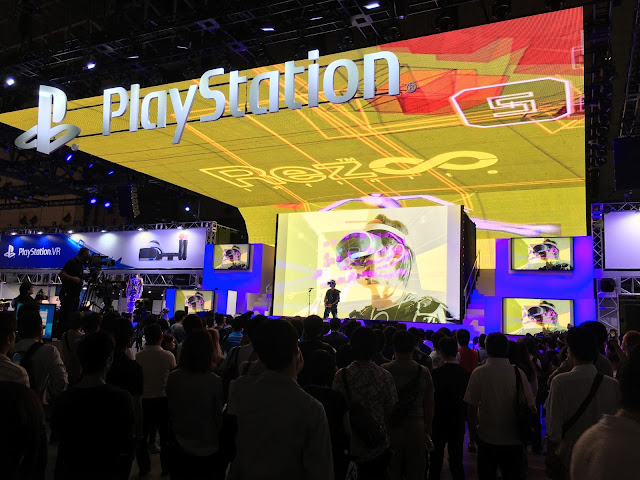 As per usual, Sony dominated the show. There were a dozen or more PS4 demos, as many again in VR, a couple of Vita titles, a huge stage area and a mini-theatre running the latest trailer for The Last Guardian. Horizon: Zero Dawn had the longest lines among the regular games, but it was VR that attracted the most attention. The picture above is of Tetsuya Mizuguchi demoing his latest Rez update, Infinite VR, while wearing the pulsating Synesthesia suit. It was very loud and very big box, little box. 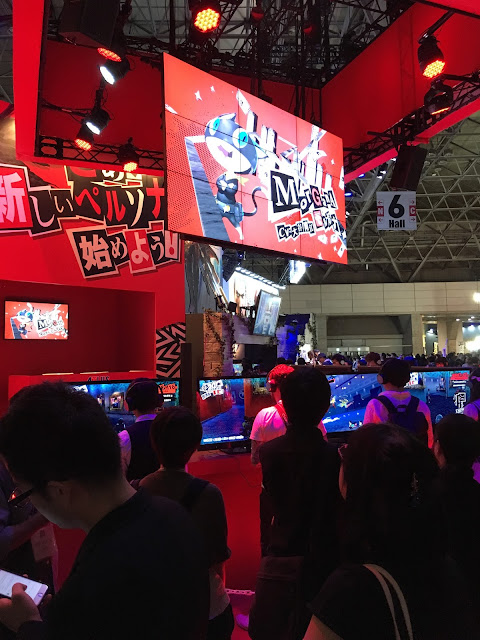 Playing Persona 5 at the SEGA booth. You can check out my P5 impressions here. 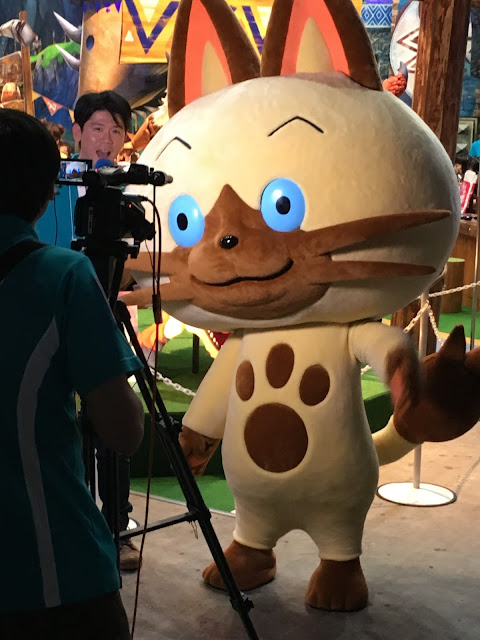 A cat being interviewed for TV, because TGS. This is actually a Monster Hunter felyne, promoting Monster Hunter Stories. Unfortunately, I didn't have time to check the demo, though I would've very much liked to. 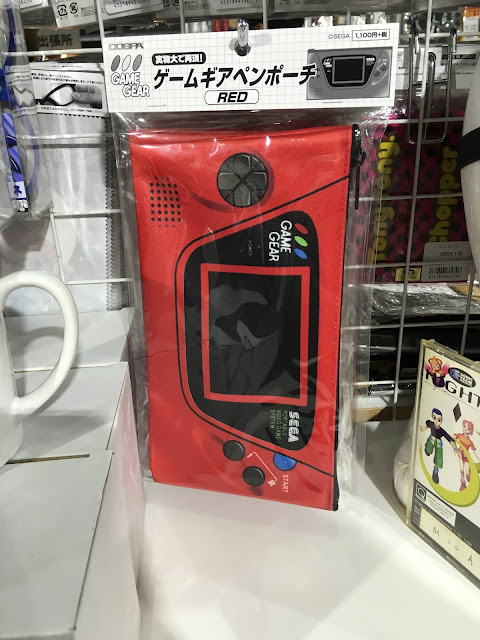 There was no shortage of silly merchandise at this year's show, particularly of the Sega variety. I was tempted to buy this Saturn phone case, along with a Yakuza 6 mug and Game Gear pencil case, but I resisted because I'm sensible. I later blew my money on beer and shitty izakaya food, and I may yet buy the phone case.

Unfortunately, I didn't play Nioh, but I did like Koei-Tecmo's booth. The demon bears a striking resemblance to me, after I woke up at 5am on Day Two. 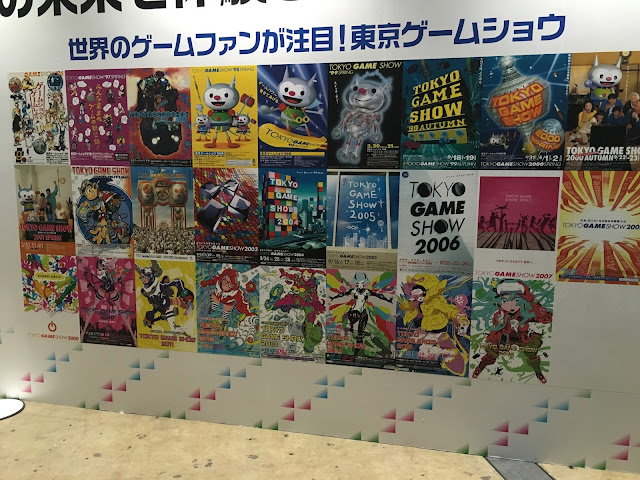 This year, Tokyo Game Show celebrated its twentieth birthday. There was an interesting display of retro games and paraphernalia, including every TGS poster since the shows inception. Me, writing this post. The FFXV mask hides the bags under my eyes. At least something good came out of the FFXV demo.

Be sure to check back over the coming days, as I'll be posting lots of hands-on impressions. I'm also writing over at Critical Gamer
Tokyo Game Show '16