Spider-Man: From Disinterest to Full Embrace 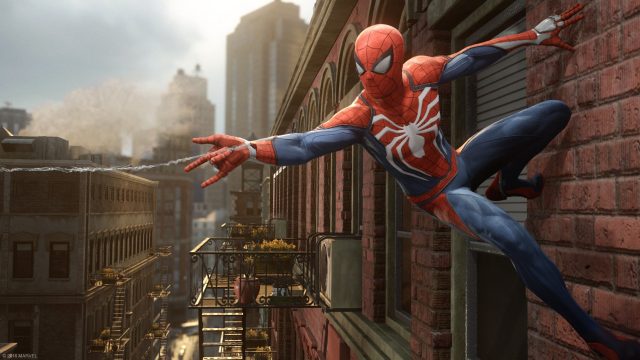 Next week I’ll be covering Tokyo Game Show, so I need to remember how to write words about games. That’s why I’m blogging every day for the next week, after which my TGS coverage will kick in.

Like 98% of all PS4 owners, I'm currently playing Spider-Man. I've only played a couple of hours, but it's pretty good. Bet you weren't expecting that!

Initially, I was thoroughly disinterested in Insomniac’s latest. However, the excellent reviews and sparkling word of mouth gradually wore me down. Before I knew it, I was web-slinging my way across New York, collecting backpacks and failing to kill criminals.

With a few video game exceptions, I don’t really care for anything superhero-related. I especially don’t care for Toby Maguire. I honestly can’t name a single Toby Maguire movie that I like, including that one about biscuits that everyone else enjoyed.


Spider-Man is picking up steam and I’m doing my best to ignore it. I’m really good at blocking out games that I’m not interested in. I automatically skip the articles, tune out podcasts, power-nap through videos and stop hanging out with anyone who is even remotely interested in said game. This is basically what I’m currently doing with Smash Brothers Switch – a game that I know everyone is excited about, but I have no idea why. I get the gist, but I block out the details.

I was very aware of S-M’s existence, but I wasn’t giving it the time of day. I don’t even like Toby Maguire, for crying out loud.

The fog begins to clear. The constant barrage of previews is starting to chip away at my resolve. I can’t help but notice all the tweets by embargo-tied journalists who desperately want me to know that they are playing Spider-Man, without actually mentioning it by name. They seem to like it.

I’ve looked up the release date on Wikipedia, and I’ve also finally taken note of the developer, Insomniac, and realized that I like their games. I enjoyed the Resistance series and appreciated Ratchet & Clank from afar.

The reviews are out and they are very good indeed. At this point, there's no escaping the Spidey-boy.

My Twitter timeline is overflowing with different versions of the same screenshot – Spider-Man against a New York sunset – and even people at work are asking me if I’ve played it. As I become more and more exposed to the game, I notice that it resembles Infamous and the Batman Arkham trilogy. That’s undoubtedly an attractive mix, but I’m still not buying it.

Probably not buying it, anyway.

I'm standing in a games store with a copy of Spider-Man in my hand. I don't how I got here. My head hurts and I can smell burning hair; I’m not wearing any shoes.

I don’t know how I got here.

Spider-Man is out of stock - I feel an overwhelming sense of relief but also disappointment. The security guard ask me to leave. I put my trousers back on and head back home.

I return the next day and buy Spider-Man.