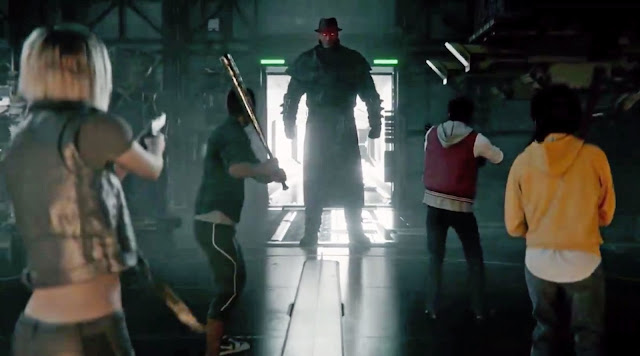 Project Resistance was a surprise. Announced just a few days in advance of Tokyo Game Show, it was a welcome addition to what was shaping up to be a very limited selection of demos at Capcom.

The initial announcement offered only the basic details. I understood the premise, but everything else was a mystery to me. It made for a nice change, going into a demo unsure of what to expect.

As we waited for our turn at the kiosk, we were given tablets that ran instructional videos. Only then did I start to understand what exactly Project Resistance is.

Project Resistance is a 1 vs. 4 asymmetric online survival horror. The group of four are the survivors, trying desperately to escape a trap-laden and zombie infested series of rooms. The team consists of one each of the following: a healer, a hacker, a tank, and a guy who's tasty with his fists. His name is Samuel. At the start of each stage, players race to pick their favourite; during my demo, I tried all but the hacker. For the most part they play the same, with the exception of a few special abilities unique to each character. For example, the healer can drop a curing beacon that will cure everyone within range, and she can also locate key items with x-ray-like vision.

The fifth player assumes the role of the Mastermind. It's their job to prevent the survivors from escaping. They sit in a room watching the events unfold via security cameras. They can spawn zombies and other abominations, release the hounds, set traps, fire turrets, lock doors and even take direct control of some enemies. Their trump card is Mr X, who can be unleashed on the helpless survivors when certain quotas are met.

The survivors have a set time to escape. Whenever they achieve an objective or do something praise-worthy, time is added to the clock. Conversely, every time the Mastermind successfully impedes their progress, time is shaved off. That's the set up. So far so good.

Unfortunately, playing it was far less enjoyable than it sounded. 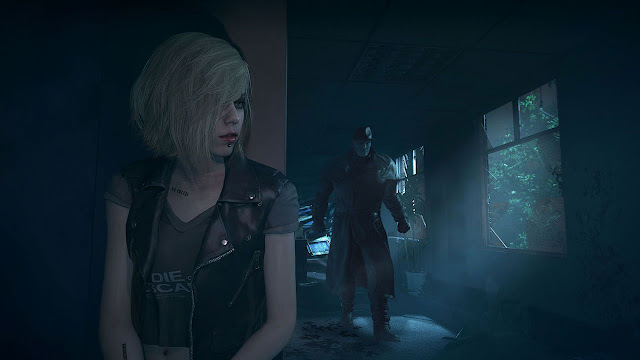 Getting through the rooms in time was a very tall order. Most of the objectives were simple - find the missing puzzle pieces or locate the zombie carrying the key - but the odds were stacked so greatly against us that getting everyone to the exit proved exceedingly difficult. Two of us would get to the goal, only to realise that the other two were bleeding out a couple of rooms back, surrounded by a pack of zombies that we had no hope of defeating. We'd have a limited time to revive them, but allowing them to bleed out and respawn was often a better idea. That was the beginning of the end, and this scenario played out several times over the course of our twenty-minute demo.

The narrow corridors were teeming with zombies. Whatever the limit on the Masterminds resources, it was clearly too generous. It didn't help that the camera was tough to manoeuvre and I was constantly losing track of my teammates. We did progress through a few rooms, but when we succeeded it felt like the Mastermind had done something wrong, rather than us having done something right.

At the end of our session, I had a quick chat with the player who had assumed the role of the Mastermind. Without my prompting, he admitted that his job had been far too easy. All he needed to do was spawn zombies at the choke points to ensure victory. He seemed to enjoy the demo far more than I did, unsurprisingly.

Without playing more, it's hard to tell if my issues were the game's or our own. Perhaps we just needed to get good? Regardless, the balance between the Mastermind and the survivors seemed well off.

I do still love the premise of Project Resistance. It's an outstanding idea and a great use of the Resident Evil IP. I just wish it had made a better first impression.
Tokyo Game Show '19