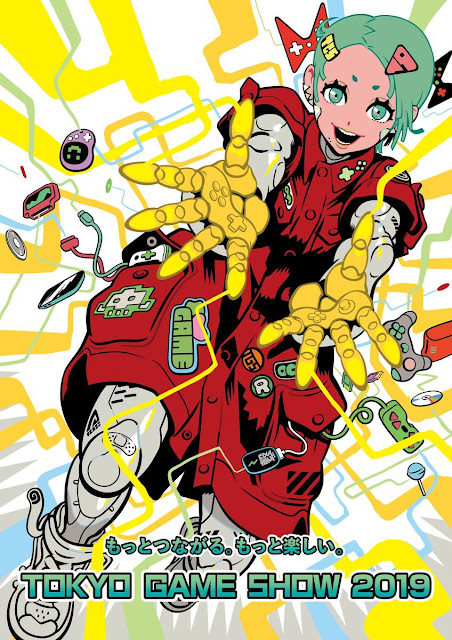 Tokyo Game Show starts tomorrow and I am very ready for video game Christmas. I'll be covering both press days here and also over at Critical Gamer.

I'll be making a beeline for the Final Fantasy VII Remake demo as soon as the doors open on Thursday. I expect to be bitterly disappointed, upon finding that the line has already been closed. Newly announced Resi game Project Resistance sounds promising and I will definitely be trying out Yakuza: Like a Dragon. Iron Man VR has piqued my interest, and I'm keen to spend some time in the indie area. With this gen wrapping up and the next not yet revealed, it's likely to be a subdued show for new, high-profile games. Therefore, I'll need to spend some time with experiences outside of my comfort zone. A rhythm game, for example, or some abysmal hentai shit.

Those are the games. What follows is something else.

You need to plan ahead for TGS. It's a long day spent on your feet, suffering through Japanese humidity and battling huge crowds.  It is a non-stop assault on the senses.

You need to pack carefully to survive. This is what'll be in my bag.

I am on the train to TGS. I am thinking: Right, I've definitely packed everything. I've got two printed copies of my application form, a stack of business cards and my ID. There's no way they would deny me entrance with such an exhaustive collection of paperwork. Now I know I've packed everything, but it wouldn't hurt to open up my bag and check one more time, would it? Yes, there they are, exactly where I packed them 20 minutes ago. Actually, I wasn't really concentrating when I just looked at those, so I'll give them another once-over before I zip up my bag. Yes, everything is order. I'll just touch the plastic file this time, to confirm its continued presence in my bag. No need to actually look at them, as I'm not mental. Oh god, did I lock my front door?

A Wad of Money

Everything is 25% more expensive than it should be at TGS. Drinks, food, and in particular merchandise. The latter fills half a sizable hall, with everything available, from t-shirts and soundtracks to soft toys and chopsticks. SEGA is one of the worst offenders, peddling all manner of crap plastered with decades worth of nostalgia. That being said, I'm very excited about these Mega Drive socks. They are my kind of ugly. 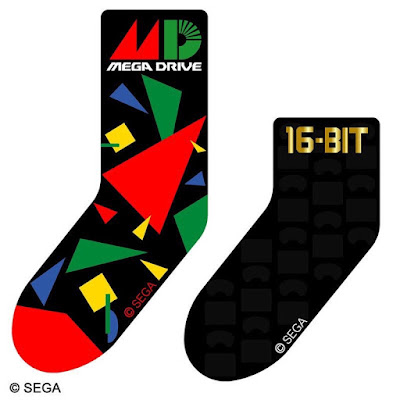 Just consider for a moment how many people will handle a single demo controller over the course of TGS. It'll be in the hundreds, if not the thousands. Many of those people will not have washed their hands after visiting the bathroom. The booth attendants do their best to wipe down the controllers, but its a perfunctory gesture at best. They're not professional cleaners. I know, as I've asked.

I've often wondered what happens to game show controllers - are they retained for the next big event or are they discarded at the end of the show?

I don't have many friends.

Every year I bring a portable gaming device, which I'm almost guaranteed not to touch. I line up a bunch of games ideal for burning time while queueing, yet I rarely get to them. I prefer staring into space, refreshing twitter every thirty seconds, or watching the same promo video loop over and over again. Whatever, I'm still bringing my Switch. I just finished Fire Emblem Three Houses and I adored it, but I still need to get to Into the Breach and I could always spend a few more hours on Lumines. Or maybe I should just bring my powder blue Game Gear and be a pretentious prick?

I'm going to be producing an ungodly amount of content over the next few days. Most of my content will be produced intentionally, but I'm also expecting to produce some accidental content. I've asked my family not to talk to me until next week, so as not to interrupt my content, and they have happily obliged. I'll be tweeting live from the show and blogging in the evenings, so I'll need to keep my phone and laptop charged, hence the chargers. I'll also pack a phone and a laptop obviously, but I didn't feel that they required their own paragraph.

I will be lugging around far more by the end of the day than at the outset. Pamphlets, catalogues, cheap bags, plastic fans, magnets, stickers, tissues, more pamphlets; a pair of Mega Drive socks. At TGS you can't help but accumulate stuff, even if you don't mean to. Japan's landfills will be teeming with Hatsune Miku bags come next week. Somewhere, a baby dolphin will choke on a Monster Hunter key chain.